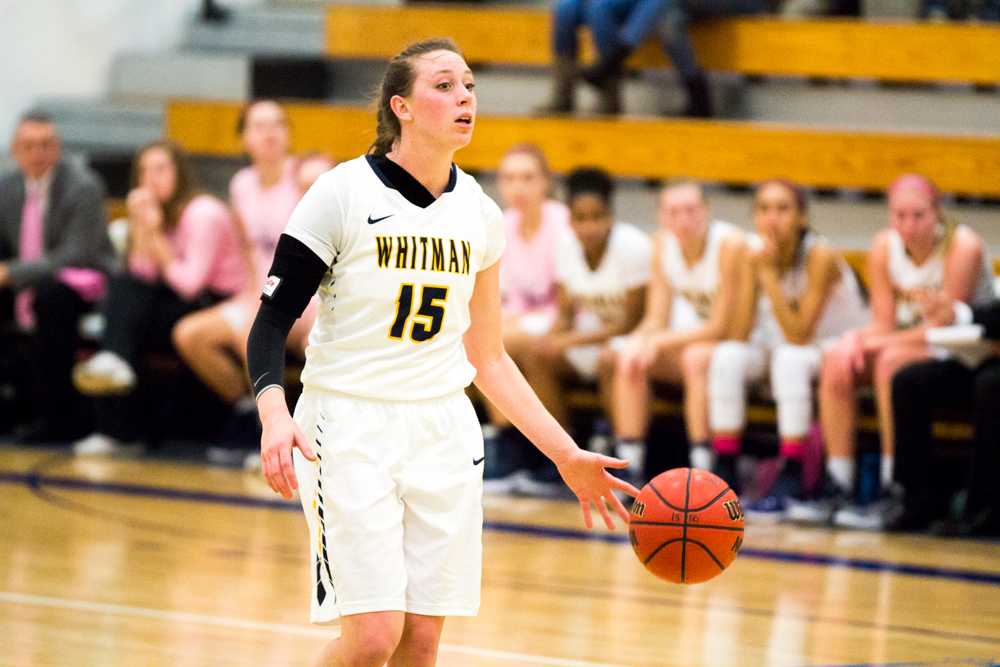 With a loss to the University of Saint Thomas in the Elite Eight round of the NCAA tournament on March 11th, the memorable 2016-2017 women’s basketball season came to a close for the Blues. Achieving a final overall record of 26-5, the women deserve a look back at one of the most successful seasons in the program’s history.

The team started the season in mid-November with an incredibly dominant run. From the start of the season to mid-January, the women won 14 games in a row. Only one of these games was close (a 55-53 win against Eastern Oregon University) as the team dished out a series of decisive victories. Highlights include a 104-43 win over Colorado College, a 74-37 win over Linfield and an 88-41 victory over Pacific Lutheran University.

Next the Blues overcame a rematch with George Fox in the Northwest Conference Tournament semifinals, and moved on to beat then a ninth-ranked Puget Sound team in the NW Conference Championship. With the Conference Title under their belt the team earned an automatic spot in the NCAA Tournament.

The women once again turned around to beat two of the few teams that gave them trouble in the regular season, with a 76-72 win against George Fox in the first round, and a 69-67 win against Puget Sound in the second.

“Losing to both George Fox and UPS in the regular season definitely made the postseason victories that much more enjoyable. The games that we lost to them in the regular season easily could have gone our way, so going into the NWC and NCAA tournament games we knew we had a good chance of winning, even though we were technically the underdogs in all of those games,” junior forward Emily Rommel said.

Ending the regular season in third place in a conference with three powerhouse teams made their post-season upsets that much better.

“We were playing our best basketball at the end of the season which is how it should be. We were a family all season and when you’re having fun and competing with your best friends it makes everything that much sweeter,” senior guard Chelsi Brewer added.

One of the biggest sources of success for the women was the amount of depth present on the roster.

“We didn’t rely on any one player to provide a huge portion of our offense. When one person had an off night, somebody else would step up. The balance among our team gave us an advantage that other teams didn’t have. In most of our key victories towards the end of the season, our bench points outscored our opponents,” Rommel said. “When all rotations are just as strong as our starting five, it makes it very difficult for our opponents to keep up with us.”

Using these strengths through the rounds of 64 and 32, the Blues met up with No. 7 Trinity in the Sweet Sixteen and upset the Tigers with a 69-59 victory. Their tournament and season came to an end when the team ran up against No. 2 Saint Thomas in a 48-65 loss. The women’s postseason run earned them the seventh slot in the national rankings to end the season.

Though key players Brewer and Senior Alysse Ketner will be graduating before next season, the team is still stocked with young talent.

“We do lose two teammates this year but we also gain a couple…I think we’re going to have a great season next year because majority of the team this past year is returning,” junior guard Casey Poe said.

With key contributors like first year Makana Stone and sophomore Maegen Martin set to stick around for years to come, the Blues are in a great spot to stay competitive.