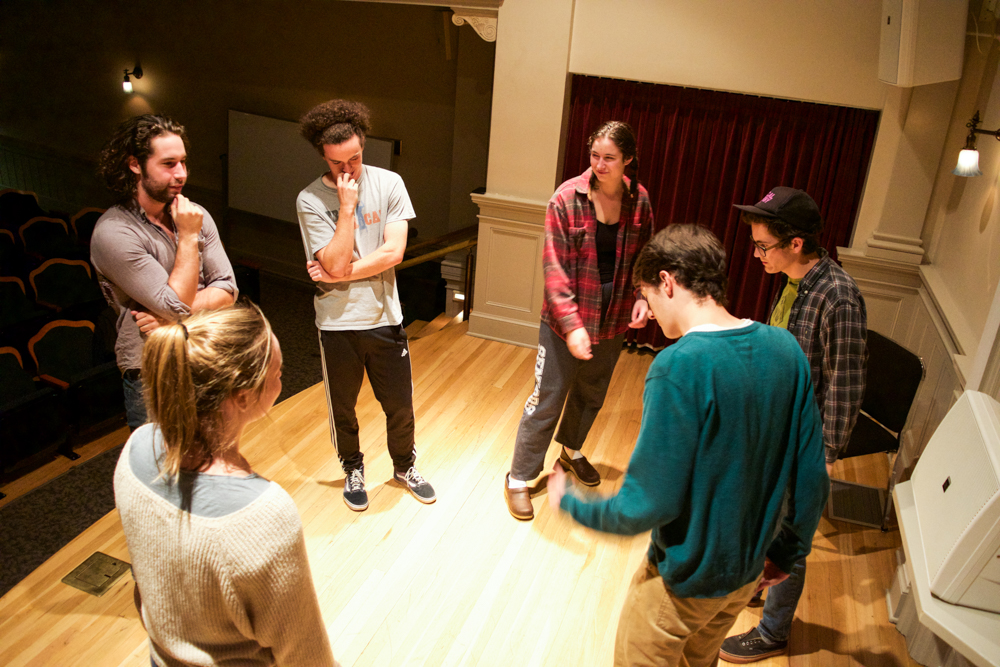 Off and about the stage with Varsity Nordic Improv

Nineteen hopeful prospective members of Varsity Nordic, Whitman’s improv group, filed into Harper Joy’s acting classroom in September and quietly sat down in a row of chairs in the back.

Four current Varsity Nordic members, ebullient, bounded into the front of the classroom.

They faced the newbies.

“Hi, we’re Varsity Nordic!” said sophomore member Ruby Daniel, in much of the same way the team announces themselves during their improv shows. “Welcome to our workshop.”

TAKE ONE: THE WORKSHOP

The Varsity Nordic workshop was low-stress, low-stakes. It gave prospective Nordicers a space to goof around and try out improv. Many who participated in the workshop were there just for fun, while other chose to pursue auditions, which occurred during the following week.

The space was designed to reflect improv’s essential spirit: playful and free-flowing.

“The floor is a trampoline when you’re doing improv. You can bounce as high as you want, you can fall down, you can be an egg and someone else can bounce you open. You can do whatever you want and there are people around you who want to do it with you who will support your choices so you can kind of go anywhere,” Daniel said. “It just feels good.”

“It’s just another way to express yourself and to play with people. So much is about what the two of you are doing in that moment. It’s just another opportunity to really be with someone in a present place and play with them, which I think is rare,” added Noah Yaconelli, a senior member of Varsity Nordic. “No matter what, you don’t have a choice to not be present and playful.”

A warm-up unlike any other varsity sports’ team, Varsity Nordic taught the participants a series of nonsensical, playful games to get the comic blood flowing.

The first game was called “Five Things.” Everyone shuffled into a circle and one person in the circle pointed to another, giving them a topic to say five things about.

“What are five embarrassing things that you did today?” one participant asked.

“One!” Everyone else in the group shouted.

“Couldn’t think of a fifth thing!”

“It’s tough to be able to come up with these things!” The person laughed.

The cycle went on and on until everyone in the group had said five things about a particular topic. The topics ranged from naming five green items to five ways to describe hair.

The next game was called “Hey Fred Schnieder, what are you doing?”

The group stayed in a circle and clapped their hands to a funky beat. Everyone in the circle named off something that Fred Schneider, whoever he is, could be doing, such as “sipping cocktails out of a mason jar” or “blowing tiny kisses to my aunt.”

After everyone gave their theories as to what Fred Schneider was doing, they all shuffled back to their seats to receive a mini-lesson in the art of improv.

Sophomore Varsity Nordic member David Lilburn gestured to the acronym CROW, which was written on the chalkboard in the acting classroom, and explained that CROW stands for “character, relationship, objective and where.”

Lilburn said these ideas are something to keep in mind on the onset of a scene. The key to a good scene is rooting yourself in these ideas and following it through to the end of the scene.

To practice this, all 19 participants got into two lines; one line was on one side of the room and another line was on the other, facing each other.

One person from each line stepped out of line and met each other in the middle of the room.

While they made it clear that the participants didn’t have to physically dance, they were instructed to construct a scene from that one word – a scene with only three lines. Varsity Nordic suggested that the first line should be establishing either a name or where you are at the first line, and then move into where you’re going by line three.

Performers didn’t always stick to their prompts as they let creativity take hold of them. A scene in which someone was feeding a giraffe went to birthing a child, and then transitioned into a photographer taking pictures of a model. The scene took on a mind of its own.

Before formal auditions, Varsity Nordic took time to sit down and talk with The Wire about what they were looking for in their newest members.

Many members of the team said that good communication and listening skills are preferable to someone who is just funny.

“Listening well will lead the scene well,” Yaconelli said. “Listening well, and then a sense of, I think, play. For me, you look for someone who is willing to be there, or wants to be with that person, wants to have that interaction.”

Their comedy troupe isn’t constrained by one particular type of comedy, either. Playing together also means playing off of other styles of humor.

“I would say, on the team, a lot of us have different comedic styles, but we all listen to each other, we want to be in scenes together, and we want to make something go somewhere that is more than just us,” Daniel said. “So we’ll be looking for people who want to go to that place with us.”

“You need all kinds of people with different senses of humor to be on a team otherwise it feels like you’re getting the same joke, over and over for an entire show,” Yaconelli added.

Prospective performers got to the Hunter Conservatory, where improv shows are usually held, at 10:00 p.m. on either Monday or Tuesday.

The night started out similarly to the workshop with a round of “Hey Fred Schneider, what’re you doing?” along with a game in which they pass claps to each other “to get into the headspace.”

The auditioners got into two lines once again and did three-line scenes, which eventually transitioned into the longer-form scenes that were done at the end of the workshop. Scenes ranged in themes from Scooby Doo, popcorn, trickle, snowmobile, tea party, cabana and seahorse.

Out of the 16 people who auditioned, ten were called back.

After a brief warm-up to get into the improv mindset once again, the final ten engaged in long-form scenes with a partner assigned to them by Varsity Nordic.

Daniel said that Varsity Nordic chose to pair people up according to their energies on stage. She said they wanted to experiment with people who have different physical presences, people who are more quick-witted than others, etc. and what happens when you pull together these different types of people.

Varsity Nordic gave the group a word, prompting anyone to go into the scene to open it. Anyone could change up a scene by tagging everyone who you don’t want in the scene anymore. They could either keep the scene as is or change in completely.

This was the opportunity for Varsity Nordic to jump in and test how well they jived with their potential teammates.

The word was “sponge.” The scene went from being about a sponge salesman to a couple looking to take a sponge bath, to cops looking for elicit sponge dealers, to a sponge mafia, to family relations of the aforementioned sponge mafia, to a lucrative sponge business, to the Jamba Juice hiring process, intermixed with a TV station covering the volatile sponge news.

On Friday, September 15, at 1:20 a.m. Varsity Nordic member Molly Cameron, ‘18, sent an email out to all who went through callbacks entitled “Callback results.”

“Hello All, After many deliberations we have made the decision to add the following two people to the team: Ashlyn Quintus, Chris Meabe,” the email read. “Thank you all for coming out to callbacks, it was truly a joy to watch! You are all very talented and funny people and we encourage you to audition in the future and continue to find ways to pursue comedy on campus. With love, V-nord.”

Quintus, ‘20, and Meabe, ‘18, come from separate worlds in terms of the activities scene: Quintus is really into theater, while Meabe is the ASWC Finance Chair (he says Varsity Nordic has given him a nice break from that job).

However, both like to be goofy and joke around with their friends, something that drove them to auditions.

Auditions were a blur for Meabe as he went in virtually blind, only having seen one Varsity Nordic show and missing the tips that came from the workshop. However, he kept going and enjoying it, seeing where things went.

“The first time I saw Varsity Nordic was this year. Not only had I never done it, I had never seen it,” Meabe said. “It was a true improv experience. I was really making it up as I went along. And it was terrifying, but in a really energizing way.”

“The thing that made me keep going was thinking, ‘Wow, can I really do this?’” he added. “If I hadn’t liked auditions, and if I hadn’t been excited for callbacks, I wouldn’t have gone.”

Quintus, on the other hand, was moving from an opposite direction. She had always memorized scenes for theater and created a world in her head before stepping into a scene. Through auditions and time on the team, she has learned to break apart that preconceived world and create as she goes along.

“You’re definitely just up there just kind of swimming, you’re treading water, until things start to settle in and you can live in this world you’ve contrived,” she said. “I mean basically you don’t know what you’re going into. Someone starts something and you go in there and you’re both discovering it at the same time. Where are we and what is this world we live in?” 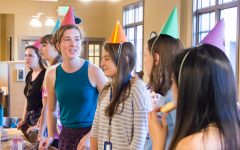 'I Hope I Make Friends' 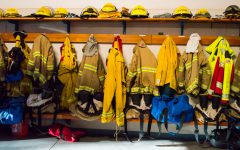 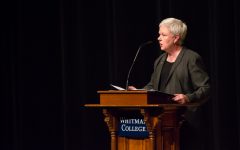 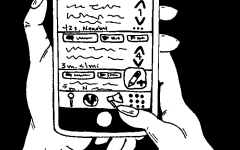 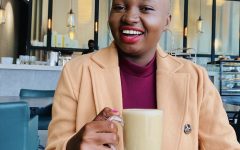 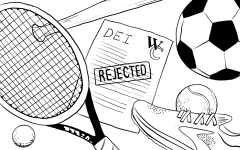 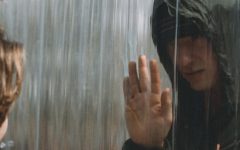 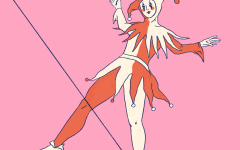 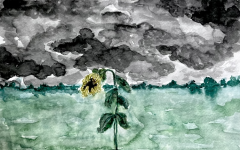