A Visit to the Museum of Unnatural History

Gerry Matthews sits in a dentist-type chair wearing a translucent green visor for about four and half hours each Saturday. He pretty much sits there the whole time. He may move an arm to reach for his tally counter when you walk through the door. Or, on greater occasion, stand up to present to you La Couille Gauche de Napoleon (Napoleon’s left testicle).

He rents a walk-up on Main Street where he displays art that he has made throughout the past 30 years and he calls it “The Museum of Unnatural History.”

This Saturday, I made my second visit to the museum. I was shown the testicle for the second time (without any prompt) that, by the way, is just a pebble.

Gerry, at first, seems unapproachable. He blends into his own artwork as he stoically sits with a lamp posited on him like a showcase box. But don’t be intimidated. He does talk, and it seems like he does like to talk, especially if you’re giving him nice compliments. He mentioned he likes to hear “awesome” and “very cool” when given any comments.

His voice is chalky and crisp and speaks in a cadence like he is reading you a children’s book. And soon it won’t surprise you that he was a voice actor, and he will tell you how he was the voice for “Sugar Bear,” a cereal cartoon mascot for many years.

It might be hard to hear him though, because there’s sound of a mysterious generator that seems in need of fixing, or you may hear a screeching sort of engine (you later understand that it comes from a collection of three art pieces rotating in conjunction, composed of green plastic army dolls and American flags). On particular occasions, you may even hear blasting swing music from a stereo.

You may feel like you’re in a David Lynch film with the sparks of light in the corner of the ceiling, or that you’re in some kind of fun house with all the spinning mobiles, unreasonable number of masks, an abundance of clown heads.

Everything is packed in here. It looks like a candy shop filled to the brim with absurdist dioramas and sculptures. You will probably want to spend all day or no time there at all. Each little piece has its own title and story: there is “Born Again in UCLA” that features a god-like ken doll, or “What’s With All the Friggin Buttons” that just has a lot of buttons. His latest piece is a plastic puffer fish with a blond wig labeled, “Trump.”

Many of the pieces have descriptions along with titles. Some of them are a play on words, like “The Tower of Cosmic Irrelevance,” and others are inspired by books like “Waiting for Godot” or “Fools of Fortune.”

“I just start making something ‘till it starts to remind me of something and then I make the title up,” he said. “I like the titles a lot.”

If you ask, Gerry might tell you his take on a piece. Or he will tell you how he started to make these sculptures.

“It was a sort of Vietnam objection,” he said pointing to his first piece, labeled “God is an American.”

“Most of this was made during the Bush era, which I thought was full of ripe material.”

“I’m running out of ideas and I can’t see very well anymore.”

But the pieces are still relevant, and certainly political. You will really notice how much of the art is really just him. If you ask he will tell you about each photograph that’s nestled into the corners of the museum. One piece named “Autobiography” showcases generations of family photographs, toys, coin purses and his father’s shoe. In the back, there is another display plastered with Gerry’s old union cards, ID’s and passports. Above it is tucked a glossy photograph from the ‘80s of Gerry and his wife Pat; you’ll quickly understand that they were the picturesque artist power couple.

“People who don’t understand it, they just turn around and leave,” Gerry said.

“Some people simply don’t concentrate on it at all. They don’t look to see what it is,” he continued. “They don’t try to get the connotations or the jokes.”

After leaving you might feel a little off. Whitman student Sarah Davidson, ‘20, recently visited the museum herself.

“I walked away being like what did I just go into,” she said. “It’s like going inside some else’s mind.”

One Response to “‘Opinionated, Satiric Iconoclastic Creations of Questionable Taste’” 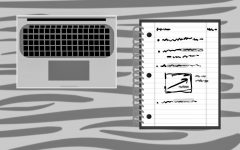 Bridging gaps of accessibility in the Walla Walla community 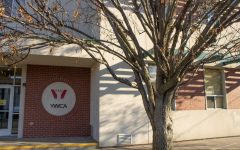 YWCA: Services from and for Walla Walla women 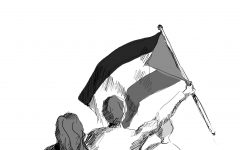 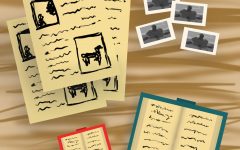 Whitman’s archives piece together the past 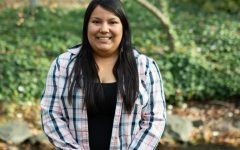 A home for longer than four years: Whitties from Walla Walla