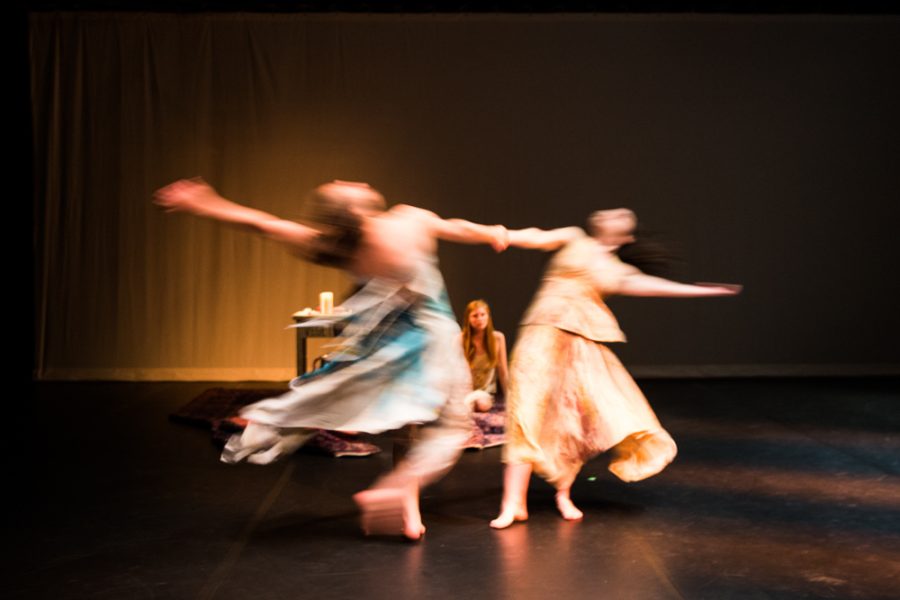 A sweeping set of performances came to the stage at Harper Joy Theatre for Whitman’s annual Spring Dance Performance, titled “breath, sweat, hair, dirt, dust.” Performances ran from April 12 to April 16 and featured the artistry of student performers alongside some notable guest choreographers.

The program included three pieces, each choreographed in styles distinct to the artists. Visiting Professor Nickels Sunshine performed in, as well as choreographed, “Take Me With You,” that opened the showcase. Accompanied by music that transitioned from ethereal to lyrical, Sunshine and student dancers performed it with beauty, emotion and rawness, using a mixture of fluid and forceful movements.

“Lately, I’ve been making very emotionally driven works that use ballet and modern dance, technical movements … pushing the edges of form and the body,” Sunshine said. “My works are driven by my somatic explorations, so I find that my material is maybe more closely related to my psyche and something that’s more intuitive.”

The second piece, “Beginners’ Club,” was choreographed by Professor Peter de Grasse. The piece used spoken text and also recalled Tanztheater, a combination of dance and theater styles that was partly influenced by German expressionist dance.

“There’s an aspect of [Tanztheater] where you have performers who are not really just themselves dancing, but they’re not creating characters the way that performers would do in a play; it’s something in between,” de Grasse said. “The work with text is part of how they arrive at that persona.”

“Beginners’ Club” engaged all the senses with rhythmic dancing, the smell of a lighted candle and a section of singing. Jokes, loud running and laughter brought together a layered, theatrical dance. Echoing its vocal component, the last thing the audience would hear before the piece ended was remnants of laughter offstage as the door closed behind the performers.

Contrasting from the choreography of Sunshine and de Grasse, the work of guest artist Yvonne Meier incorporated humor and improvisation through a technique she developed called “Scores.”  For this technique, Meier stood onstage reading directions to her dancers during the piece “Sister of Gogolorez,” which the dancers would follow with their own interpretations. Thus, the piece was danced differently during each performance.

Meier noted an interesting way the audience became more engaged with the dancers through Scores, which was evident through the performances in Harper Joy.

“Whenever I would do something like giving them Scores before the show and then they had to do them, I felt there was a wall in between the dancers and the audience,” Meier said. “But when I say the Score and they hear them in the same time, that wall would get erased.”

There was certainly more visible interaction between the dancers and the audience, who would laugh or gasp as the dancers performed funny, beautiful or tragic Scores.

Despite the differences in each piece, there were certain aspects tying them together.

“There’s … something in the air that’s shared by these works,” Sunshine said. “It’s confrontational, maybe.”

De Grasse pointed out the way each piece stems from its physical aspect. 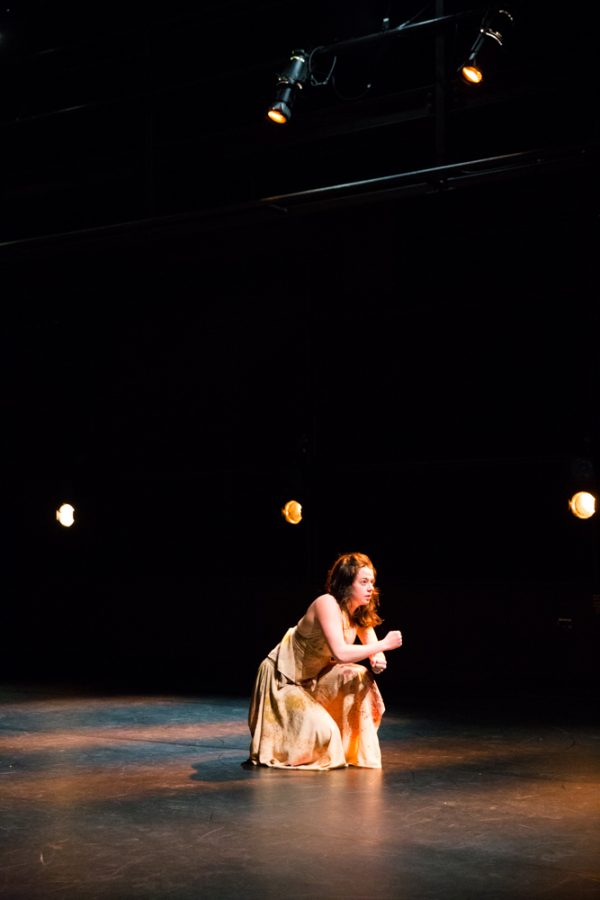 “If there’s any theme, it has to do with the creative process and what we prioritize,” de Grasse said. “And how we prioritize things has some commonalities in the sense that … what we’re doing starts with the labor of the body.”

Through the hard work and discipline of the dancers and production team, as well as the expertise of all three choreographers, the showcase was a well-attended success that offered a sense of why dance is so valuable.

“It’s a life force,” Sunshine said. “It’s just essential that we move. And dance is a way of communicating, and it is beyond language. It is a consciousness that we can share, and … dance is in every culture, every time, and it’s human and so it’s important.”