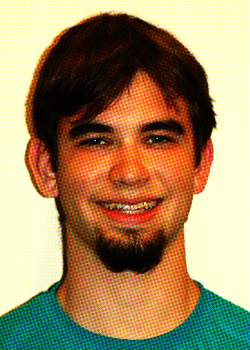 Promoted by the Web site thisnovember5th.com, the creators chose the date to commemorate Guy Fawkes, who attempted to blow up British parliament because of its anti-Catholic policies. The British holiday has become a symbol for opposition movements and reached the American mainstream through the movie “V for Vendetta.”

The fund raising has shot Ron Paul to a total of almost $7.4 million raised in this quarter, already exceeding his $5 million raised last quarter and already over half way to his goal of $12 million this quarter. The event has shocked the mainstream media, who have discounted Ron Paul as a minor candidate with a fringe following.

But the numbers tell a different story. While other Republican fund raising efforts are contracting as time goes on because their big donors have maxed out their legal contribution limits, Ron Paul continues to grow since his supporters rely on tens of thousands of smaller donations. While the word is already out on Giuliani and Romney, most people still don’t know about Ron Paul, meaning that his potential is limitless.

What is even more shocking than money is the presence of grassroots organizations dedicated to electing Ron Paul for president. Though grassroots support is incredibly hard to accurately measure, let’s look at the existence of groups registered through Meetup.com. Ron Paul has over 110,000 Meetup groups throughout the country doing grassroots campaigning. The next highest presidential candidate on Meetup is Obama with 60 groups.

Another amazing arena of support for Ron Paul is coming from the military. Ron Paul’s message of a humble foreign policy combined with fiscal conservatism is striking a chord with the military, evidenced by the fact Ron Paul has raised more money from members of the military than any other presidential candidate.

But the question remains, does it matter? Even though Ron Paul is raising millions, so are other candidates. Even though Ron Paul has great ideas for our country, he needs the mainstream media to give him a fair take if his message is going to reach most of America. Even though he has hordes of volunteers, can that outweigh the experienced political advisors and campaign managers employed by Clinton, Obama, Romney and Giuliani?

The fact that so few Republicans actually voted or caucused in the primaries last year (Bush was it, why participate?) skews the polls that typically only consider “among Republicans who voted in the primaries last electionâ€¦so and so is the favorite.” These polls also don’t take into account that the majority of voters in New Hampshire are independents, so there is an inherent flaw with using polling to determine who will win that primary in particular.

What is for sure is that some campaigns start off strong and then die off (McCain), while others start small and gain momentum with each week. Let’s put it this way: If Ron Paul were a stock, I’d buy because he is undervalued in the national media and shows strong fundamentals in fund raising and volunteers. I would sell Clinton and Giuliani because both are overvalued based on what solutions they actually offer the American people and are subject to decreasing market share due to increasing competition.

The American people gave Ron Paul an enormous go-ahead on Nov. 5. His campaign has two months before the New Hampshire primary to use that support and money to grow the campaign even faster. The race for president just got a lot more interesting this week; it will be incredibly fascinating to watch and experience it unfolding in the months to come.