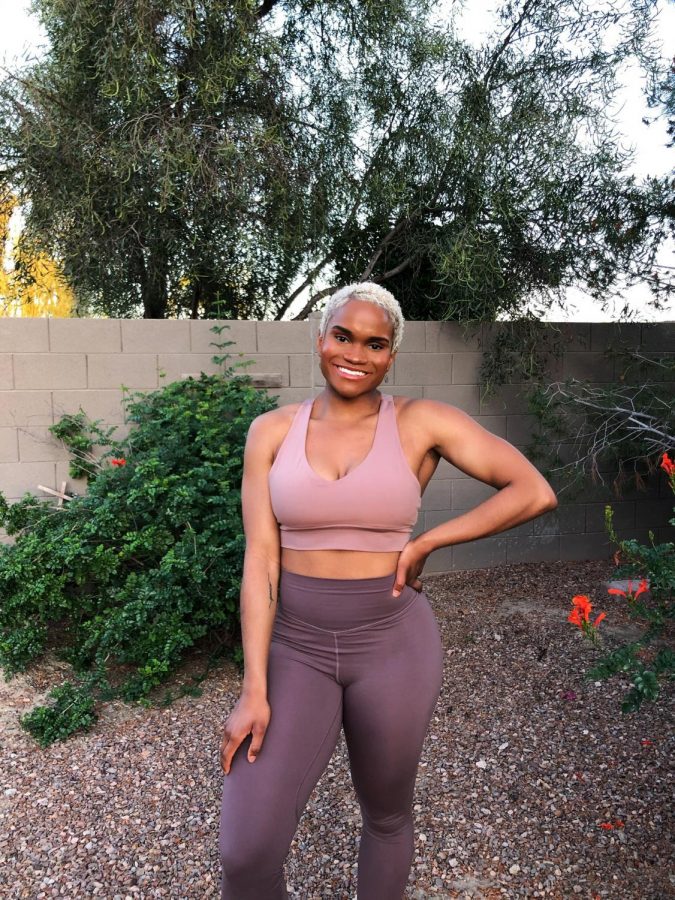 Anissia Hughes, a senior at Whitman College, accomplished a goal that even she didn’t see coming.

On Monday, April 13, Hughes was announced as the top pick for Balance Athletica’s Leadership Search 2020, a competitive contest by athleisure wear company Balance Athletica, which seeks to recognize fitness leaders who have profoundly impacted their community.

During her first two years at Whitman, Hughes was a member of the women’s basketball team. Despite deciding to end her basketball career, Hughes knew she wanted fitness to remain a part of her everyday life.

“I still wanted to work out just because it’s something that I’ve been doing my entire life,” Hughes said.

With the hope of turning her passion into something that could inspire and motivate others, Hughes began sharing her fitness journey online, posting her workout routines and sharing advice online for others to follow. For Hughes, being an athlete became more than just following a fitness routine – it was about being a leader and helping others.

“Fitness has been a part of my life since I was a little kid,” Hughes said. “Helping others and wanting to see people become the best version of themselves is a strong passion of mine, too.”

Balance Athletica’s mission to promote the inclusivity of all body types was something Hughes was already embracing as a fitness leader. She acknowledged the unhealthy and unrealistic standards sometimes upheld in the fitness world and wanted to use her presence as a fitness influencer to encourage others to break those norms. Balance Athletica was the perfect way to carry that message forward.

“Being able to work with a company that incorporates two of my passions made it easy for me to want to apply and pursue this opportunity,” Hughes said. “A lot of the time in the fitness world you see one type of person. [Balance Athletica] wants to get away from that.”

Through her fitness account on Instagram, Hughes promotes Balance Athletica’s mission, promoting a healthy lifestyle that does not conform to arbitrary body and beauty standards.

Being part of a nationwide search was not originally part of Hughes’ plan, much less winning Balance Athletica’s leader search.

However, Hughes’ work ethic did not go unnoticed. Moving forward through each level of the competition, Balance Athletica saw the potential in Hughes to become an ambassador for all that they stand for.

“I did feel confident and I was happy with all the work I put in to make it to the final round but at the end of the day you never know,” Hughes said. “Throughout this process, I did feel as if I would make a good fit within the Balance Athletica community, so I am happy that they see that within me too.”

Hughes was able to combine her passion for athletics and helping others reach their fitness goals, and she turned it into a dream job.

“When I found out that this was an opportunity to work out and promote a healthy lifestyle and just make others better and also to make it a career, it just made complete sense to me,” Hughes said.