Athlete of the week: Kai Strawn 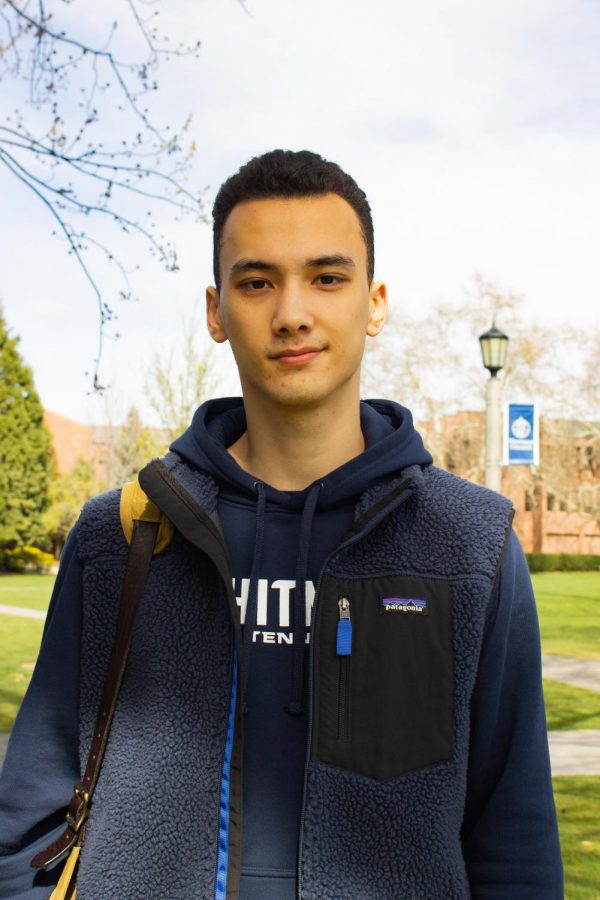 Sophomore Kai Strawn of the men’s varsity tennis team is this week’s athlete of the week. Photo by Chelsea Goldsmith

Coming hot off of a win this past weekend, sophomore Kai Strawn is our athlete of the week.

Strawn is part of the men’s tennis team, playing both singles and doubles. On March 8, Strawn and his doubles partner junior Ben Kirsch contributed to Whitman’s overall 9-0 performance against the University of Puget Sound.

Strawn’s tennis career began as a child, when he would play casually. Around high school, Strawn became serious about his tennis career.

“Starting to play seriously as I transitioned into high school meant becoming a pro was highly unlikely,” Strawn said. “But I didn’t want to stop playing after high school so I decided to continue playing in college.”

Beyond athletics, Strawn is an international student from Tokyo, Japan. He chose to continue his education at Whitman largely because of the team.

“The strikingly different environment/culture that Whitman presented compared to where I grew up, the excellent tennis record that the team has and the fact that the coach was very responsive, excited and had created a great team that appealed to me [was what brought me to Whitman],” he said.

“Speaking only from experience, Japanese tennis culture tends to focus on more details, strategies, patterns and technical aspects of the sport due to the inevitable and somewhat stereotypical physical differences of the players compared to those of the US,” Strawn said, describing U.S. players as typically taller and more muscular.

The typical college athlete has to find a balance between practices, academics and a social life, and Strawn is no different. As an intended psychology major, he has a full plate.

“I think there is some truth to the stereotype of this triangle of responsibilities, in that there is almost no way to maintain all of them all the time,” Strawn said. “I myself usually tend to put less time into the social aspect so that I can focus on the personally more important sports and academics. However, there of course are times that I indulge more in social life when work loads are light and the tennis schedule is less packed.”

“It’s a delicate balance that can fall apart very quickly,” he added.

Despite the busy times, Strawn proved during the 2018-19 year that he could manage it all and had both a singles and doubles win in the International Tennis Association (ITA) Northwest Regional. He plans on doing even better this season and working to continue Whitman’s impressive winning streak.

“I hope we are able to win the conference championship again and go on to do well at nationals,” Strawn said. “Regarding myself, I hope to continue to make it further up the lineup, gain plenty of match experience, and get ready to step up for the next two years.”

Catch Strawn and his team at their next matches in the Braxton Indoor Tennis Center. They will be playing against Linfield on March 14.