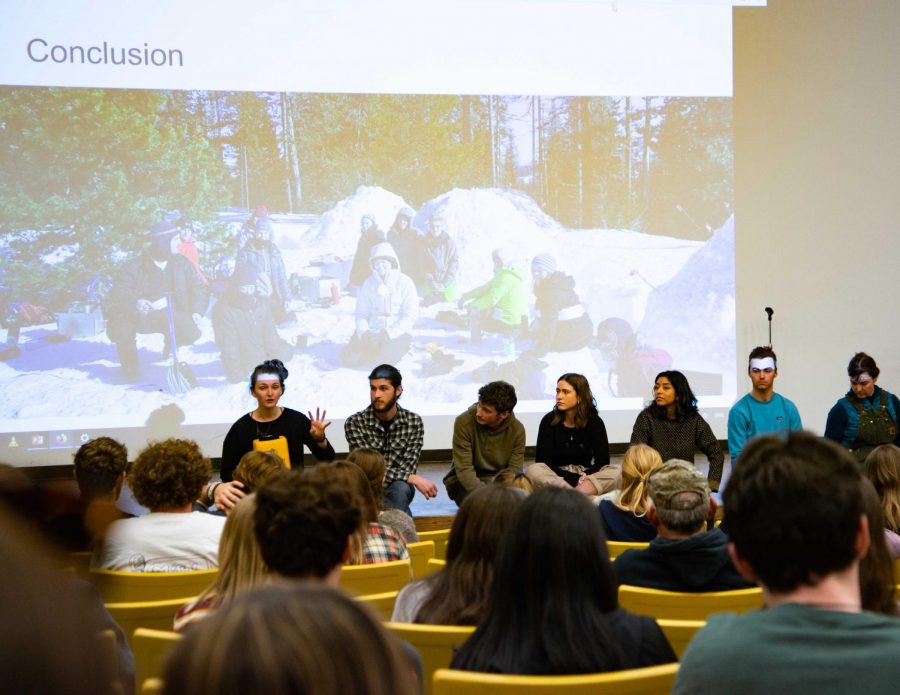 Students participate in a workshop at P&P, engaging in conversation about accessibility within outdoor recreation and the Outdoor Program. Photos by Thomas Lemoine

While many Whitman students benefit from the Outdoor Program (OP), many have questioned whether resources and trips are accessible and, if so, who benefits from them. This was the topic of a session held at this year’s Power & Privilege Symposium titled, “Whitman’s Outdoor Program: Bridge or Barrier?”

The workshop began with recognition of the barriers that are apparent in the OP, namely financial and social pressures, and moved into multiple group activities which encouraged conversations among the attendees.

Sophomore Shy Pyle, an attendee at the event, spoke about her experiences with the OP, highlighting what skills she has gained from various programs she’s taken part in.

“I have had some of my favorite experiences at Whitman through the OP,” Pyle said. “Last spring, I was part of an SSRA class which gave me the opportunity to sea kayak in Mexico over spring break and learn leadership skills which have directly translated to my experience as a student and as part of residence life here on campus.” 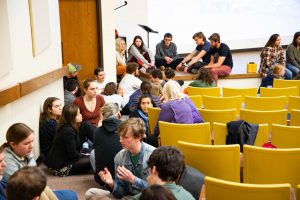 A large part of the presentation was dedicated to talking about diversity, equity and inclusion — a standard in the OP’s mission statement that they strive to uphold. First-year attendee Jack Thomsen both applauded and critiqued the way in which the OP makes strides to widen its reach to the student body.

“[The Bob Carson Outdoor Fund] is a great way to increase the diversity of the program by allowing students of differing socioeconomic statuses to participate without some of the barriers that normally apply,” Thomsen said. “However, Whitman and the OP need to do a better job of marketing the fund, as it seems like many students don’t know about it, and don’t use it at all.”

Pyle appreciated the points made during the presentation and Q&A panel that engaged with exclusivity and how the OP can seek ways to make trips and resources more accessible. 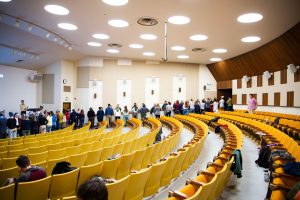 “I think important points were made about how the OP can feel exclusive and unapproachable for certain people, and [I] liked hearing how the OP is currently working to interact with more people, as well as their plans for the future,” Pyle said.

A particular aspect of the session that junior Ronan Byrne took away was the discussion led by Stuart Chapin, the assistant director of the OP, regarding how the program can promote building bridges between affinity groups.

“The presentation forced me to think about some of the assumptions I make about who recreates in the outdoors and what I can do as a member of the outdoor community at Whitman to be more inclusive,” Byrne said.

Balancing between group discussions and an informative presentation, Pyle found the talk to be engaging and productive.

“Ultimately, the presentation showed the OP’s active effort to remove barriers and include as many students as possible,” Pyle said.

With the OP making strides to build bridges, the P&P session was a space to engage in conversation about what change should look like and how it should be implemented.

“Overall, from my experience with the OP, it is a positive program that contributes significantly to making Whitman a great place to be,” Thomsen said. “However, that doesn’t mean it isn’t without it’s faults, which we can only solve by making active, intentional choices to improve the program.”