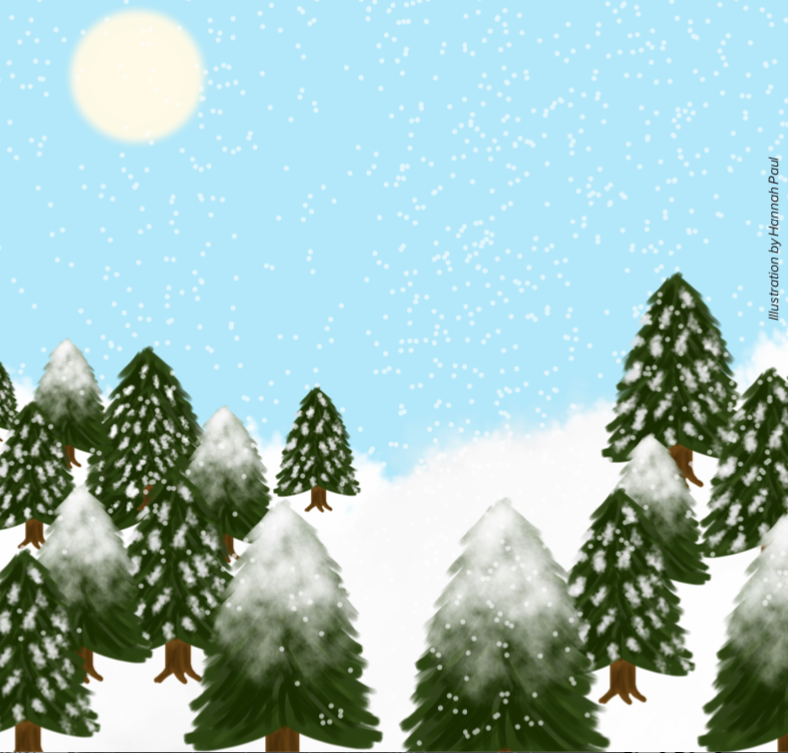 While some Whitties manage to hop on the shuttle to Bluewood Ski Resort only once or twice during the winter months, Whitman’s alpine ski team makes the trip up to the mountains a part of their regular winter routine.

The tight-knit alpine ski team is a club sport that competes against other competitive teams in the USCSA Northwestern Conference. Senior Daniel Hernried, who is a co-captain of the team, described how the team’s focus on a healthy mixture of competition and teamwork keeps the group cohesive and ready to perform on the slopes.

“The alpine ski team provides a community, which is based off the passion and love of skiing, to students of all experience levels to learn about the fundamentals of giant slalom and slalom while improving their skiing abilities,” Hernried said.

Being included in the club sport category at Whitman allows the team to be flexible in allowing people with different experience levels and backgrounds to join. Sophomore Acadia Johansongordet talked about what it means to be a club sport within a larger organization and the advantages and disadvantages that come with that status.

“At Whitman we’re a club team, but within the USCSA division,” Johansongordet said. “That means our captains have the responsibility of budgeting and planning all of our races, our training camp and making sure that everything runs as smoothly as possible. It also means that we don’t recruit athletes for our team.”

This student-led dynamic creates an environment that its members praise highly. Senior Matt Bihrle emphasized how this kind of atmosphere fosters support between athletes.

“One of my favorite parts of the alpine team is the team culture. Although ski racing is a very individual sport, the alpine team has a cohesive, supportive culture,” Bihrle said. “There is almost always a Whitman racer cheering you on as you start your race or cross the finish line. We are constantly giving each other helpful feedback, and there is very little competition between teammates.”

Positivity runs rampant on the team, creating a culture that draws its focus from more than just competition; it creates a culture that allows them to compete alongside varsity teams with the same supportive energy.

In alpine skiing the two main race categories are slalom and giant slalom. There are four qualifying race series, with two races per series, and racers are placed individually and as a team. Regionals will be in Bogus Basin, Idaho, at the end of February, and nationals will be in Whiteface, New York, in March.

With the team reaching the end of its season, anyone interested in joining the alpine team will have a chance to join in the fall.

“The best time to get involved is to get in contact with the team in the fall. We will have a booth at the fall activities fair, or you can reach out to anybody on the team and they can help you get on the listserv. No racing experience is required,” Bihrle said.

The team’s focus on cohesion and accessibility is still the main priority, even as the level of competition becomes greater and the season is closing out.

“Although I love seeing members place in the top ten and seeing our women’s team win first place,” Hernried said, “for me it’s not about bringing home a plaque or trophy. It’s about offering a community which encourages and thrives off those who develop an interest for not just racing but skiing. Although it’s not perfect, the purpose of the team is to make alpine racing and skiing more accessible.”