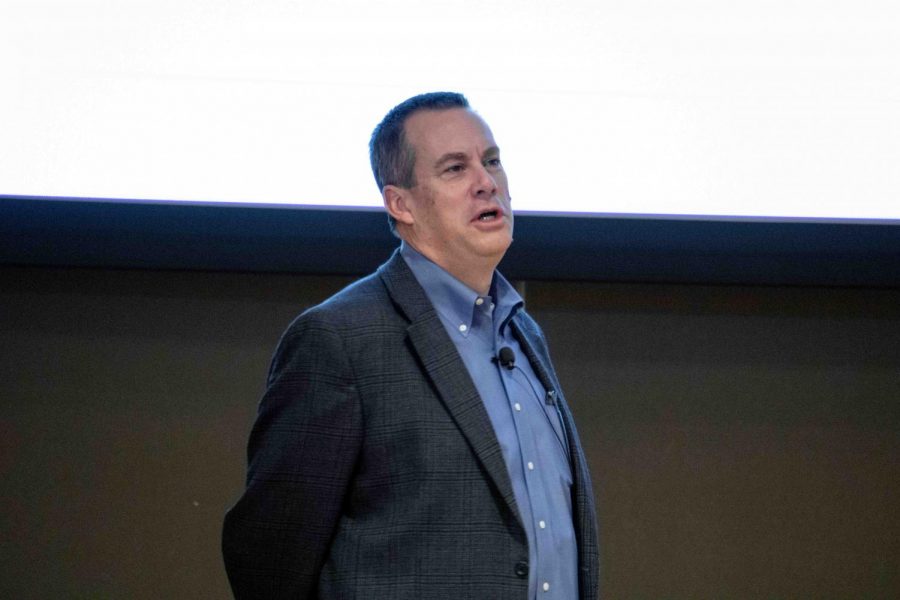 Mental health, an often neglected topic, was illuminated on Monday, Jan. 27, by Bill Drake as he shared strategies for managing mental health with Whitman students.

Drake, the Assistant Athletic Director of Athletics and Student-Athlete Wellness at Gonzaga University, spoke to the Whitman College community about the mental health of athletes and non-athletes alike. Throughout Drake’s presentation, he interacted with his audience, keeping them engaged and training his audience to see signs of mental deterioration within themselves, their teammates and others around them.

“It is okay not to be okay,” Drake said as he opened his presentation in Reid Ballroom this past Monday night.

Drake began his presentation by acknowledging that everyone in this world has mental health and that it does not matter what you are going through, but that everyone goes through something.

“I would just like to add that I have a great deal of respect for the daily struggle of anyone experiencing mental health issues,” Drake said.

Kaylie McCracken, a member of the Women’s varsity basketball team, commented on her thoughts about being an individual student-athlete among a community of students. 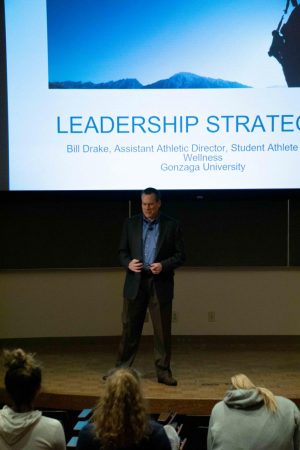 “He gave us a lot of stats on mental health issues on student athletes specifically because you see the general stats of people our age,” McCracken said. “A lot more people go through it than you think.”

McCracken recounted how she felt about the statistics regarding student-athletes just like her, feeling reassured that she, not just as an athlete but also as a student, is under high stress. Being a full-time student and a varsity athlete can be taxing.  Through these statistics, Drake illuminated the importance of both physical and mental health for student athletes like McCracken.

Drake also spoke about strategies for recognizing low mental health within an individual and their teammates.  A common strategy that was voiced among the audience was to communicate with someone if an individual is ever feeling stressed or anxious.

“They were really valuable and can be applied to not just student athletes, but friends in general,” McCracken said.

Drake continued his presentation by sharing his past experiences involving mental health to demonstrate how it is important to reduce stigma and normalize the topic of mental health. He expressed his hopes that it would create a safer space and environment for the discussion of one’s own mental health.

“I have found that sharing personal stories resonates well with others as we all have struggles and a story to share and that we are all in this together and more alike than we are different,” Drake said.

Sophia Dominitz, a dual athlete for both Women’s basketball and volleyball, commented on her takeaway from Drake’s talk.

“I like when he said to know your problems, and fix them later,” Dominitz said.

Dominitz described playing two sports as a perfect balance to her life as a bi-athlete. She said being a dual athlete is important to her because the way she deals with a problem in one sport is by playing the other.

“When basketball is too much, I can go hit a volleyball and see my volleyball teammates and vice versa,” Dominitz said.

Dominitz also said that she can talk to her teammates about any problem she is having and they’ll help her work it out.

In his talk, Drake acknowledged that everyone has their own struggles and their different ways of dealing with their own struggles. Drake assured the student athletes of Whitman College that even though their problems may seem big, they should never feel like a burden and that there is a community of friends and faculty that are always willing to help with any problems that may arise.

However, although Drake’s speech was directed towards the student athletes of the school, his strategies for maintaining mental health extend to those further than the sports community. By creating this culture on and off campus, Drake believes that it will shape a path to a better tomorrow regarding mental health.

“We all can help each other by talking about our struggles and helping those in need find the treatment and hope for a productive future,” Drake said.