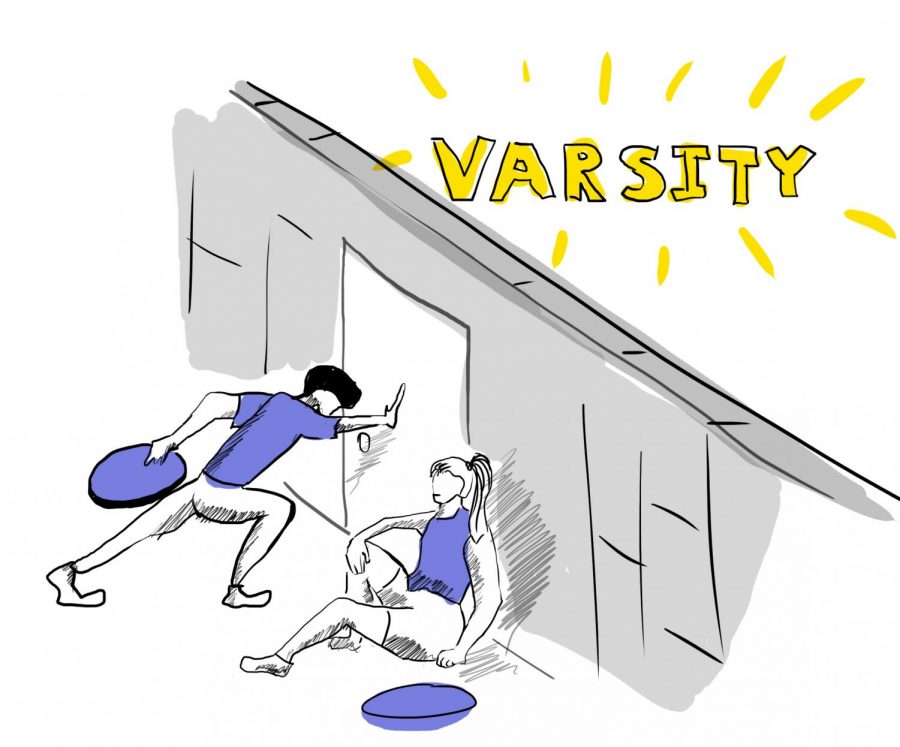 As a college that contains many nationally-ranked varsity teams, many of which have reputations as Northwest Conference champions and consistent national competitors, club sports risk flying under the radar at Whitman.

Ultimate frisbee, however, attracts many students each semester with its enticing competitive yet fun, laid back atmosphere. This week, The Wire spoke with a few members of the Sweets, Whitman’s club ultimate frisbee team.

“The Sweets are a club sport here on campus and we like to think of our team as residing at the intersection of positivity, fun and competitiveness,” Liske said. “The fall season is much more relaxed. We usually go to two or three tournaments around Oregon and Washington just for fun and to get some games and competition in and to show our new players what frisbee is all about.”

Team practices are year-round, starting with pickup games during orientation week. Official practices usually start the first and second week of classes, and from then on, practices are held 3-4 times a week. Liske said that while the practices are self-run, the team is fortunate enough to have a couple of volunteer coaches who drive down from Seattle one or twice a semester to help out with training and practices.

Liske also added that the spring season is typically more competitive, and the team generally travels farther to California, Utah and Wisconsin for Nationals if they qualify. The competitive spring season runs from late January to late May, with a postseason competition beginning in April.

Although it may seem that the ultimate frisbee team has the schedule of a varsity sport, they are technically classified as a club sport. This means that the team doesn’t have the same type of funding that varsity sports receive from the Whitman athletic department. All the money that is put toward practice and game gear is provided by the players themselves.

“I think that it would be nice for us to be a varsity sport so that we could get some more financial benefits from the college,” Liske said. “We have to drive ourselves to tournaments and competitions, events, often long distances, like driving 10 hours to Utah for example, whereas the varsity sports get a bus and a person to drive them to and from competitions.”

“It would be nice to get this stuff and to get more administrative and organizational support that a varsity sport would,” she added. “For us as a club sport, it is all the captains coordinating competition events, booking travel and accommodations, et cetera, on top of our regular practices, class, and other activities and commitments.”

However, Liske added that she does not see the ultimate frisbee team meshing with the more serious mentality of varsity athletics.

“I feel like varsity sports often have a much more serious attitude and practice uniforms, et cetera,” Liske said. “The spirit of the game and sportsmanship is also a huge part of our sport because it is self-refereed which I think also does not jive well with the hyper competitive, win at all costs culture which I associate with varsity athletics.”

Senior Gabe Zansberg, one of the captains on the men’s team, also expressed his thoughts about ultimate frisbee not being a varsity sport.

“Part of me wishes ultimate was a varsity sport so we would have better access to fields and facilities, but I think being a club sport leaves a lot more decision-making to the captains and players, which is nice in terms of flexibility,” Zansberg said.

Alex Brettman, a senior and co-captain for the men’s team, commented on his own take.

“We know we aren’t a varsity sport, and make no effort to mimic one,” Brettman said. “We’re just trying to send it playing frisbee and have some fun while also pushing guys to get involved in other fun activities on campus.”

While the men’s and women’s teams have their respective captains, decision-making always demands presence from all players and participants. It is a player-led sport that strengthens their team dynamic on and off the field.

“Having the players in control helps people feel more connected to the team and want to attend practice,” Zansberg said.

Although ultimate frisbee is not a varsity sport, it does not mean this extracurricular lacks in dedication and commitment.  The love for competition— and frisbee—is still felt while maintaining the fun and positive aspect of the sport.

“Coming to the majority of those practices as well as throwing outside of practice are necessary for players hoping to travel with the team,” Zansberg said. “The commitment level is high but the team atmosphere helps bring and retain people at practice.”

Brettman expressed his enjoyment of the sport and the team dynamics as they practice year-round.

“The dynamics of the team makes the experience a blast,” Brettman said. “I get to chill with some great friends while practicing throughout the year.”

Corbin Atack, a sophomore on the men’s team, spoke about how ultimate frisbee constitutes a familial-like group here at Whitman.

“Ultimate has first and foremost given me a community here at Whitman,” Atack said. “I would count every person on my team, and many of the women on their team, as my good friends. We hang out together, we work together, and we support each other. It’s a really special group to be a part of.”

Ultimate frisbee is open to all students and no experience is necessary. Those who are interested in joining the ultimate frisbee teams at this point in time can contact Zansberg or Liske or visit the Whitman College athletics page for more information.