“Since week one, one of the women’s team goals has been to qualify for the national race and so winning conference was part of our process,” cross country coach and NWC Coach of the Year Scott Shields said. “We celebrated on Saturday and then regrouped on Sunday to refocus our efforts towards Regionals.”

In order to qualify for a place in nationals, the team must finish in the top two in regionals, or secure a third-place finish and a bid, based on their season performance. The Wire asked Coach Shields if the team had done anything differently to achieve the desired results this season.

“The approach has to be the same all season and will continue to be the same. We focus on keeping a positive mental focus day after day and race after race,” Scott said. “We try our best to control the controllables and give our best to be fully prepared for each race. Once we have given it our best efforts, then we have set ourselves up to succeed regardless of place finish.”

While the team has put in an immense amount of effort this season, just like any other, the efforts of one runner in particular stand out, certainly helping the team secure their first-place conference finish. Junior Whitney Rich led the race, finishing first in the 6k with a time of 21:35 —  45 seconds in front of second place.

When asked what motivates her the most when in the middle of a race, Rich said it’s her determination to finish the race in a way that makes her proud.

“In the middle of the race, if I am thinking at all, I like to think about continuing to push the pace harder — knowing that I want to finish the race feeling like I have given my all,” Rich said.

Not only did Rich help her team to a first-place finish, but her efforts led her to win the Runner of the Year award in the Northwest Conference.

“Being named NWC Runner of the Year is a big honor and has been a goal of mine since my first year running in the Northwest Conference,” Rich said. “And while it was an exciting achievement — it was even more rewarding to be able to have that first-place finish be part of our team’s first-place finish.” 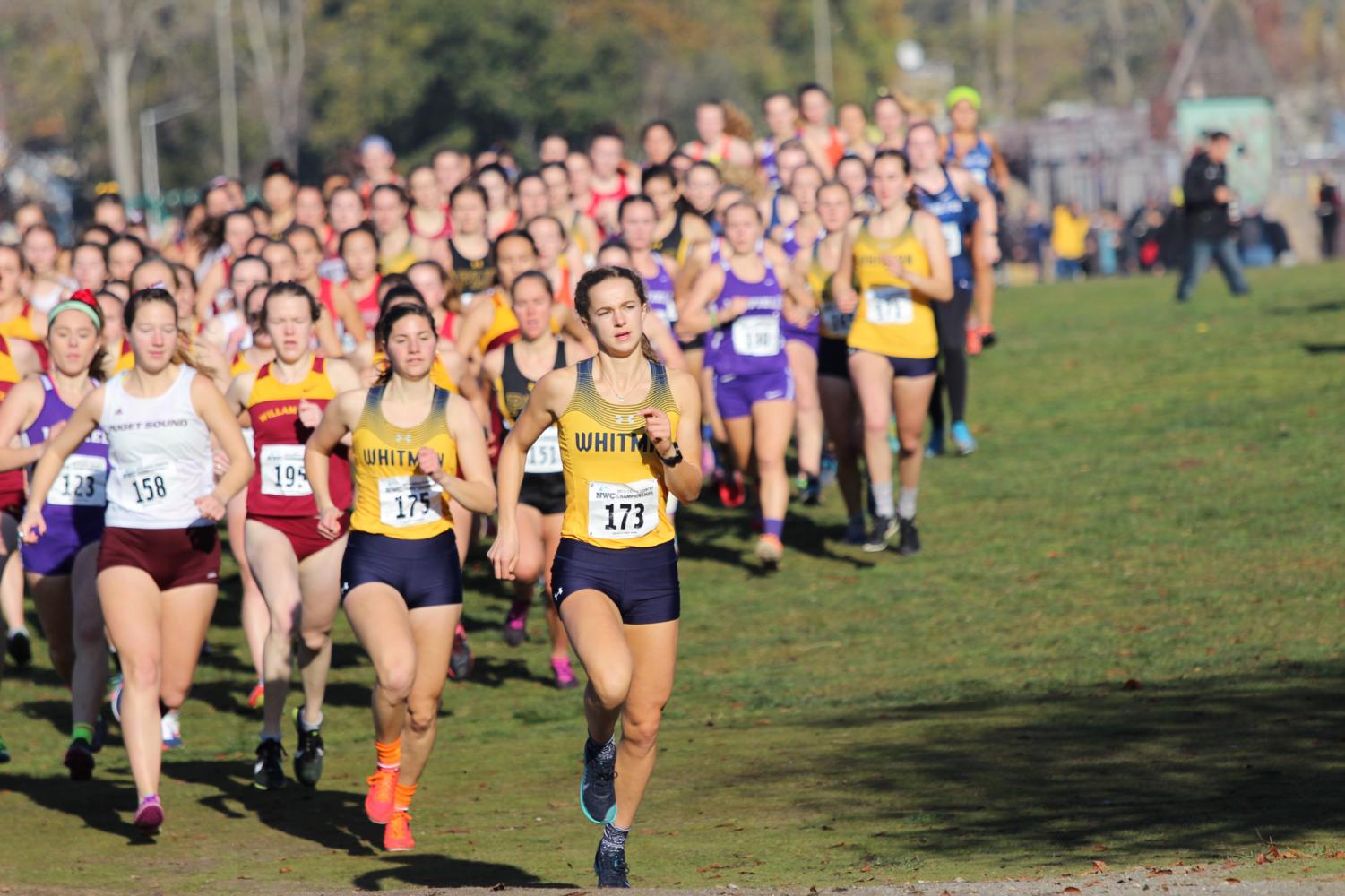 The team is excited to be competing in regionals, but they have no intention of stopping there.

“Given the way our training is structured, the goal is for everyone to have their best races of the season at Regionals and that will hopefully put the women’s team in a place to qualify for Nationals,” senior Maisie Thomas said.

While the Blues have had to run very hard throughout the season to get themselves in the position they are in, what stands out the most to Thomas has been the team’s culture and high energy.

“We like to joke that we have a ‘party on the start line’ before every race,” Thomas said. “Even though each race has its tough moments, the team has done a great job of going in with the mentality that this is something we get to do with each other.”