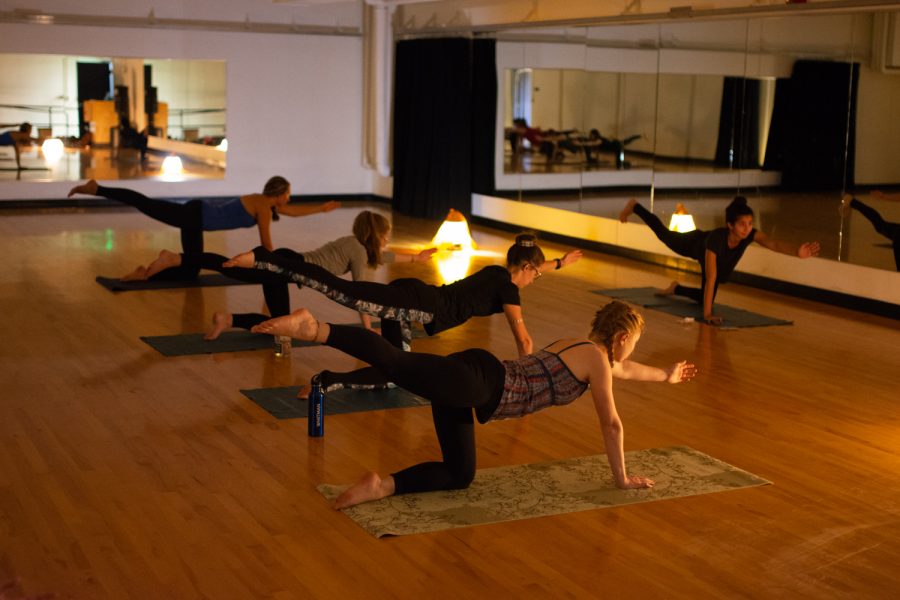 Recently our campus welcomed a new addition to its over 60 club organizations. This addition was Yoga Club, which had its first session last Sunday evening. Co-Presidents and founders Alex Feller and Karsten Belling both spoke with us to discuss exactly what Yoga Club means to them. Alex is a first-year student that has trained and practiced yoga and meditation extensively across the globe. She explained that,

“Part of the program I was with during my gap-year was training with multiple teachers and practitioners at various ashrams in Nepal and India. Mainly focusing on traditional techniques, Vinyasa flows, Kundalini and connecting breath to movement; I fell in love with yoga. I then continued my teacher training during a yoga internship in Hawaii and have since then been teaching in my free time in my hometown.”

Karsten is also a first-year student with an extensive background in yoga.

Given that the SSRA yoga classes are widely popular with students, it seemed fitting for this addition to finally be formalized. Karsten noted that he was “shocked… there wasn’t a yoga club already in existence. Yoga is something that I got into over the last year and I wanted to continue to practice here at Whitman. So, Alex and I created a space for students to practice.”

Since the club is just beginning, both noted that the goal right now is just to get attendance up and provide a space for people to practice and relieve their stress.

However, Karsten did note that the goal eventually is to “have larger yoga related events that a lot of the campus can get involved in. Events could be like large group sunset yoga on Ankeny or maybe even goat yoga! You can do so much with yoga, and we are open to any recommendations of what we could do!”

The club welcomes all levels, meeting every Sunday at 4:30 p.m. in Sherwood Center, Room 114. All that’s needed is a mat, comfortable workout clothes and positive energy!