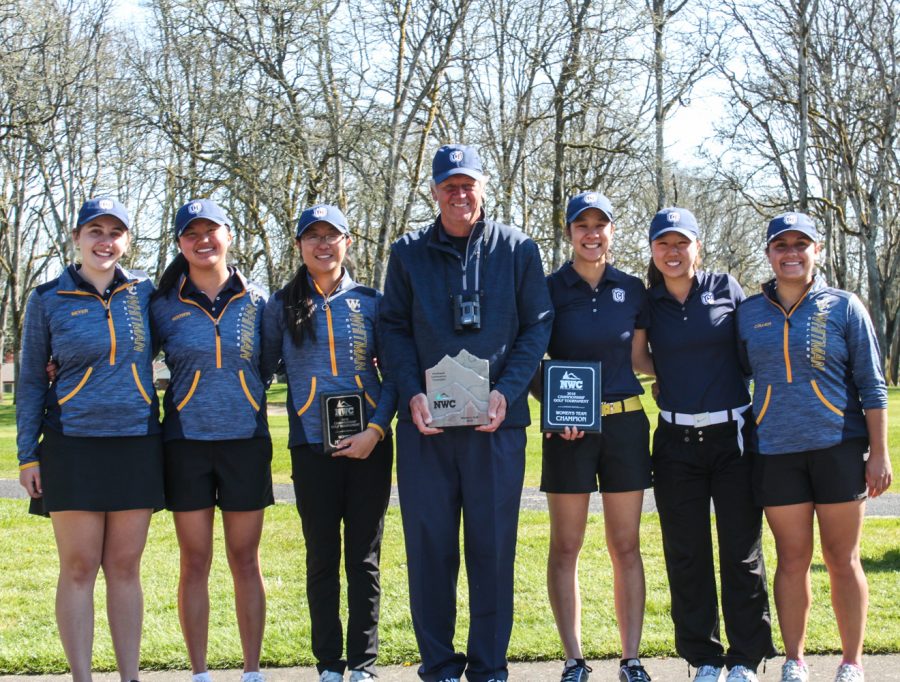 This spring, both the men’s and women’s golf teams performed above and beyond expectations. The men’s team was predicted to finish eighth going into the season, however, after a strong two-day campaign in the Northwest Conference Tournament in which they finished sixth, finished seventh for the full season conference standings. The women’s team finished first in a majority of their competitions and won the season ending Northwest Conference Championship tournament.

“Winning the Northwest Conference Championship and surpassing the number one ranked team in the nation in a sudden death playoff to automatically qualify for nationals was by far the most exciting and memorable finish to the regular golf season I could have envisioned. I always knew we were capable of qualifying for and contending at nationals, but to pull it off in the way we did is some great momentum for the tournament,” senior Phoebe Nguyen said.

In addition to their many team victories this year, the women also had several individual accomplishments. Five Blues women made all conference selections: Nguyen, Shiyang Fan, Emma Beyer, Kacey Godwin, and Hannah Roh. Furthermore, Beyer was named Northwest Conference Freshman of the year and head coach Skip Molitor was recognized as conference coach of the year.

These honors do not herald the end of the women’s season however, as they will continue to compete at nationals the week of May 8. This marks the third time that women’s golf has qualified for nationals, following visits in 2012 and 2016.

“I am proud of how our team has competed on a conference and national level so far and am looking forward to seeing what nationals holds for the squad,” senior Kendall Dunovant said.

The men also had an impressive season, with strong performances in the conference tournament by Eric Wasserman who tied for 16th, as well as sophomore Jimmy Jacobson and senior Mario Santos-Davidson, who finished twenty-third and twenty-fourth respectively.

“It was awesome to finish the season with our lowest team round of the semester at the NWC Championships,” Jacobson said.

With the men’s program on the rise and the women off to nationals this weekend, Whitman golf has quite a bit to celebrate.