Are Athletes Missing Out on Social Life? 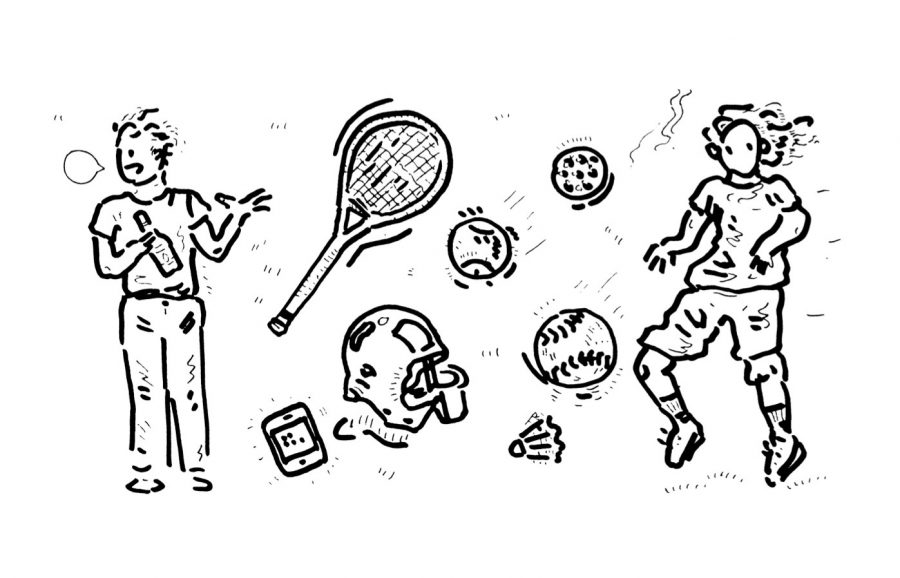 The average weekday for an in-season athlete at Whitman might consist of a morning workout, followed by class, a quick lunch with teammates, practice for 3 or more hours, dinner at Reid and then a study session in the library (again with teammates). On the weekends, athletes are either busy with competition in Walla Walla, or are travelling to another school in the conference. This packed schedule forces athletes to be picky with how they choose to spend their time, but also raises questions about how athletes are able to interact with the campus at large. Because so much of their time is spent with their team, are athletes able to branch out and participate more broadly on Whitman’s campus?

Many athletes acknowledge that there are opportunities they have missed on campus because of their sport, however most would say that they would prefer to be with their team anyway. Athletes have strict schedules yes, but these schedules are full of things that they have elected to participate in, as senior golfer Phoebe Nguyen remarked.

“Although it can be difficult to balance being a varsity athlete with other commitments, I have found that being dedicated to something you are not receiving scholarships or aid from at the Division III level has really allowed me to develop as a person,” Nguyen said.

This idea that the time spent in athletics is time well spent can be seen from a club sports standpoint as well.

Club Climbing team captain Noahlani Litwinsella said, “Climbing is what I want to be doing. I have always been able to make other activities (social or otherwise) work despite my time away at competitions. I definitely miss things but it is very much by choice.”

Even though athletes appreciate their tight schedules, being part of a team can be isolating on Whitman’s campus, so much so that it can be argued that there is an athletic subculture of sorts. Athletes who compete, study, eat and live together tend to be cut off from the rest of the campus from a social standpoint, an argument supported by senior swimmer Keith Nussbaum and sophomore soccer player Bryanna Schreiber.

“There’s obvious things I can’t do during a season due to the time commitments. At the same time, I don’t feel boxed in because the swim team has become one of my main friend groups, so I don’t feel alone in that situation,” Nussbaum said. “Yes, I think the social scene (for athletes) is different from other people on campus,” Schreiber added.

In addition to time restrictions, many teams participate in ‘dry seasons’ when athletes refrain from using substances, a practice that can further isolate them from the social scene at Whitman. It is important to note that one can enjoy themselves without ever using any substance, but it is also no secret that Whitman students (Greek, independent or otherwise) base many social gatherings around alcohol.

Do dry seasons prevent athletes from meeting people on campus? “For me, dry season makes me want to stay away from the wider social scene on campus because it distracted me from what I was really working toward: swimming,” Nussbaum said.

While dry seasons certainly impact social gatherings in a specific way, athletes are still more than capable of having fun.

“Because our team is so close, we all hang out sober during season and still have fun. As a member of Greek life, I do feel excluded from some social events due to the dry season, but that is when having different social circles comes in handy,” Schreiber commented.

Athletes are busy students who are not always able to be as engaged on campus because they are doing other activities that they love. Unfortunately, the time athletes put into their sport forces them into a social subculture on campus where they find themselves interacting with the same small group of teammates. This rigorous schedule does not stop athletes from making the most of their college experience, and despite their highly structured days, athletes are able to be involved at Whitman and excel on the field.