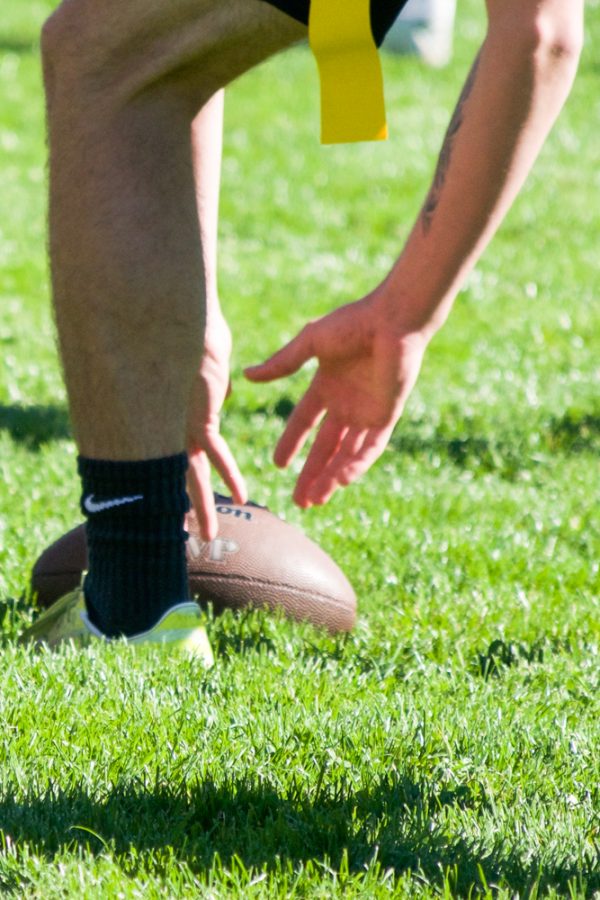 Whitman College may be best known for its high quality academics and location in a town so nice they named it twice, but its intramural sports scene deserves recognition. Providing an atmosphere for organized competition, 70 percent of Whitman students participate in IM sports, all pushing their minds and bodies to the limit for a coveted blue shirt.

One of the most popular IM sports is flag football, played during the first intramural season during the fall semester. Along with tennis, it is the first chance for students to come together making teams in the spirit of friendly competition.

Senior Melissa Lawrence, a member of the IM Committee, described the goal for Whitman intramural sports:

Other IM student-athletes have echoed similar sentiments, such as sophomore Luc Birchfield.

“IM sports give me a great release from the pressures of academics,” Birchfield said.

One of the missions of the IM committee, an organized break from the pressures of a school like Whitman, is at times necessary.

While not one of the stated goals, the added benefit of community bonding is a big reason to play IM sports, both McNichol and Birchfield stated.

“My favorite aspect is being able to hang out with a great group of people, making up really bad plays, and trying to get the ball to spiral even a little,” McNichol said. “The thing I love most about IM football is the fact that I get to meet so many new people from different classes that I never thought I would have met before,” Birchfield added.

This IM season has been particularly exciting, as typical powers on both the men’s and women’s divisions have fallen victim to upsets.

“The Rawdawgs lost their first game in seven years, so there is the potential for a big shakeup in the Men’s side of IM football,” Lawrence said.

The Rawdogs’ loss, albeit via forfeit, signals hope for the rest of the league. A historically dominant team made up of athletes from Whitman’s baseball team, the Rawdogs have been at the forefront of the men’s division of flag football for nearly a decade.

The men’s division was not the only one to have a major upset.

“DG lost to first-years, so the magic of collegiate athletics is alive and well at Whitman IM,” Lawrence said.

Upsets are what make NCAA athletics special, and at Whitman College, intramural sports have reflected that this season, giving everyone hope for the sought after  blue shirt.

Melissa Lawrence summed it up best when describing nearing the end of the first IM season of the school year:

“We’ve had no injuries and massive amounts of fun,” Lawrence said.

With such a thrilling start to the year, the 2017-18 IM sports schedule will be full of laughter, the occasional heartbreaking game and lots of joy as free clothing is given out.