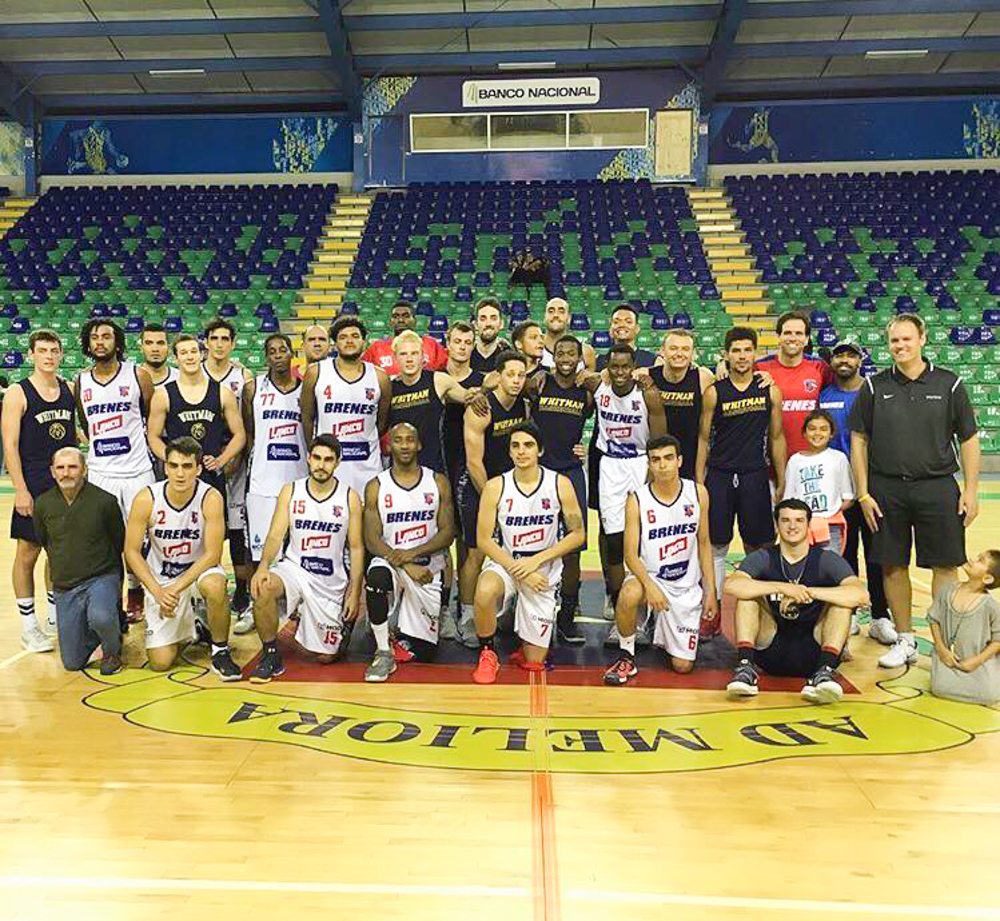 While the rest of Whitman’s student body was enjoying the last few days of summer sun and preparing for another school year, the Blues men’s basketball team was aboard a flight headed directly for San Jose, the capital of Costa Rica.  Over the course of the next week, the Blues not only had the opportunity to take the court against international competition, but also adventure to the Pacific Coast town of Punta Leona and engage in community service projects.  This combination of competition and cultural immersion provided a salient opportunity for the Blues to grow closer as a team. 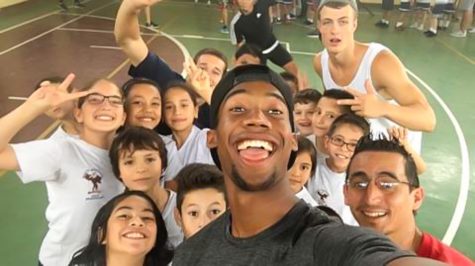 “The team grew a tremendous amount by being able to experience something new as a group. We were all out of our comfort zones and for our group that tends to be the time where we bond the most,” said senior forward JoJo Wiggins.

On Tuesday, August 15, the team landed in San Jose with a slate of three games scheduled against international competition. The Blues got off to a hot start on Wednesday with a 106-98 victory against Heredia. Although Whitman held only a 3-point lead late into the second half, last year’s Division III First Team All American and Northwest Conference Player of the Year Tim Howell combined with junior guard Jack Stewart to score 14 of the Blues’ final 18 points. This strong finish by Howell and Stewart proved decisive in leading the team to victory.

The Blues then played the next day against Coopenae ARBA San Ramon, a team that still remains undefeated in the professional Latin basketball league standings and includes a number of NBA-draft eligible players who previously played at NCAA Division I and Division II programs.

“I think the skill level between the pro teams in Costa Rica and the better teams in the NWC is comparable.  The biggest difference between the professionals and athletes in our conference is size, or lack thereof.  Two of the teams we played had multiple players that were well over 6’8″ and could move and looked like they had been lifting since the mid-80’s,” senior guard Christian McDonald explained. 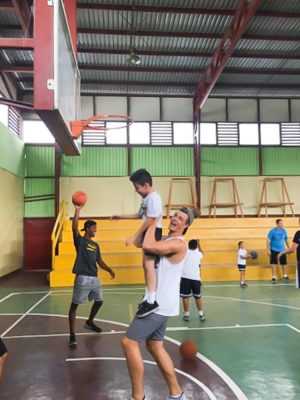 Although Whitman lost to San Ramon by the narrow margin of 90-86, the Blues did extremely well to stay competitive against such an experienced and physical opponent.

“We played the best professional team Costa Rica had to offer and it was by far the most physically taxing game I’ve ever played in my life. The game became very chippy and dirty at times and it required us to really focus on keeping our composure, which will help us in our upcoming season,” junior forward Austin Butler, who made the All Northwest Conference Second Team last year, stated.

Following their two games in San Jose, the Whitman men’s basketball team traveled to the Pacific Coast town of Punta Leona to experience the cultural and adventurous side of Costa Rica.  The team escaped to Vista Los Suenos Rainforest on Friday—complete with a zip-lining tour through the rainforest—and then explored Manuel Antonio National Park on Saturday.

The Blues then returned to San Jose and completed an 80-74 come-from-behind victory against Ferreteria Brenes Barva to end the trip with a winning record. 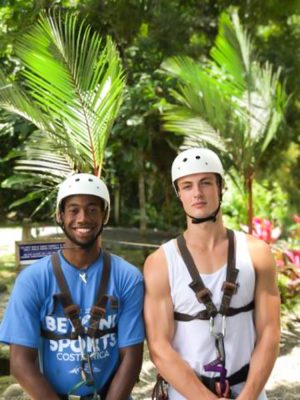 Although the team traveled south for the opportunity to play experienced rosters, the team also completed two community service projects in San Juan, that provided the Blues with a sense of the Costa Rican culture.

“When I compare Costa Rican culture to Walla Walla’s I think about the similarities between the two.  Costa Rica is a country with a little less than five million people in it, and when we walked the streets of San Jose it felt like there was a strong sense of community–often how Walla Walla feels … The day we arrived was the day Costa Rica celebrates Mother’s day.  As we walked around we saw people buying flowers on the street, and hundreds of people, some tourists, others not, congregated on the sidewalk, shopping and conversing.  The similar sense of closeness is what struck me the most about the two cities,” Christian McDonald said.

Although Walla Walla is thousands of miles from San Jose, it is clear that cultural connections transcend geographic boundaries and shared experiences abound. The Blues men’s basketball team made a run to the Final Four last year, but experiences like these will hopefully allow the team to grow even closer before they start their renewed pursuit of a Division III national championship this upcoming season.