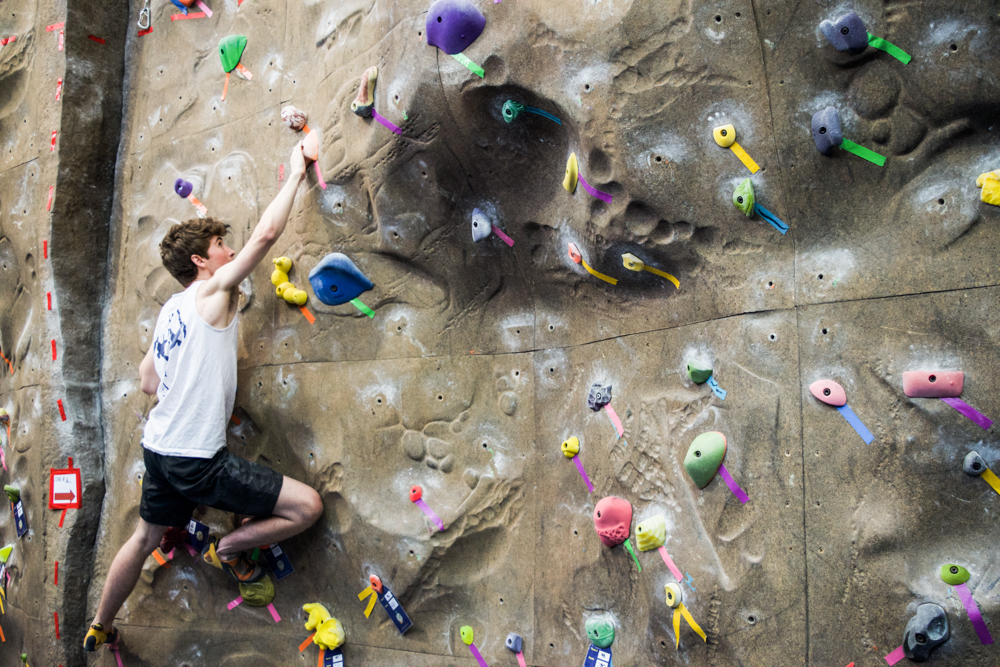 In its twenty fifth year, last weekend’s annual Sweet Onion Crank bouldering competition brought nearly 200 students from schools across the Northwest to campus for a day chock-full of laughs and challenging climbs. On a weekend with the Renaissance Festival, Admitted Students Day and the 24-hour Varsity Nordic show, the Sweet Onion Crank was a great opportunity for Whitman to showcase its uniqueness to other schools on the Northwest Collegiate Climbing Circuit. The Whitman Climbing Team was heavily involved in the operation of the Crank, but it also offers Whitman students not on the team a chance to dip their hands in the chalk.

Climbing culture at Whitman is pervasive. When the Crank started a quarter of a decade ago, the climbing wall was simply an exterior slab of concrete attached to the side of the Sherwood Multipurpose Gym. The event’s history is one of sophomore climbing co-captain Raquel Peterson’s favorite features of the Crank.

“I think the history of the Sweet Onion Crank and the climbing wall really make the Crank unique in that it’s been around for a long time.”

Noahlani Litwinsella, junior co-captain and first place finisher for the men’s competition this year, also recognizes the timelessness of the sport.

“25 years is a long time to be around, but it’s still going and I don’t think that’s going to change anytime soon,” he said. 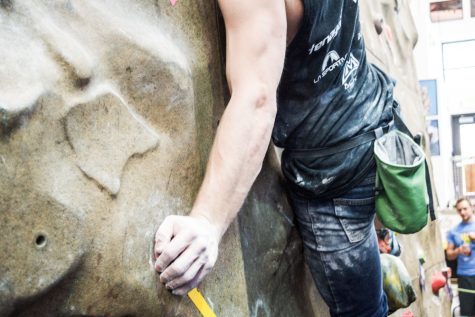 While officially headed by Brien Sheedy of Outdoor Program, this year’s Crank Coordinator, junior Rachel Needham shouldered much of the work of the competition. The whole climbing team also plays a large role in the promotion, setup and takedown of the event. Climbers volunteer to set and forerun routes, help sign people into the competition and strip holds after the event. Some members of Whitman’s team even chose to skip the entire competition just to help with its logistics.

The Crank features a laid back atmosphere many do not expect when they hear the words “competitive climbing.” Encouraging cheers constantly echo through the gym and funny costumes or accessories are commonplace.

Julia Mason, a Whitman sophomore and this year’s champion of the women’s competition, donned a “onesie” pair of pajamas during one of her climbs.

“Last year my roommate lent me their onesie to climb in for good luck and it worked great, so now every year I try to climb in a onesie for at least part of the Crank,” she said.

The Crank also featured a raffle in which one lucky competitor received a rotisserie chicken.

“A passionate and dedicated team member went out of his way to make sure that we raffled off a rotisserie chicken during the Crank’s raffle, and it was a fun experience to say the least,” described Mary Kampa, sophomore co-captain of the climbing team. 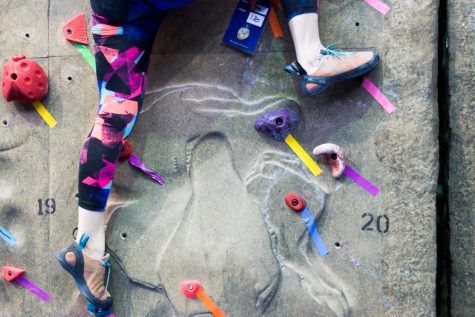 The event’s onion-eating contest, in which participants from each school face off to finish an onion in the least amount of time, only built on this light-hearted atmosphere.

With an electric atmosphere inside the gym coupled with the Renaissance fair goers passing by in medieval garb, it seemed impossible to have a bad time at the event. This helps rope in new climbers.

“I think people think that because it’s a competition it isn’t beginner friendly, but I know lots of people who climbed for almost the first time in the Crank and still had a blast,” Mason added.

Litwinsella is not surprised by the high attendance, as he is well aware of just how popular the sport is on campus. Climbing runs much deeper than the 45 members in the club and the roughly 25 members who regularly travel with the climbing team. 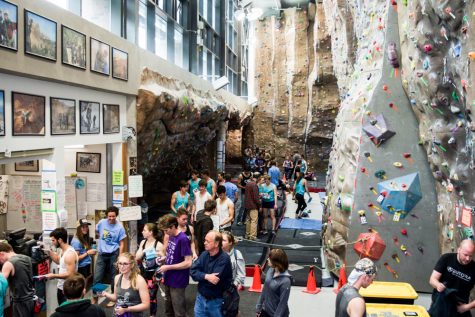 “It’s a growing culture and the team reflects that. I talk to people in admissions and they’re always complaining about how many climbers are applying or how many times they have to read ‘I’m a climber’ on applications.”

With prospective students teeming around the gym on Saturday, the folks in admissions can expect to see many more accepted offers of admission from future hopeful Crank participants. With one of the best college climbing facilities in the Northwest and a rapidly growing climbing team, the Sweet Onion Crank will only increase in popularity in coming years. 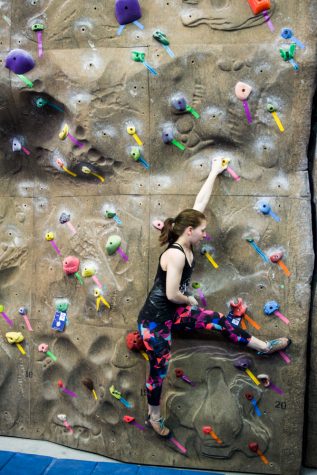