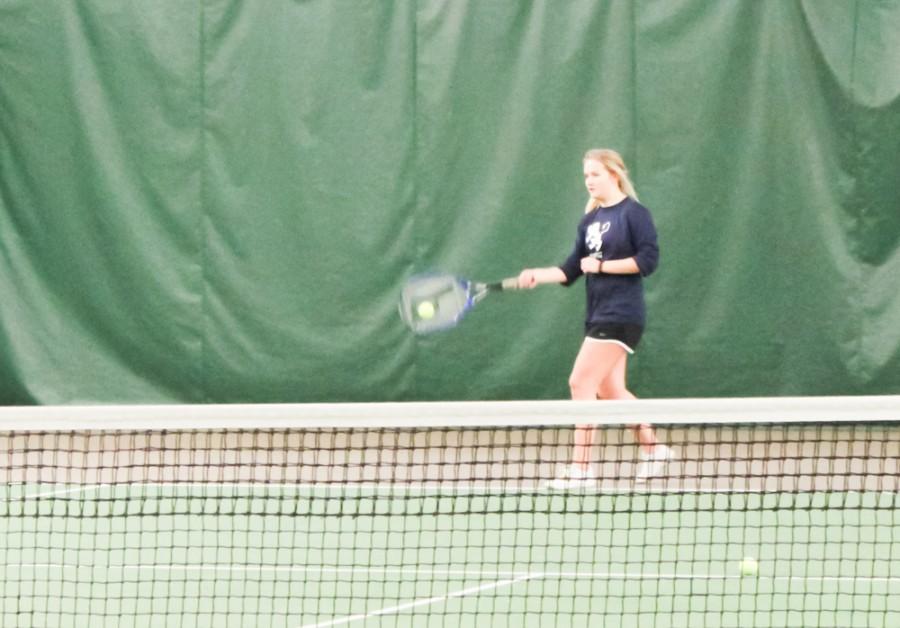 Whitman club sports offer everyone on campus a way to play a sport at an extremely high level while also giving those who are simply looking for a good time a chance to have fun and bond with new teammates.

The Club Tennis team had many new players join a team that competed hard all of last year, even making it to Sectionals and placing well among club teams in the northwest. The team, and especially the captains, pride themselves on the positive attitude that the team always has at practices and matches or tournaments.

“We have a really talented group, but even more impressive than their tennis skills is their excitement to be at practice and out on the courts. It’s always fun to have a team that brings a lot of joy to what they do,” said sophomore captain Jordan Miller.

Another team that has this philosophy is Club Volleyball, who competes in a few matches every year but has a more relaxed atmosphere than many other club sports. Despite losing many seniors, the team’s spirits are still high.

“We have had an amazing influx of newer players, which has been a very welcome addition to the team. The team is definitely striving to be more competitive but is still predicated on an overwhelmingly goofy and quirky mentality, such as spastic dancing to NSYNC and other 90s throwbacks,” said senior Brian Glickman.

The men’s Lacrosse team went 2-7 a year ago in a season riddled with injuries, including three concussions in the first game. This coming season will be a rebuilding year, as they weren’t able to get enough fall recruits to join the team, but the team has had more success recruiting in the spring.

“We graduated a couple seniors who were the more experienced players, so we knew coming into this year that it would be a big rebuilding year,” said sophomore captain Michael Brock. “We’ve gotten five new guys out in the spring which has been great. They’ve been doing really well and having a good time.”

While the team won’t have any official competitions this season, they will continue to practice and hope to add more players to build a successful program for the future.

The Whitman Cycling team, which has competed at the Division II level against all schools with fewer than 15,000 students, is looking forward to another trip to Nationals after yet another fantastic season last year. The team has been a powerhouse for years now, having finished in the top ten in the country five of the last six years.

“I’m expecting that Whitman will do well again this year, we’ve always been pretty strong in the Conference, especially among Division II schools,” said senior Adam Dawson. “[First year] Adam Bruns is looking really strong. We’ve got a lot of returning riders, which is great.”

Among those returning riders are a great group of racers in the Conference’s top women’s category, including former National Champion Mackinzie Stanley.

After a disappointing season marred by injuries to key, experienced players, the men’s Frisbee team will no longer compete at the Division I level since they haven’t been to Nationals in five years. This move and the addition of many talented freshmen give the team hope for a successful season in Division III.

“This year we’re definitely looking to be one of the best Division III teams in the nation and win the Division III regional tournament we’ve been invited to,” said senior and captain Evie Vermeer.

The team will begin the season with a tournament against other Division III schools but will also travel to Seattle and compete in the Northwest Challenge with some of the best Division I schools in the nation.

“Both of those tournaments will be good indicators for us about where we stack up at both levels,” Vermeer said.

The Lady Sweets had a great season in 2015, finishing 5th in the nation at the Division I level, a remarkable accomplishment for a school with less than 2,000 students. Having lost four players to graduation, the team has replaced them with six new players, evidence of the team’s rise as a recruiting powerhouse.

“The Sweets have kind of grown this reputation of being really good, and it’s cool for being a club team competing at a Division 1 level from a small school,” said sophomore Kaitie Dong.

The loss of so many quality seniors has hurt, but the captains have stepped up to replace the leadership that was lost.

“The captains have really energized practices and brought this whole new energy as captains. They’ve really set the tone which is exciting,” Dong said.

Club sports do a great job of providing an opportunity to enjoy playing a sport regardless of skill level while also having traveling teams compete at the highest level nationally. The 2016 spring season figures to feature at least a couple teams competing at their respective National competitions and fighting for top ten or even top five finishes.