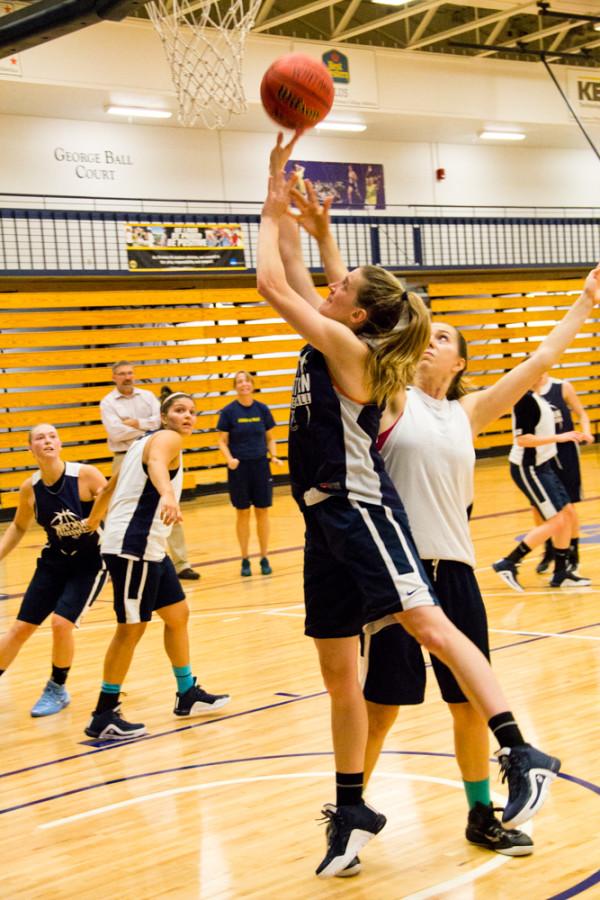 After a trip to the national title game in the 2013-2014 season, Whitman’s women’s basketball team had a tougher season last year, finishing fourth in the Northwest Conference and losing in the first round of the conference playoffs. Injuries played a huge role, as many key players missed significant time.

“[Last season] was hard. We really thought we had a chance to maybe finish in the top 2 of the conference but then we just kept getting hurt; we had a ton of injuries. We never could quite get the momentum,” said Head Coach Michelle Ferenz. “It was never very cohesive or continuous because people were playing in one spot one week, and then the next spot because someone got hurt.”

Last season the team relied heavily on Heather Johns, who finished her career with two consecutive All-American selections. Much of the team’s offense was run through her a year ago, so now the team must adjust accordingly.

“We’re definitely trying to allocate scoring to make up for the offensive threat that Heather was. That goes along with everyone playing a different role in trying to step up in their own respective positions,” sophomore Forward/Center Emily Rommel said. “Heather was amazing, one of the best athletes we’ve ever had play here. Now it’s just someone else’s turn. There are probably 3 players [Alysse Ketner, Casey Poe and Kathleen Cook] who are going to be splitting time there, and they all bring different strengths to the position. I think they all do some things really well, [and we’ll] just see what best fits us and move from there.”

The 2015-2016 season has now officially gotten under way, and the team began practicing this past week.

“We’re looking pretty good for the first couple of practices, a little rough around the edges but we’re definitely getting there–making good progress so far,” Rommel said. “I think we’re going to be a very different team this year, which I’m excited about. I’m excited to see where [players’ new roles] take us and how far we can go.”

With six returning sophomores and two first-years added to the mix, there is plenty of young talent to replace the departing seniors.

Adding to that talent is Hailey Ann Maeda, a captain this year. One of the few seniors on the team, she recognizes the need for everyone to fill the large shoes left by Johns.

“We don’t have the superstars on our team this year. Everyone needs to step up and pick up their role on the team. We’re not looking for one person to win, we’re looking for our team to win,” said Maeda. “There’s not as much experience as there has been in the past few years, but we’re very much becoming a family, which is what is needed in a team sport like basketball.”

A pair of first-years were added to this year’s team: Maegen Martin and Caitlin Mazzoleni. Rommel discussed the two players, praising Martin’s footwork in the post and mentioning how good Mazzoleni was looking in the early practices.

Maeda, one of two senior captains along with Hailey McDonald, prioritized the importance of holding everyone accountable and working together in order to truly improve. She also talked about her excitement for the upcoming season.

“Our motto this year is actually ‘Whatever it takes/Win it together’ (WIT). We’re very much embracing that. Togetherness is how we’re going to function as a team this year,” said Maeda. “If we just keep practicing and having confidence and trust not only ourselves but our teammates, I think we’ll go pretty far this year.”

While another run to the Final Four may be unlikely, the team is poised to have a solid year in the Northwest Conference and truly build for the future with 8 young players on the roster, with many playing significant roles.