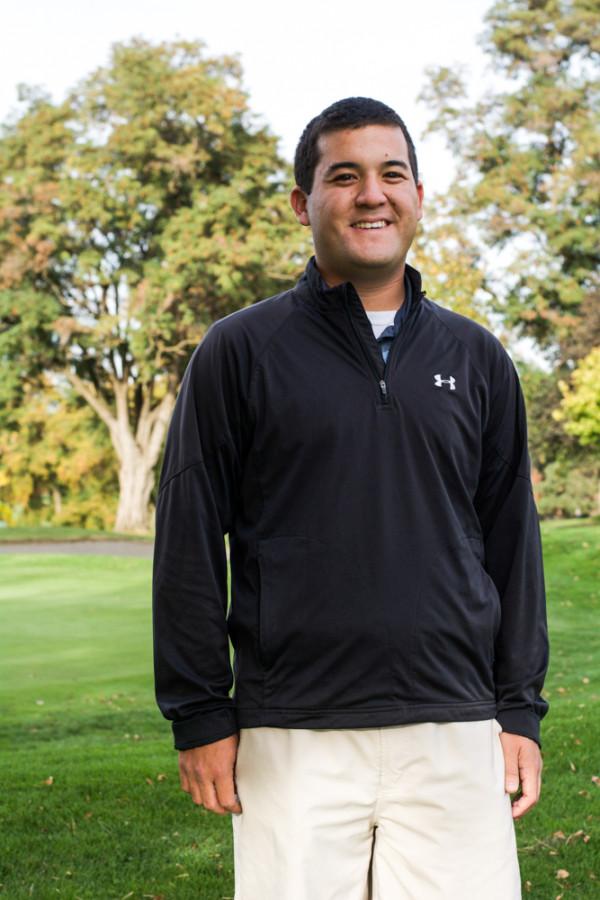 In last weekend’s Northwest Conference Men’s Fall Golf Classic, Senior Daniel Hoffman sunk a hole in one on the way to helping the Missionaries fight back after a rough first day of competition.

Coach Peter McClure discussed the difficulties of hitting a hole in one and his own experience with this special feat in golf.

“Well it’s just pure chance. I’ve been playing golf for forty years and I’ve only had three of them, so they come pretty infrequently. Although the better player you are the more frequently they do happen,” McClure said. “You have to hit the ball well, but there are so many things that help getting the ball to go into the hole”.

Hoffman didn’t actually see the ball go in, but when he realized what had happened, he was understandably ecstatic.

“It was on my last hole of the day and was a 171 yard hole. I knew it was going to be pretty close. I saw the ball disappear and my playing partner saw it go in and started yelling and jumped on me. It was a sweet way to end a weekend that didn’t go too well,” Hoffman said.

Far from just luck, the hole in one was a testament to his hard work all season. His work ethic sets Hoffman apart from many other athletes. Teammate and first-year Carl Felstiner talked about what Hoffman brings to the team as a captain and leader.

“Daniel brings great leadership to the team in making the plans for the activities we do as a team and keeping things organized. He is always willing to practice at anytime and is the hardest working person on the team. He is competitive and always encourages me to try my hardest in practice. From him, I have learned to always focus on the next shot and to not think about previous mistakes,” he said.

His coach had similar feelings about Hoffman’s role on the team and the determination to improve that he always shows.

“Daniel is the captain this year and he’s been a very good leader. He always sets a great example, he’s on time, and he’s got his gear just like it should be. It’s his determination,” McClure said. “He wants to be a better golfer, and that is so important. You can go out and play golf and practice golf, but unless you have that drive that you want to improve every time you go out and you’re willing to put the time in, that’s the way you succeed, and he does that voluntarily.”

Despite all the praise, Hoffman is continuing to keep putting in the work that has gotten him to this point. He is looking towards next semester and how he can help the team improve.

“I’m not there to be their coach, but I am there to show them what a good work ethic looks like and to lead by example. We all know we should be shooting better scores, but we’ve set ourselves up in a good position for next semester,” Hoffman said. “This year my goal is to make first team all-conference. It’s going to be an uphill climb because I didn’t play very well in the fall classic, but I just need to play well when it counts next semester. I think we can finish in the middle tier of conference if everyone continues to work hard.”