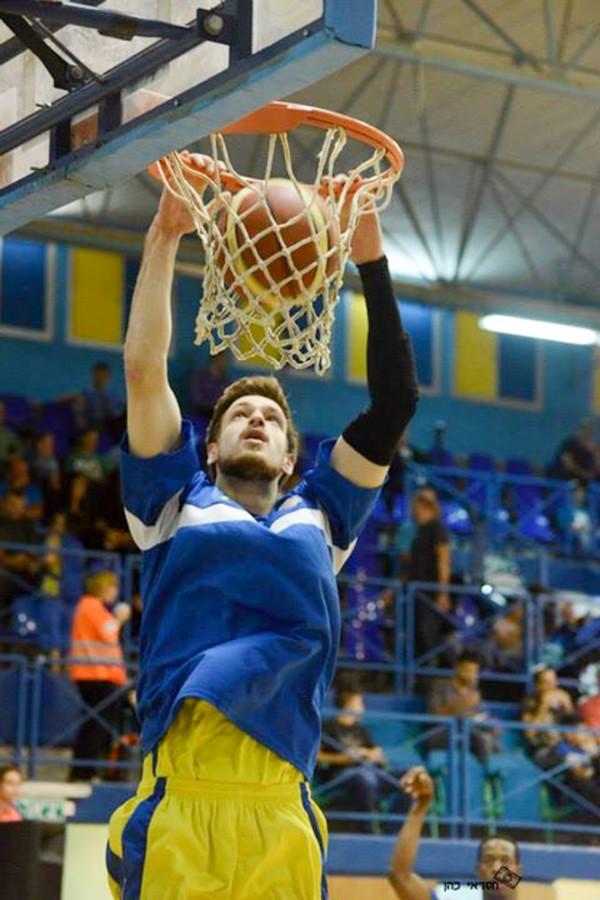 Last time the Whitman community saw all-American basketball player Ben Eishenhardt was last May as he walked across the commencement stage after graduating from Whitman. His basketball journey, however, did not stop there. After years of injuries and setbacks, he will be playing for Elitzur Yavne, a team in the second division of Israel’s professional league this year.

Realizing this long-held goal did not come easily.

Eisenhardt started tossing the idea of playing professional basketball around with his friends during his junior year here at Whitman, something that could fulfill a lifelong dream.

Things for Eisenhardt were looking up after his second season at Whitman. He became the first Whitman player to be named third team all-American in his junior campaign. Eisenhardt was poised for a strong final season at Whitman, a crucial step if he was going to be play at an elite level overseas.

Eisenhardt’s senior and final season in Walla Walla was anything but easy. He missed extensive time with concussion symptoms and struggled with being confined to the sidelines. Eisenhardt came back strong to help the Missionaries finish off the season, but he clearly appeared frustrated that he couldn’t have helped the team more.

After his senior season, Eisenhardt began getting attention from overseas teams. Without the pressure to rush back and help Whitman’s team, he was able to focus on improving himself as a player and preparing for the jump from DIII to the professional level.

Senior Cheney Doane thinks that that Eisenhardt has what it takes mentally to be able to handle all the changes that are associated with the step up.

“Ben just has a kind of confidence that you really look for. On and off the court he just always seems to be ready to go and move forward,” said Doane. “All the negative stuff just seems to bounce off and he can focus on the good.”

Eisenhardt was able to work out all summer and signed with Elitzur Yavne after getting involved with Summit Sports Group, a Seattle-based agency that specializes in brand building and contract negotiations. Eisenhardt has the added benefit of newly-acquired Israeli citizenship to aid him, as teams are only allowed to have so many foreign players on their rosters.

Eisenhardt’s style always catered to a more European, open style of play. Junior teammate Tochi Oti summed up what Eisenhardt will be able to contribute on the court for his new squad.

“Ben is a great shooter and has really good length,” said Oti. “He kind of has that ability to stretch a defense out. If he gets bigger he could be a really good player over [in Israel].”

Eisenhardt has enjoyed some early success while overseas, getting decent playing time in his rookie campaign. Yavne has started well with a 3-2 record in the Israeli National League, only one game out of the top spot.

It hasn’t been all work, as Eisenhardt has been having a good time adjusting to new life overseas. Of course problems like the language gap and new surroundings have led to some interesting interactions.

“They aren’t always impressed by my lack of Hebrew, but I get around,” said Eisenhardt. “But my teammates are great and I’m having a great time being over here and playing ball.”

It hasn’t been all roses, though, and Eisenhardt has had a realization that basketball isn’t just something he does anymore, but a real job.

“The craziest thing you realize is what is on the line. It’s not like at school where you play poorly and you get benched,” said Eisenhardt. “If you have a bad season here, you’re unemployed, so the level on intensity is just a lot higher.”

Eisenhardt is the second Whitman player to enjoy professional success overseas recently, following in the footsteps of David Micheals. Micheals graduated in 2012 and currently plays for SK Korea. Eisenhardt’s young career is off to good start, but he hopes to be able to continue to play at a high level and enjoy plenty of success on and off the court.+