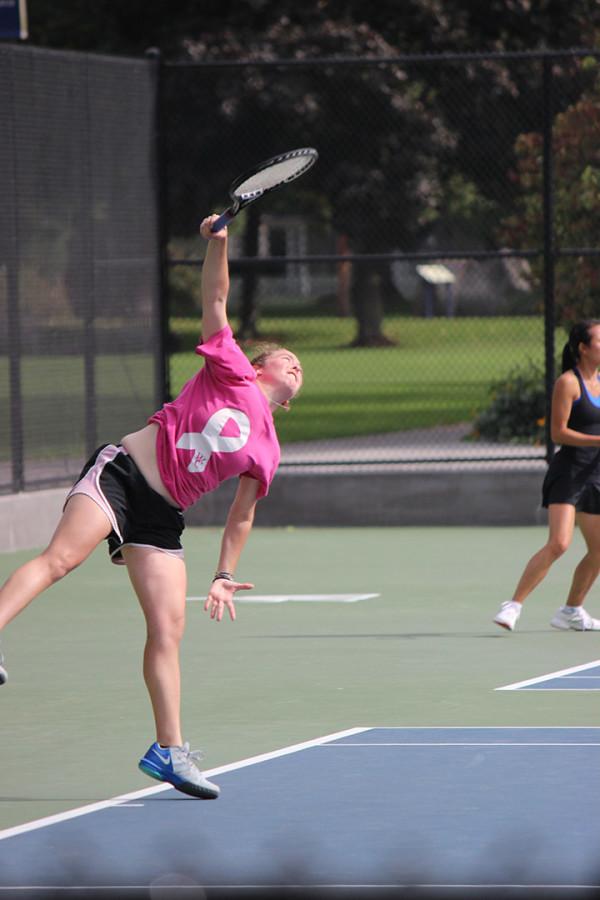 The Whitman women’s tennis team opened its fall season with a brilliant showing at the USTA/ITA Regional tournament hosted here at Whitman from September 26-29. The team swept both singles and doubles. Senior twins Courtney and Morgan Lawless won doubles in a very convincing fashion (6-1, 6-1), and Courtney won the singles championship as well (6-0, 6-1). In singles, Courtney did not allow her opponent to win more than three games in any set. This success is nothing new for the Lawless twins: This is Courtney’s fourth year of winning the doubles  tournament (her second with Morgan) and her third year in a row winning the singles title.

Head Women’s Tennis Coach John Hein was particularly pleased with how the team played together and supported each other throughout the tournament. Coming into the weekend, the team did not focus on any specific goals; instead Hein encouraged the team to focus on the present.

“We just try to play the way that we practice and play hard and support each other and let the results kind of work themselves out,” said Hein.

The sisters felt good about their individual successes but also were very pleased with the performance of the team as a whole.

“It felt great and it was also kind of a relief because I’ve been hurt since last February and this is the first tennis I’ve played since nationals, and it was kind of a confidence boost to see that I could play at a high level again,” said Morgan.

Hein and the Lawless sisters also mentioned the increased depth that the team has gained from the addition of four new players. One particular player who displayed part of this depth was sophomore Allie Wallin.

“Allie Wallin played so well. The match of the tournament was her third-round match against the number two seed. It was over three hours long, and to see her play at that level is something that she has really worked at over this past summer,” said Hein.

In a conference like the Northwest Conference with a group of particularly good teams, such depth will be crucial in the spring campaign. The team’s performance at the tournament showcased the players’ skill, and their score was twice as impressive in light of the fact that they were missing some of their best players.

Coach Hein attributed a part of the success of the tournament to the hard work that the team had put in during the offseason. This particular weekend is the toughest of the year for Division III tennis, because advancing players often end up playing several games a day.  In

As for the spring season, the Lawless sisters hope to be undefeated and make it to spring Nationals as a doubles team. They also have ambitious goals for the team, expressing a desire for the team to make it to the elite-eight at Nationals. The girls noted, of course, that they have to take the season one step at a time.

Coach Hein was cautious to elaborate on any specific goals, noting that the team had not yet discussed them, but he offered an overarching idea.

“We want to improve as a team, definitely to win the conference, go to NCAA and improve at NCAA,” said Hein. “The National Championship is always our goal.”