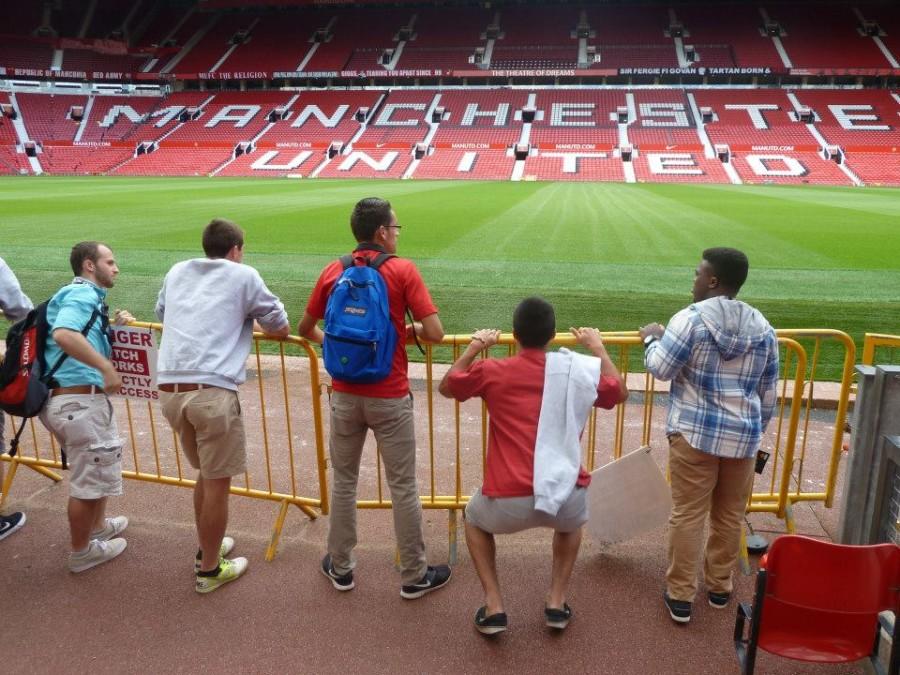 One of the perks of being a varsity athlete at Whitman College is the implicit privilege, or obligation, to travel. Whether it is within the Pacific Northwest or to various places around the globe, it is no doubt that Whitman varsity athletes are well-travelled. Between the Bahamas, England and Hawaii, three trips taken in the last two years by various teams, Whitman athletes have experienced different cultures and environments to which they may not have had access before. Though these trips are long and require quite a bit of planning and fundraising, there are numerous benefits to the team upon which players and coaches alike agree.

The list of trips is long and exotic. Both varsity soccer teams go to England once every four years, men’s basketball went to the Bahamas and the women’s tennis team travelled all the way to Hawaii last year. The trips ideally happen once every four years, allowing each athlete the opportunity to take one at some point in their Whitman career.

Though these may sound like exotic locations with little relation to the actual sports, these trips not only allow for a great amount of tough competition, but also serve as a priceless team-building experience that athletes otherwise might not have the chance to be a part of.

While the trips have a huge number of positives, there are limits to their frequency.

“The NCAA allows you to do it every three or four years. Basically for every first-year that comes in, the NCAA makes it possible for them to take a trip once in their four years. Some teams do it often, others don’t. But for us it’s an opportunity to practice outside of when we normally get to practice and have some games outside of our usual schedule,” said Assistant Men’s Basketball Coach Matt Airy.

What the Bahamas trip offered the basketball team was a chance to get 10 practices in outside of the amount allotted in the off-season, something that is extremely helpful for the team in the long run.

“I think the distance and time is the difference. We’re gone for two-and-half or three weeks and, yes, it’s a long time to be together, but I think it’s also a good time to get away from campus and spend more time with your team night and day, which you usually don’t do in a class setting,” he said.

Even the coaches seem to benefit from the trip in that they get to know each player a little bit better.

Washington also noted that away-game season travel was not a whole lot different than school.

“On a short road trip, it’s very similar to being in school. You get up, you have breakfast, maybe you do some homework and then you go to a game; there’s not a lot of difference. The big thing for me [with long travel] is giving the players an opportunity to experience something totally new,” said Washington.

Another benefit to traveling somewhere new is the chance to compete against opponents that have never been seen before.

“The teams we played were definitely very different than what we see regularly. They were much more athletic than the teams in the conference that we usually play, but much less skilled, which was a great test for us and our style of play,” said Airy.

“They play a different style. They play a style that’s a bit more technical than we are used to. And the officiating too, they let a lot more go than we see here,” said Washington.

However, playing and practicing isn’t the only thing that athletes get out of these trips, something Head Women’s Coach John Hein spoke to.

“For the Hawaii trip, it was very much about team bonding. With that trip being in between semesters, it also gives them a chance to focus entirely on tennis and fitness and really coming together as a team,” said Hein. “Our team pretty much is all about tennis and food. So we ate at some really cool restaurants but mostly just cooked meals as a team, which was great for team bonding. We also got a lot of tennis practice and play in, and the last day after we played all our matches we did a really cool hike up a mountain to watch the sunrise.”

Washington commented on how much exposure there was to gain from the cultural aspects of the trip.

“I think our trip is a good chance to just culturally mix with the other teams, which is something that we don’t get to do here,” he said. “Over there, after games, it becomes a social event, a time to intermix and learn about each other’s cultures. Here you play a game and then you’re on the bus and out of there. But over there the social side is really cool for the players as well.”

Overall, the trips are valuable opportunities for athletes to get away from the hectic nature of their Whitman schedules, focus on their sport and spend quality time with their teammates. Between the fundraising that goes into the trips and the time spent planning and taking them, the experience seems like something that is beneficial and a worthy perk of a varsity athlete. If nothing else, it is an opportunity for athletes to better themselves and gain an experience that may have never been an option prior to Whitman.

“I don’t think we’ve ever had a time where we’ve gone and we haven’t looked back on it and thought, â€˜Wow that was amazing,’ and that’s really what I want,” said Washington. “I want to create memories for players that they will remember forever.”