NBA Playoffs Look to Get Wild Out West 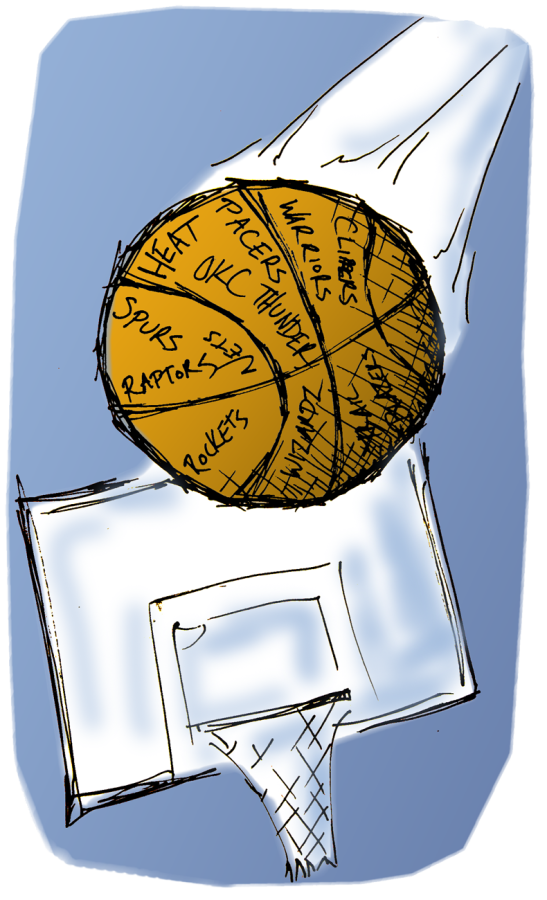 After a grueling 82-game schedule, the NBA is finally prepared for the playoffs. Now, making the playoffs in the NBA isn’t particularly difficult, as more than half the teams make it any given season. Several teams had truly terrible seasons in order to secure top draft picks this year, but there are several intriguing matchups regardless.

One of the main storylines heading into the playoffs is how the top teams in the Eastern Conference have limped into the playoffs, with no one seeming to want home court advantage. It has been all but guaranteed that the Miami Heat or the Indiana Pacers will be representing the Eastern Conference in this year’s finals, but that could very easily change if both teams don’t enter playoff mode quickly enough.

However, as stated previously, making the playoffs isn’t all that hard, and some substandard teams squeaked in this year, so the top level Eastern Conference teams have a few games to get back on track before facing each other in later rounds. That isn’t a luxury for everyone, though, as the 3-6 and 4-5 matchups provide intriguing tests for the favored teams.

The third-seeded Toronto Raptors secured the most wins in franchise history this season, but face a very experienced and talented team in the Brooklyn Nets. The Nets could be a sleeper to contend for the Eastern Conference Title if they continue to play at the top level that they closed the season with. The Wizards face a similar issue trying to knock off the fourth-seeded Bulls, but having X-factor John Wall makes seemingly anything possible in a battle of teams trying to prove themselves as contenders.

In the West, there seems to be less drama, as the more things change, the more they stay the same. Year after year Greg Popovich and his Spurs manage to secure the top seed and home court advantage. The Spurs have to be the favorite out of the West due to consistency, but the overall depth of the West far surpasses the East, and the winner of the eight-team tournament will come out far more battle tested than their championship opponent. This is not to say the Spurs are the only team conceivable of making a title run, as the top five teams all have a reasonable shot a title run.

There are several teams in the West looking to make the move from young and promising to title contenders. The Oklahoma City Thunder have the best player this season in Kevin Durant, an elite shot blocker in Serge Ibaka, and a player capable of completely taking over a game in Russell Westbrook. It seems the only thing standing in the Thunder’s way of success is their own health, something that has been an issue down the stretch for them in the past.

There are several other teams capable of making deep runs into the playoffs, and pretty much everyone seeded six or above could make a lot of noise. The Warriors hold the best shooting back court in the league not only this year but arguably of all time. The Rockets 1-2 punch of James Harden and Dwight Howard should frustrate just about any team in the league, the Clippers are hungry to take advantage of being the top team in Los Angeles for the first time in what seems like an eternity, and the Trail Blazers core of young stars want to show that they can hang with the big boys.

This year’s NBA playoffs should be a fun one to watch as we await a battle of titans in the East to decide who takes on the tried and true winner of the Western Conference. All season, the West has been the far superior conference, but it only takes one team for the East to bring home its third consecutive title.

My Prediction: Thunder over Miami in 7.