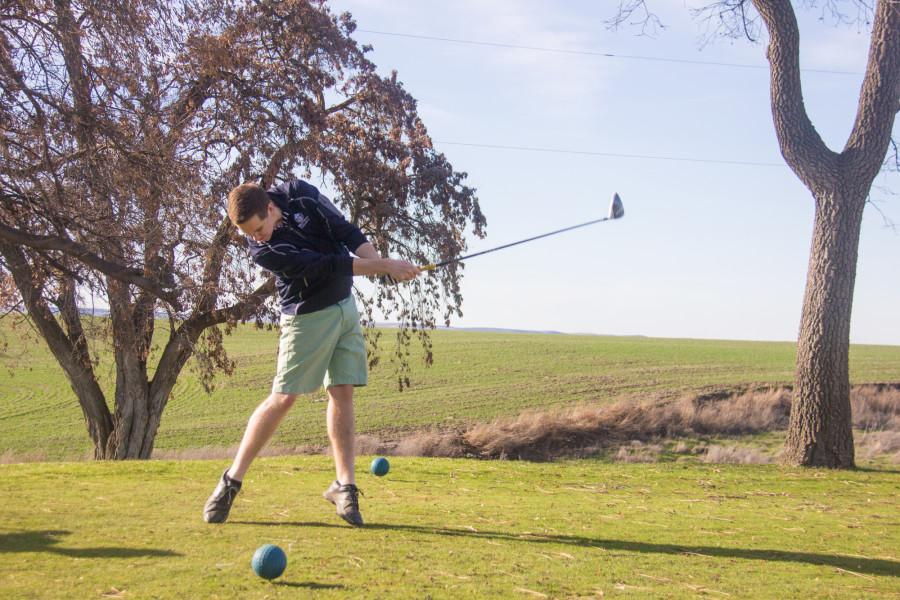 Life on the Whitman men’s golf team has not been easy as of late. The team has had to deal with horrible weather, defecting players and a conference that ranks as one of the best in the country.

For a group looking to improve on a rough first part of its year, the snow and sleet, the undersized team and the difficult competition could make it tough to achieve their goal of  third place in the Northwest Conference. Despite these challenges, the Missionaries still believe that they can overcome anything their tough situation throws at them.

Practice is the key to achieving any athletic goals, but the bad winter weather has forced the team to fight for even this essential part of overall performance.

In fact, the weather conditions of late have embodied the team’s motto of “any course, any time.” The team has gone through a lot more adversity than just some unexpected bad weather. Both last semester and this semester, the team has competed with just four golfers, the minimum for a college competition.

While the team went into this season thinking that it would have as many as six, a confluence of factors shrunk the number back to four. Two golfers decided not to play before the beginning of the fall season, another golfer decided not to play for the spring season and a potential transfer student did not join the team.

“A coach never wants somebody to decide that they don’t want to play. It’s a bit of a disappointment,” said McClure. “But it doesn’t overwhelm me thinking that we’re sunk because I know that we’re strong right now.”

This strength is closely related to the return of junior Scott Martin. Martin had been abroad first semester and his return brings back the second-lowest scorer on the team, effectively replacing one of the higher scorers that decided not to play this semester.

“Having Scott Martin back really has made a big difference in the team. We’re going to be much stronger,” said McClure.

When compared to most teams, which start five or six players and count the best four scores (allowing one of the better golfers to have a bad day and still have a good team score), having only four players could make it difficult on the team. The added pressure of knowing that regardless of how your teammates do, all the scores will be counted is never a welcome thought on the course.

This pressure doesn’t concern the team, though. In fact, coach McClure believes it helps them.

“I think it’s a real advantage, because you can’t quit ever,” said McClure. “If you’re under the gun all the time, I think it helps you play better.”

Sophomore Daniel Hoffman insists this external pressure does not affect him because he is only focused on his individual play.

“When I’m playing, I just take it one shot at a time,” said Hoffman. “As much as I want to think about my teammates and how they’re doing, I just block it out and play my own game.”

The team has left some work to be done after a disappointing first tournament last weekend. They finished in sixth place out of a total of eight teams, finishing 62 strokes over par, while the winner, University of Puget Sound, finished at 32 over.  After all the adversity in the off season though, fighting toward better scores should be no problem.

“We have a lot of work to do after the fall,” said Martin. “We just need to go out there and play our best golf, and the scores will figure themselves out.”

McClure is optimistic the team’s talent and energy will lead to improvement this spring.

“We’ve got a really good team, the guys are enthusiastic, and they’re really looking forward to playing this season,” said McClure.