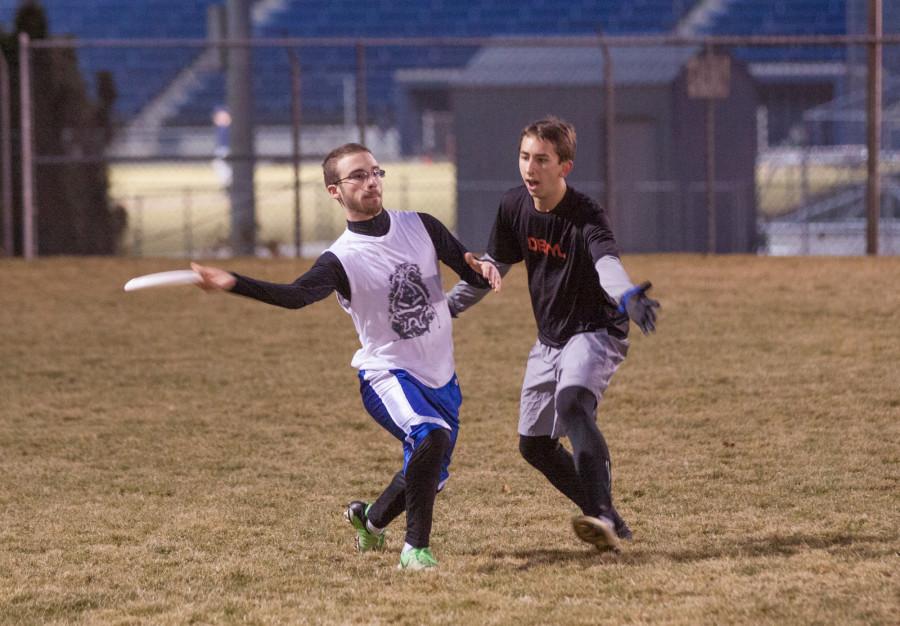 After key seniors graduated and left last year’s team that made Division 1 Nationals, the 2014 edition of the women’s Sweets had a challenge: rebuild and reload. After placing eighth out of twenty teams in their first tournament over Presidents’ Day weekend, it appears that so far they are on the right track.

It wasn’t all smooth sailing, though, and the challenges began before the team even walked onto the field. An unusually cold and wet Walla Walla winter combined with low priority for gym space has prevented the Sweets from practicing as much as they had hoped. The tournament was also an invite-only affair, which meant they had to convince tournament organizers they were worthy of an invitation to play. To compound these issues, the team faced a multitude of injuries throughout the weekend, and their solid performance could have been even better.

“With the difficulties surrounding how we could prepare for the tournament, the fact that we did as well as we did is a huge motivating factor for the rest of the year,” said senior Corinne Pingul.

The injury bug hit the Sweets early and often. Sophomore cutter Marlena Sloss was lost to an ACL tear, and first-year Claire Revere suffered a concussion. Both injuries could be on the long-term side of the spectrum; Sloss is likely unable to play again this season. These setbacks forced other members of the team to step up. Pingul pointed to sophomore captain Ari Lozano as one of the most important motivators on the team.

“In one of our really close games, she turned the page for us and was that force of motivation that we really needed as a team,” said Pingul.

Not to be lost in the shuffle of difficulties and strong performance is the fact that the Sweets come from a school of just over 1,500 students, while some of the teams they played have tens of thousands of prospective ultimate players. This distinction, says Lozano, is part of what makes this season so special.

“That’s the biggest part of the amazement of this year. We’re small, but we’re contenders,” she said.

For a team whose goal is to go to nationals again and place even higher than last year, it looks like the women’s team is well on its way.

On the men’s side, the Sweets came into this year hoping to live up to high expectations created by last year’s finish in the top 20. Because of these high expectations, the beginning of the season can only be described as bittersweet. Over Presidents’ Day weekend, the Sweets finished their first tournament of the year. While they lost their first two games, they won their last six, taking the win in the consolation bracket of the tournament.

The Sweets knew going into the tournament that their road early on would be challenging. They were forced to square off against very strong teams with No. 2 Colorado and No. 19 Washington within their first few games. While they didn’t make it out of their group, there are some positives to take from winning their last six games in a row.

“It was not our goal going in but was definitely an accomplishment [to win the consolation bracket]. It was good to see the team respond after losing our first two games and come back and win the next six,” said junior Peter O’Rourke. “We definitely showed a lot of mental toughness, which was really good to see early in the season.”

The Sweets have a lot of growing to do between now and the next tournament, though, as the team aims to place much higher than it did in its first competition of the season. The next challenge will be their first time playing in Easterns in Myrtle Beach, S.C. during Spring Break. Just like the first tournament, the competition will be stiff.

“We’ll be an underdog in all the games we play,” said O’Rourke. “But if we play the way we did in the second part of the Presidents’ Day tournament, there are very few teams in the country that can beat us.”

As long as the team can produce the way O’Rourke and other key members of the team believe, the Sweets should be on their way to another strong season.

“We’re not scared of anyone, but I’m sure some teams will be scared of us by the end,” said O’Rourke.