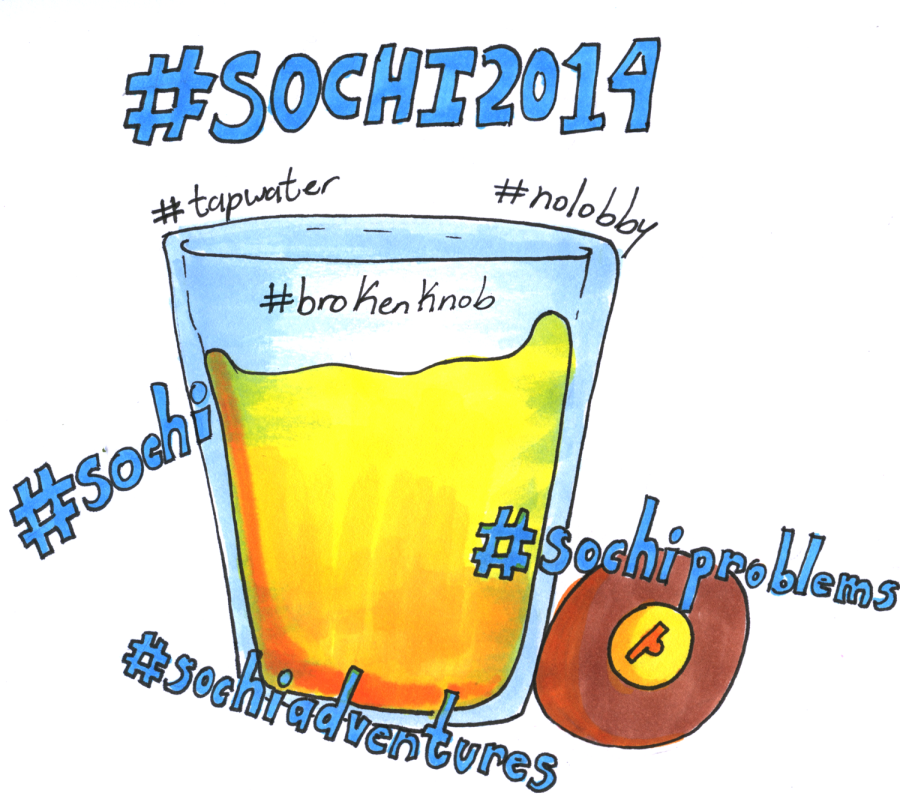 By this point, everyone following the Olympics has heard of or read the torrent of coverage from the Western media in Sochi complaining about the conditions of hotels and how unprepared Russia was for the Olympics to begin. In fact, the Twitter account that highlights these issues, “Sochi Problems,” already has more followers (342,000) than the official Twitter account of the games themselves (235,000).

This is a problem. The fact that Western journalists think the biggest story around the Olympics is that their bathrooms don’t have shower curtains or that they don’t have any place to hang their suits represents Western countries poorly and says a lot about those journalists in general.

Now, thanks to their complaints, the main focus of the Olympics is not the elite athletes who have devoted thousands of hours over many years to perfecting their skills. Instead the spotlight has turned to those who should be remaining anonymous: the journalists sent to cover those athletes.

Not only has the focus of the games somewhat shifted away from the games themselves, but some of the issues these journalists continue to complain about are problems that Russians feel every day. Reporters have tweeted photos of dirty water coming from the taps. This sounds bad, but according to President of the European Bank for Reconstruction and Development Jean Lemierre, only about half of Russians had access to drinking water that met reasonable standards of cleanliness in 2002.

Russian President Vladimir Putin even admitted that he sometimes has dirty water come out of his taps. Apparently, many parts of rooms are missing and beds are smaller than expected. Welcome to a standard of living for many in Russia that isn’t as high as that of journalists in the United States, Canada and the United Kingdom. What these journalists have apparently forgotten is that they only have to deal with these problems for two weeks, while many Russians have to accept dirty tap water their entire lives.

Possibly the worst example of pompous western journalism came when Cathal Kelly, a columnist for the Toronto Star, sent out a series of tweets criticizing the gift bag given to journalists in Sochi. The bag included a passport holder, a pen, a teddy bear, an eyeshade and an Ethernet cord, which Kelly tweeted was the only reason he picked the bag up.

“As in life,” tweeted Kelly, “you know how much people care by the crap they give you.”

It must be rough to travel for free to Russia for two weeks, watch some of the best athletes in the world and receive a disappointing commemorative gift basket.

What these journalists need to remember is that if they want so badly to be anywhere but Sochi, there are thousands that will take their places. I’ll go, even if I have to sleep in a tent.