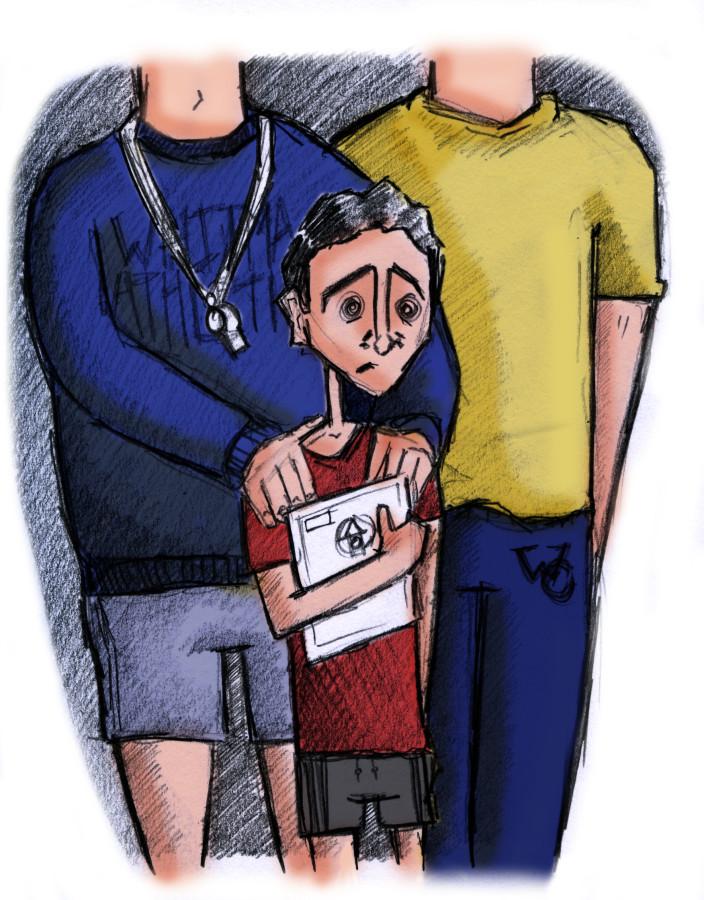 The differences between Division I and Division III athletics are a hot topic, especially in recent years, and when it comes to recruiting, DIII schools are competing more than usual with DI programs.

For the varsity coaches at Whitman, the recruiting constraints that come with competing at the Division III level pose somewhat as a disadvantage in picking up great players. That being said, the Division III athletic experience, to some athletes, is preferable, and can even give Whitman coaches an advantage in recruiting. These coaches have had great recruiting success, as evidenced by this year’s strong recruiting class, with many first-years already showing promise early on. The work they do in the offseason and the attractiveness of a Whitman education is what truly draws high caliber athletes to Whitman athletics.

It is no surprise that a Division III athletic career is less desirable than that of a Division I, but that is simply in regard to athletics. Yes, in general DI is more competitive, but for athletes who also want to be successful students, Division III is favorable. One of the biggest advantages of a DIII athletic career is that an athlete can also experience a fruitful academic career.

“You have some independence as an athlete at a DIII level. My expectations of a player coming in as a student athlete are a lot different than an athlete that is also a student [at a DI program]. I think it’s a more well-rounded experience,” said Mike Washington, head coach of the men’s soccer team.

“The main difference [between DI and DIII] would be that most DI institutions don’t necessarily let you major in a ‘time-consuming’ degree, like pre-med or engineering. In Division III, we are all about the student-athlete; this gets lost at the DI level,” said Bridgeland.

Jeff Northam, the men’s tennis head coach, spoke to how the disparity in the level of competition is not as great as one might think.

“There are many reasons to choose DIII over DI. In tennis the level of competition is still quite high. Currently in tennis, some of the top players in the U.S. are now going DIII. But honestly the main reason is the balance provided at DIII schools,” said Northam.

The academic freedom that Bridgeland refers to is extremely important in an athlete’s decision to go DI or DIII. Even if an athlete is capable enough to compete at the Division I level, typically he or she will have to settle for a degree that suits their demanding practice schedule. Often times these degrees are rather basic and don’t allow for many options in the job market after graduation.

The lack of athletic money, and thus financial incentive to play for a certain team, is a problem coaches often face, as many of Whitman’s athletes could play at a DI level and fight for an athletic scholarship. But Whitman also offers generous academic grants, and in some cases, DIII is a better financial option in the long run.

“It’s a four-year program here; for most DI athletes, it’s a six-year program. That’s another big seller for me, is that sometimes a DIII career can be less money because the last two years of a DI, you’re actually paying full pay,” said Washington.

The reason a Division I program can turn into six years is because oftentimes athletes will be encouraged to redshirt one or two years. On top of that, it can be difficult to complete sufficient credits to graduate in four years as a DI athlete, causing those athletes to need one or two more years of college after their athletic career at that school has run its course.

There is also the fact that athletic DI scholarships are year-based, and can be taken away if the player isn’t performing.

“If the player isn’t playing at a high enough level, they can be told to look elsewhere. This represents a flaw in the system rather than with any particular coach. The emphasis is on athletic success and prestige, rather than on development of student-athletes,” said Ben Eisenhardt, a senior forward on the men’s basketball team.

Eisenhardt transferred from a Division I school to Whitman early in his collegiate career. For Eisenhardt, the switch has been nothing but positive.

“I wouldn’t say that the reason why I made the switch had anything to do with which athletic classification Whitman was or wasn’t affiliated with, but rather I chose Whitman because it provided an opportunity to challenge myself academically, be closer to my family and be part of a winning program that worked to develop its players as both people and as athletes,” said Eisenhardt.

Like Eisenhardt, DIII athletes are rarely just concerned with their athletics.

“We look for prospects that aren’t defined by basketball. Obviously, and I think our current and past rosters speak to this, we target prospects who not only end up being, but want to be significant parts of our beautiful college,” said Bridgeland.

To Northam, how a player sees himself within the current team and at Whitman is a big factor in his recruiting.

“Fit is very important. With the men’s tennis team we have a very supportive and family-like atmosphere. I and the rest of the team want recruits that will we enjoy being around for the next four years. Then obviously their academic profile is huge. And then tennis ability is the last part of the puzzle,” said Northam.

Fit within the team, as well as the school, is so important because a DIII coach can’t build a team with the same objectives a DI program might have.

“One of the things that I think is difficult about DIII is finding specific things in a player. ‘I want a 6’4″ center back’ just isn’t something we can do because we don’t have money to offer. We try to look for the best athlete we can. If they can play multiple positions, that’s big, and if they are a good fit with the school and our program,” said Washington.

Washington’s statement really exemplifies what characterizes Whitman students in general.  Students and student-athletes at Whitman are flexible and versatile, which is important in many sports, as an athlete is sometimes more valuable if he or she can play multiple positions well.

Ultimately the most important difference between DI and DIII recruiting and recruits is the level to which they intend to continue to compete. In many cases, especially football, for example, DI is the only viable avenue to the NFL. However, if an athlete is looking for four more years of highly competitive play supplemented by an excellent education and college experience in general, DIII seems to be the growing trend.

“At Whitman, and I assume at other Division III institutions, student-athletes have opportunities to pursue a variety of other interests, not just athletic ones,” said Eisenhardt.
Northam, a Whitman graduate, looks to his own experience in describing Whitman to prospective student-athletes.
“Many student-athletes are looking for a balance between academics, athletics and the college experience, all things that Whitman does very well,” said Northam.
Delete Image
Align Left
Align Center
Align Right
Align Left
Align Center
Delete Heading