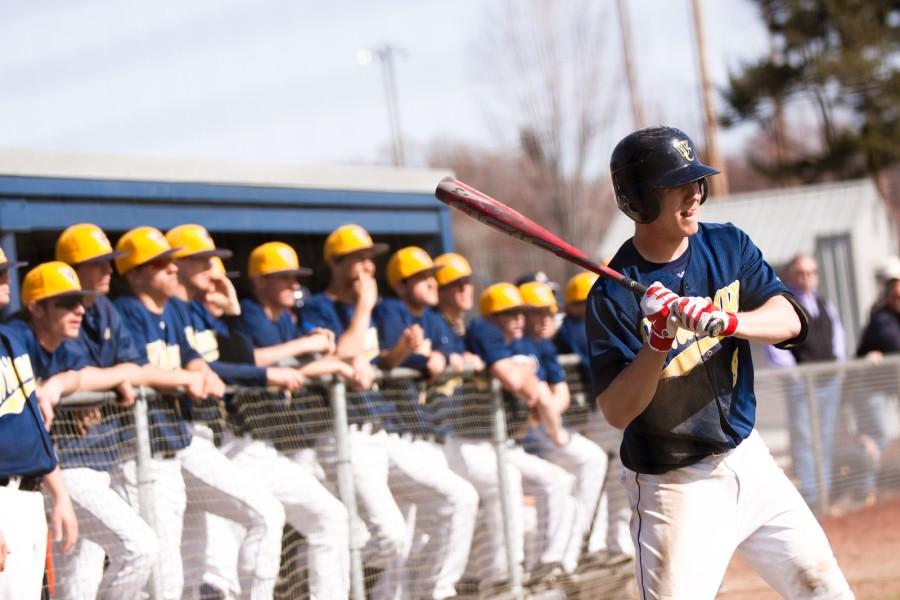 Whitman College varsity athletes: all Missionaries, all fierce Northwest Conference competitors, all striving to represent Whitman on and off the field. But no two varsity teams at Whitman are made alike.

Each individual team has a unique history at Whitman. Teams such as basketball and baseball have competed at the varsity level for decades, which creates a larger alumni base of support. The tangible evidence of that support is in part monetary: Sports with longer histories have more alumni who give dollars to the programs, thus increasing the amount of money available to the coaches of those programs to spend on resources. For sports like volleyball and soccer that were developed more recently, the athletic department has had to create new dollars and new budgets to support those programs.

In addition, each of these teams has multiple part-time and volunteer assistant coaches, who help with everything from on-field coaching and recruiting to film study and travel planning.

In 2010, the $3 million Kim Evanger Raney Endowment established the Varsity Athletic Endowment, which “is designed to ensure gender equity and equity in sports that do not have as deep an alumni and fundraising base,” according to Athletic Director Dean Snider. Of the $3 million gift given in 2011, 50 percent was used to further enhance the Varsity Athletic Endowment and 50 percent established endowments in men’s and women’s basketball and baseball. This will be the first year that Ferenz and the women’s basketball team benefit financially from the endowment.

While Whitman’s varsity teams all have significant support from the college, some teams are more limited in their resources than others.

“John [Fleming] is doing both [the men’s and women’s] teams and he’s trying to manage both the recruiting side of it and the field side of it, which is difficult because we’re only getting him for one or two days a week each,” said Washington. “He has to sit through both games on the weekend, which is really tough; it extends his hours. I think it’s taken away from some of the recruiting things we’d like to see done because he’s spread pretty thin.”

When Washington first came to Whitman in 1998, he had a volunteer assistant but essentially had to run the program on his own, from recruiting and meeting with students to scheduling games and coaching on the field.

The need for assistant coaches across the board in the majority of Whitman’s varsity programs is evident, and continues to be a primary focus for the Whitman athletic department and the W Club.

The creation of Whitman’s annual athletic budget is twofold, framed by the past and negotiated according to present and future needs. First is the history side, wherein long-standing varsity programs have a deep base of alumni support.

The second aspect to consider is the present needs presented by each team. Every year, coaches submit requests based on their anticipated travel costs and roster sizes, and the college allocates the budget based on those requests. Coaches must determine what they need to run their program. According to Snider, the larger part of the operations budget is always travel costs “because geographically we are a little challenged.” The challenge is to keep travel costs consistent across all 14 varsity teams.

“At the time the W Club was being conceived we took a look at our location and found an inherent disadvantage. Even if our budgets were comparable to other schools, we needed to spend a significantly higher percentage on travel,” said Snider.

In order to compensate for the great distances traveled to reach competitions, Whitman has significantly increased its athletic budgets across the board since 2005, doing so with gifts from many of the alumni who would eventually come to establish and make up the W Club, which was founded in 2008. Some of those gifts were made to specific programs to be used for specific purposes, including assistant coaches.

Each full-time assistant at Whitman initially had his or her salary paid for by gifts given individually to his or her program. The gifts were given with the intention of eventually becoming internal in the athletic budget.

“We generated a gift for both [the men’s and women’s basketball teams] and these are the first two full-time assistants we had in men’s and women’s basketball. [These gifts] allowed us to take the current funds we allocated to basketball assistants … and put in the general pool and spread that out to the rest of the programs,” said Snider. “We got those gifts with the understanding that we would eventually make those positions internal and that happened this last year. This is currently the first year that our basketball coaches’ positions are internal. They’re not gifted any longer; they’re budgeted by the college.”

After seeing the value in this process for creating positions for full-time assistant coaches, the athletic department voiced interest in generating a gift for a baseball assistant, eventually accepting an offer from an alum and creating that new position.

For the baseball team, the assistant coaching position is still gifted and on track with the athletic department’s timeline to bring it into the College’s budget. There are currently no plans for Whitman to add to that list of teams with full-time assistant coaches, but Snider remains optimistic that this will eventually happen.

“I would love to have assistant coaches in every sport, every one of them,” said Snider. “It will take building, it will take some time and it will take some creativity. Our goal is to have resources that are competitive with the programs we compete against … in the conference and the nation, where full-time assistants are part of the norm.”

No matter if they have six assistants or none, Whitman’s varsity teams continue to do everything they can to make their student athletes’ experiences the best they can be. The problem exists and the situation is not always ideal, but coaches recognize that the perfect solution will not come overnight.

“Ideally moving forward, it would be nice to each have an assistant each so we could manipulate a little bit better for our own good, rather than trying to share it,” said Washington. “We’ve just got to keep working on it, I think. It’s something [within the department], what we’re trying to do now is [have] every team [get] a full-time assistant. It looks like we’re one of the last ones set to have that happen.”

Despite the obvious discrepancies in resources that currently exist between varsity teams, the athletic department and the college clearly recognize that there is a problem and continue to partner with the W Club in the hopes of creating an increasingly more equitable experience for all their varsity athletes.

“I want every varsity athlete to be able to say, â€˜I’m a varsity athlete and I know what that means because it feels the same as someone else’s varsity experience,’ and so we’re working towards that,” said Snider.

While solutions will not come overnight, varsity coaches and athletes alike are learning how to work within the current structure and find success.

“You know, you either sit and moan about it or you just get on with it,” said Washington.