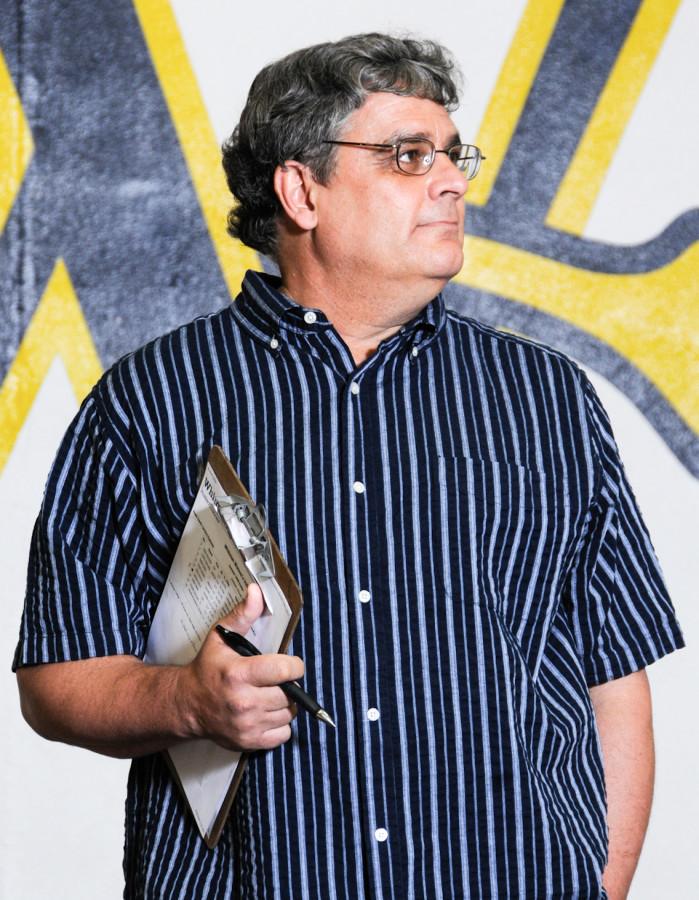 On Aug. 3, Whitman College athletics lost one of its most dedicated supporters. Longtime Sports Information Director Dave Holden suffered a fatal heart attack, leaving student athletes and many members of the Whitman community without a dear friend.

For 18 years, Holden served as the voice of Whitman varsity athletics. A consistent attendee of Whitman athletic events, Holden watched hundreds of contests during his career, examining each and every one with a closely trained eye and extracting details that he used to entertain and educate his readers.

Holden touched a myriad of student athletes while at Whitman as he wrote about their successes on the field and in the classroom. He was one of the quietest members of the athletic department, but universally beloved and respected amongst his colleagues.

Below, former student athlete Taylor Chock ’12 reflects on her memories of Holden.

As a game statistician for basketball and baseball and a student athlete during my four years at Whitman, I was fortunate to have gotten to know Dave fairly well, as I spent many a weekend learning from and working with him. Dave was a sports guru who knew the answers to any scoring question (he was very generous with stats, especially to Whitman players), and he had a fantastic sense of humor that always made it entertaining to sit next to him. Without fail, Dave was present at every home sporting event.

Dave was unconditionally dedicated to his profession and, more importantly, to student athletes and their families. He often worked late into the night to get game reports written and onto the Whitman athletics website as soon as possible so that impatient parents and grandparents could read about how the game transpired in great detail. Thanks to Dave’s promptness, my parents often knew the outcome of the game and even the number of our team’s shots on goal before I had a chance to call them that night. Not only did Dave write the stories for all to see and enjoy on the website, he also worked tirelessly behind the scenes to nominate student athletes for numerous academic and athletic awards. Because of his efforts, dozens of student athletes have reaped the benefits of being recognized as Academic All-District and All-Americans.

A fond memory that showcases Dave’s unique personality and unexpected humor came before a basketball game versus Willamette University. Willamette brought one of their sports broadcasters to Walla Walla to cover the game on their school radio station. For some reason or another, there were technical difficulties and the entire scorer’s table, including the Willamette broadcaster, was not able to connect to the internet. It was five minutes before tip-off and the Willamette radio personality was literally twitching in agitation and then proceeded to cause a scene. Dave was sitting next to me, calmly clicking around on his computer and seemingly ignoring the fit of hysteria brewing next to him. I was engrossed in setting up the game files when suddenly Dave silently slid a piece of paper over to me without even so much as a glance. It read, “Guy’s a dork.” Surprised and highly amused, I let uncontrollable laughter escape as I glanced over at Dave. As usual, Dave’s expression was almost unreadable; he still peered intently through his glasses at his computer screen, but if I looked closely I could see the faintest hint of a smile at the corners of his mouth. That was Dave: He could always find jocosity in stressful situations and deliver it in the most unanticipated way.

Dave’s frank and unpredictable humor, unrivaled dedication and infinite sports IQ will be greatly missed. His passing will continue to impact the Whitman and Walla Walla athletic communities as we have lost an irreplaceable Sports Information Director, student athlete advocate and friend. Rest in peace, Dave––you can finally watch every sporting event you want from above!