Whitman women look to fight for the postseason 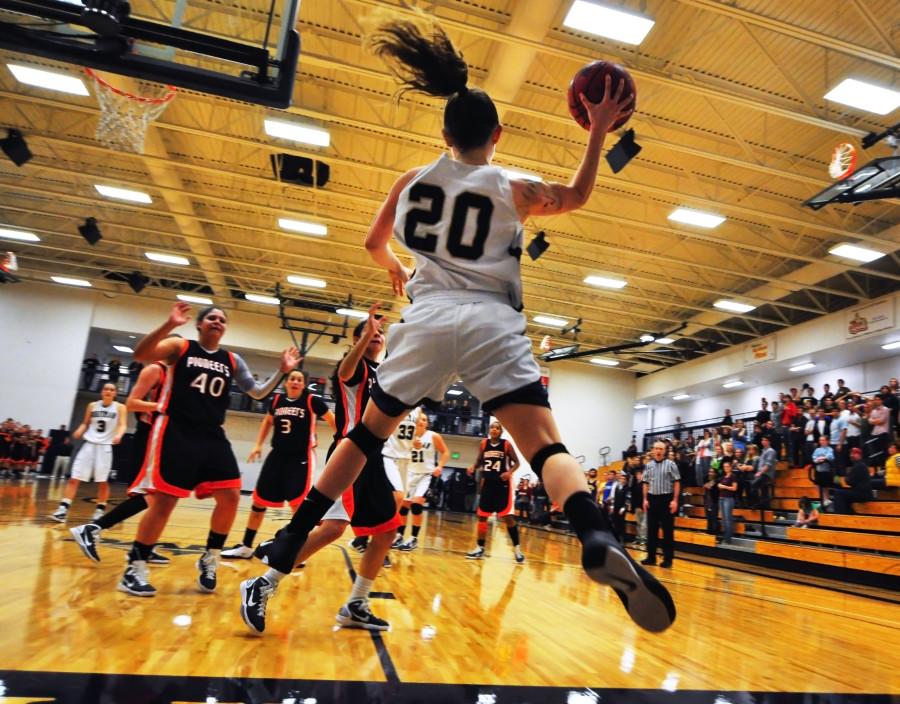 Kelly Peterson saves the ball from going out of bounds in the final seconds of the game on the night of January 28th. After a hard fought game, Whitman ended up losing 64-61 to Lewis & Clark. Credit: Ethan Parrish

In a season filled with close matches, this past weekend found the Whitman women’s basketball team splitting a pair of overtime games.

After a 65-61 victory in double overtime against Pacific Lutheran, the Missionaries found themselves on the other side of an overtime loss, losing to University of Puget Sound 78-81. The loss against UPS leaves the women with a 6-6 record in the Northwest Conference, 12-9 overall, and in a fourth place tie with Whitworth University.

So far this season all six of the conference losses for Whitman have come by seven points or less. While losing so many games by such a close margin frustrates the team, according to senior Jenele Peterson it also shows that they can truly compete with anybody.

“We have been very close to all our opponents which means we are just a few tough games from being top of the conference,” Peterson said. “This shows we can play with anyone, compete with anyone and have the ability to beat any of the top teams on any given night.”

What bothers senior Anna Forge the most is the fact that all of the games could have been won if the team had done one small thing differently.

“We are on the cusp of being really, really good, but the small things that aren’t being done really cost us,” Forge said. “You could look at film and see one thing we could have done to win.”

To combat these tight losses head coach Michelle Ferenz has placed an emphasis on a couple key components of the game.

“We have a couple areas where we don’t consistently do well: rebounds and turnovers,” Ferenz said. “Rebounding has been our biggest issue.”

Because these teams are four wins in front of Whitman, it would be nearly impossible to break into the top three before the playoffs. But once the playoffs start anything could happen.

The top four teams in the conference play a single-elimination tournament to determine the winner of the conference. The race for the fourth spot into the postseason is a close battle between Whitman and Whitworth (tied at 6-6) and Linfield (5-7).

Coach Ferenz believes that during the playoffs any team could beat anybody else because no one team stands out, unlike in recent seasons when George Fox, the three-time defending NWC champions and 2009 Division III national champions, were far superior to the rest of the conference.

“This might be the most competitive conference playoffs we’ve had,” Ferenz said.

Whitman next has a string of home contests that will play a very large role in determining what teams will make it into the playoffs.

“We are going to have to win at home against Fox, Whitworth and Willamete,” Ferenz said.

According to Peterson, playing on the home court could greatly affect the outcome of the next few games. “Teams dislike traveling all the way to Walla Walla because they are not used to the long road trips, so this may be in our favor,” Peterson said. “We also really enjoy playing at home and having great crowds cheering for us.”

Whitman’s next action comes on Friday, Feb. 11 and Saturday, Feb. 12 against George Fox and Willamette, followed by a very important game against Whitworth on Tuesday, Feb. 15. All of these games take place at Whitman and start at 6 p.m.