If Biden is committed to the First Amendment, he must stop the persecution of Julian Assange 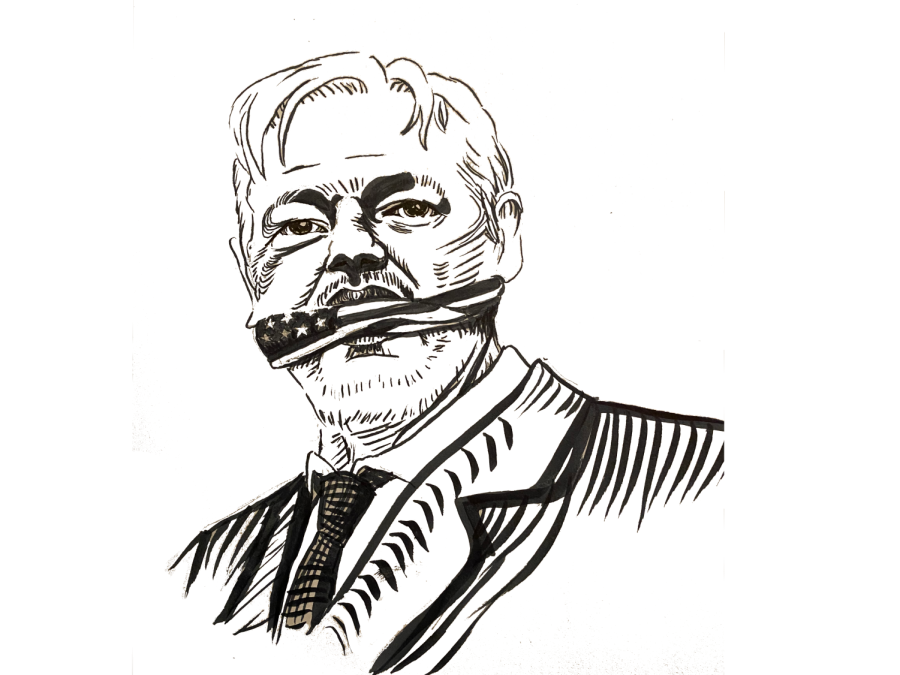 If Biden is as serious about the truth as he claims to be, he should stop pursuing espionage charges against publisher and journalist Julian Assange. Assange is the founder of WikiLeaks, an organization that publishes documents leaked by corporate and government whistleblowers all around the globe. The Biden DOJ announced that it will continue to pursue the extradition of Assange from the UK to the US. Were Assange to be extradited and charged in the US for obtaining and publishing classified information, it would pose an unspeakably grave threat to freedom of the press and the First Amendment.

WikiLeaks initially garnered attention in 2010 when they released the Afghan War Diary; these files revealed war crimes on the part of the United States and coalition forces stationed in Afghanistan. Another well-known release is a video titled “Collateral Murder” that shows a US Army helicopter firing on an unarmed crowd in Baghdad. Two Reuters journalists were among those killed in the attack, as were several people who came in vans to pick up and assist the wounded — a glaring example of a war crime.

WikiLeaks’ format allows them, in their words, to report “the vast range of small tragedies that are almost never reported by the press but which account for the overwhelming majority of deaths and injuries [in war]” — they can bypass a corporate media that acts as a filter through which governments manage public perception in democratic societies. At this time, WikiLeaks was an immensely popular organization among liberals in the West, as evidenced by the standing ovation Assange received at a 2010 TedTalk in London.

Since then, there has been a concerted defamation campaign against WikiLeaks, and in particular, Assange — including rape allegations we now know to have been fabricated by Swedish police; now-discredited claims of meetings with Paul Manafort and Russian spies to hack the DNC; and baseless claims that he smeared feces on the walls of the Ecuadorian embassy in which he was confined for seven years. Furthermore, Assange was secretly and illegally surveilled 24/7 by the CIA during those seven years of political asylum in the embassy.

There is, however, extensive evidence that the US has been conducting an all-out war against Assange, his family and WikiLeaks for about a decade. In fact, Wikileaks itself obtained leaked emails from American private intelligence firm Stratfor (longtime US federal government partners) that show an intention to “move him from country to country to face various charges for the next 25 years … [and] seize everything he and his family own.”

Assange was yanked out of the Embassy by British police in 2019 and, on a decade-old bail violation, was thrown in solitary in what has been called Britain’s Guantanamo Bay. UN official Nils Melzer visited him there, accompanied by two expert doctors who both independently concluded that Assange showed signs of prolonged psychological torture.

In this case, the UK and US governments’ message to dissidents is clear: those who expose crimes will be considered criminals, while those who commit them at the highest levels can do so with impunity. If we can convince the public that Assange is a sexually-violent sociopath, and if we can keep him arbitrarily imprisoned and psychologically tortured for years, the same or worse can happen to you — so keep your mouth shut.

We in the West cannot allow our governments to treat dissidents in this way. If we do, we really are no better than China or Saudi Arabia. If the US wants to market itself on the world stage as a defender of a free press and of human rights, it must stop pursuing espionage charges against Julian Assange for conducting journalism. The importance of this case cannot be understated, for what is at stake here is our very right to live in a free society and our right to know what our governments are doing.