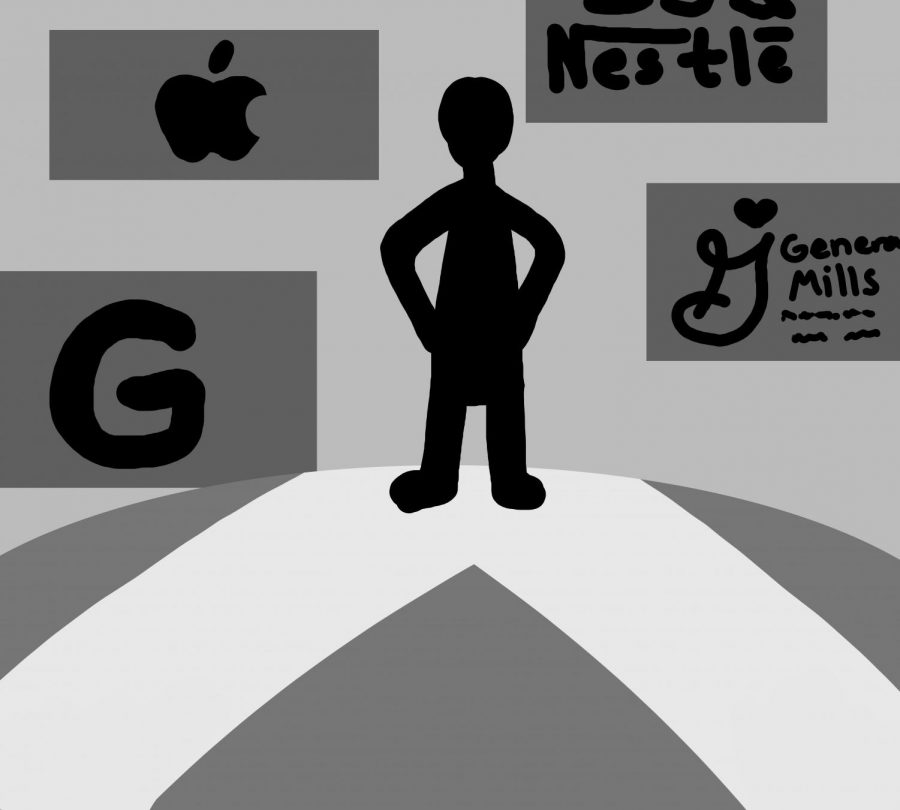 Walk into your local Safeway and look at what’s on the shelves and in the fridges. Although there’s a large variety of foodstuffs and beverages bearing the insignia of many brands, most of these products are owned by just a few giant monopolies. Pepsi and Coca-Cola both own 69.5% of soda and soft drink products. Proctor and Gamble owns shampoo brands like Aussie and Herbal Essence, laundry detergents like Tide, Gain and Downy, and even Pampers. Brands that you wouldn’t associate with each other are often owned by the same monopoly. This is detrimental for the consumer’s choice to support corporations that align with their tastes and morals.

Say, for example, someone decides to swear off Nestlé products for a moral reason, whether it be the way they block water access for millions or because they use child labor on their chocolate plantations. They avoid Nestlé’s bottled water or Nesquick or anything that bears Nestle’s name. However, they may buy Häagen-Dazs or Fancy Feast or Lean Cuisine later that week, which are all owned by Nestlé. A corporation can own many properties that you may not associate with it. It’s not always that obvious; the Nestlé logo isn’t printed in a clear, obvious spot on a Häagen-Dazs tub of ice cream. A consumer could be inadvertently supporting a corporation that they don’t wish to support.

Monopolies effectively eliminate competition. There really isn’t any competition between two brands owned by the same corporation; you support them either way when you buy any of their products. The same goes for airline companies, newspaper and media conglomerates, and pharmaceutical monopolies. They control the prices at which you purchase things and the information you intake. And, as monopolies continue to grow wealthier, small businesses without the power, wealth and influence of these monopolies lose business or are bought out. Monopolies control the wages their employees receive. They have incredible power to lobby representatives to support their agenda.

With this in mind, are we truly free in this economy? If, at every turn, we support these monopolies, then what’s the point? Are we just slaves to continue filling the pockets of a small percentage of billionaires? I suppose that is their intention, and that’s why they continue to raise prices on insulin, lower wages and limit our information intake. But, maybe there is a choice, and that choice lies in local businesses. If we buy produce from a farmer’s market, or shop at mom-and-pop stores, we’re not supporting those big businesses, right? But even then, they have a hard time competing with big monopolies and every so often, we have to get something at Walmart or Safeway that we can’t find in a lot of local businesses. So, what should we do?

I believe that we need another antitrust movement, one that works to break up giant monopolies and decrease their influence on the government, economy and society, similar to those in the early 20th century. Monopolies have gotten too big and dominate too much of our lives and too many of our products. If our politicians would work to split these monopolies, like how the Standard Oil Company was split into 34 companies, we may be able to restore choice and freedom to the consumers in this market.