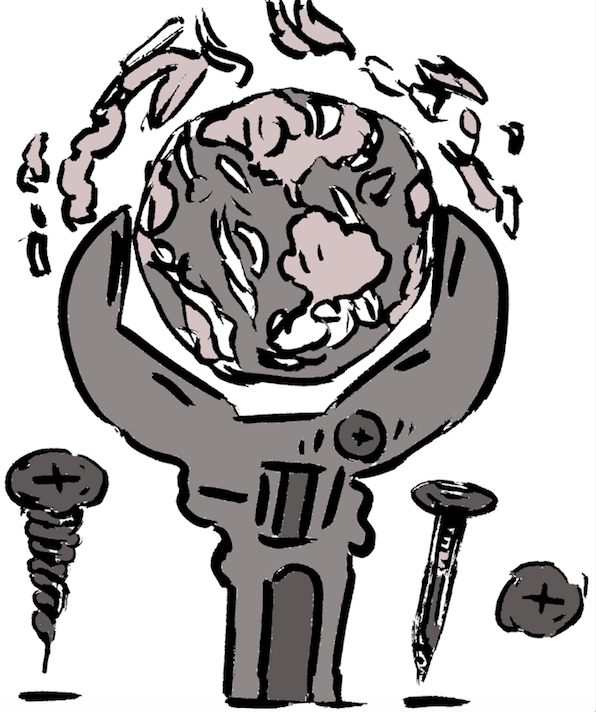 Geoengineering is the concept that we can directly use our technology to alter the climate. Instead of our effects on the environment being collaterally harmful, they can be positive, intentionally. Geoengineering is a highly debated hypothetical solution to the anthropogenic climate change problem, involving mostly intensive technological intervention in climate systems to change them for the better. Like most global issues, the adoption of a geoengineering practice relies on many complex considerations.

When evaluating what societal body is responsible for climate change, the conclusion one draws is that developed countries are mostly responsible for the current level of climate change, and that currently developing countries will likely become larger and larger contributors to the problem. The burden of action lies in the hands of those who have already reaped the benefits of societal progression at the cost of the climate.

A central problem in geoengineering regarding climate justice is that those who initiate the actual action of geoengineering will likely not be the ones who suffer the possible cost. Geoengineering costs are more complicated than simply financial; for example, the proposed practice of spraying iron powder into the oceans to fertilize plankton that take in carbon dioxide would result in dead zones, likely damaging a large portion of oceanic ecosystems.

This ecosystem damage would have a dramatic impact on coastal communities, but predicting which areas would be most affected is not yet possible. It is a similar story with most geoengineering practices: side effects are not well known and will likely have no respect for national borders. Those doing the geoengineering are in a position of privilege when it comes to the repercussions too. The variable possibilities are too great to compute, so real-life outcomes are still unknown. The only way to make a fair decision would be to receive input from all those who could be affected. Communication must occur among all people, because any geoengineering action concerns all people. In this way, climate justice calls upon a new level of global citizenship if we, as a race, pursue geoengineering.

There is a paradox present in the practice of geoengineering. Michael Zürn and Stefan Schäfer illuminate this contradiction and a possible solution in their research article,“The Paradox of Climate Engineering.” They state,

“We find a paradox of climate engineering, which consists in the circumstance that exactly those technologies that are capable of acting fast and effectively against rising temperatures at comparatively low costs, are also the technologies that are likely to create the greatest amount of social and political conflict. For geoengineering to occur justly, we must revolutionize the utilization of the tools we have today, both material, and as a global community.”

We have the power use technology to fix the damage that technology itself has inflicted. To geoengineer, though, is to take a massive step in our relationship with the environment. Always before geoengineering our greatest climatic consideration efforts were to minimize the harm our technologies inflict. We have the power to utilize these technologies to help the environment. This is a beautiful statement regarding the capabilities of humankind. Taking responsibility for our actions is a mandatory step in achieving climate justice. Making dramatic changes, and thus amends, is mandatory for taking said responsibility. Geoengineering would be the exact meaning of dramatic change regarding the human-environment interface. Perhaps the scariest possibility would be to fail in our relationship to the environment and realize we didn’t try all we could.