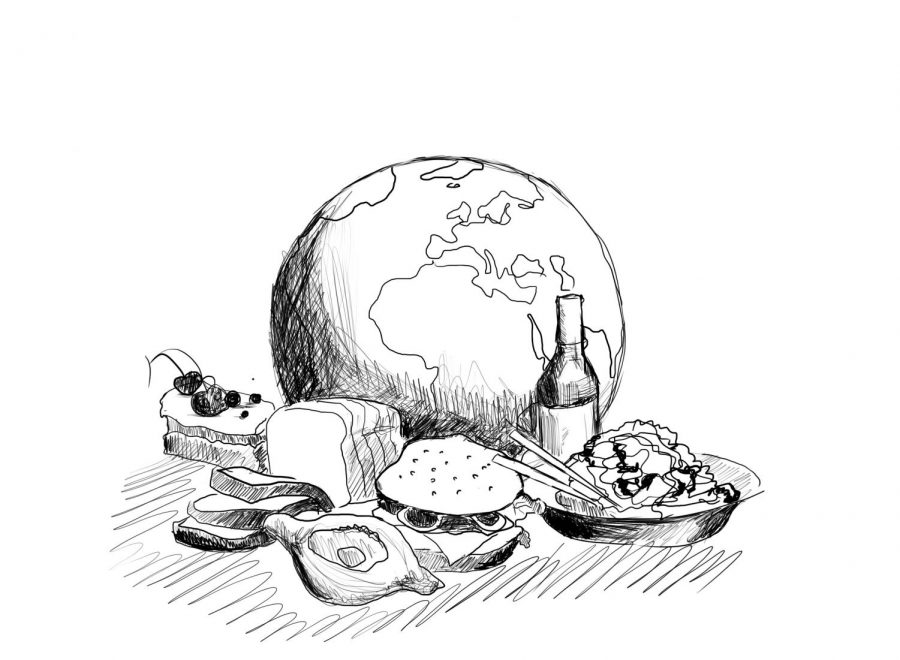 I miss Anthony Bourdain. Since his death in June of this year, millions have rightfully memorialized his sophisticated palate, complete sincerity and intimate relationship with food. But what I found uniquely admirable about Bourdain was his globalist vision – he saw a flawed, complicated and beautiful world and loved it unconditionally. Bourdain’s philosophy was simple. Food, in its many shapes and sizes, is a reliably humanizing element; consuming it with people around the world is something that allows for the formation of genuine interpersonal connections utterly impossible in other contexts.

In recent years, members of the alt-right have appropriated the word “globalism,” employing it as a slur directed against Jewish people and those opposed to the Trump administration’s nationalistic agenda. Former Trump administration chief strategist Steve Bannon has been at the forefront of this ignoble endeavor, frequently discussing how the term “globalist” represents unpatriotic individuals who embrace the arrival of a barbarian “other” hell-bent on world domination. And white supremacists have used the term to disparage Jewish people; they suggest that a nefarious global network of Jews, disloyal to their own countries, are engaged in a secret plot to rule the world through ownership of global financial institutions. These ideas are not unique to America; they are certainly given credence abroad, something demonstrated clearly by the recent elections of a plethora of far right-wing leaders in foreign countries.

Because of these deeply problematic recent developments, the globalist ideas communicated in Bourdain’s work are more vital than ever. In his Parts Unknown TV show, Bourdain consistently refrained from simply accentuating societal differences or drawing unfavorable comparisons between foreign countries and America. No matter where he happened to be traveling, Bourdain reserved judgment, documenting each place’s unique history and traditions while eating and drinking with locals eager to have their stories told by a curious and compassionate listener. An unspoken idea central to the show was that humans are not so different from one another; differences in culture, language and religion are in no way insurmountable barriers to human connection. Whether Bourdain happened to be talking to a Spaniard, an Iranian political dissenter or his good friend chef Eric Ripert was almost irrelevant; he consistently treated the ideas and customs of others with the utmost respect.

One of Parts Unknown’s most impactful moments came during the 2016 episode in Hanoi, Vietnam. The episode largely consisted of Bourdain navigating Hanoi’s crowded streets via motorbike, consuming a variety of Vietnamese street food and conversing with locals about the modern-day legacy of the Vietnam War. Near the end of the episode, President Barack Obama joins Bourdain for a meal succinctly described by the phrase, “low plastic stool, cheap but delicious noodles, cold Hanoi beer.” Bourdain, clearly concerned about recent political developments, earnestly asks President Obama a question about whether or not things will be okay in the future.  Obama, the quintessential optimist, responds by noting that, “progress is not a straight line,” yet concludes with the idea that things “are going to work out” in the end. I fervently hope he’s right.