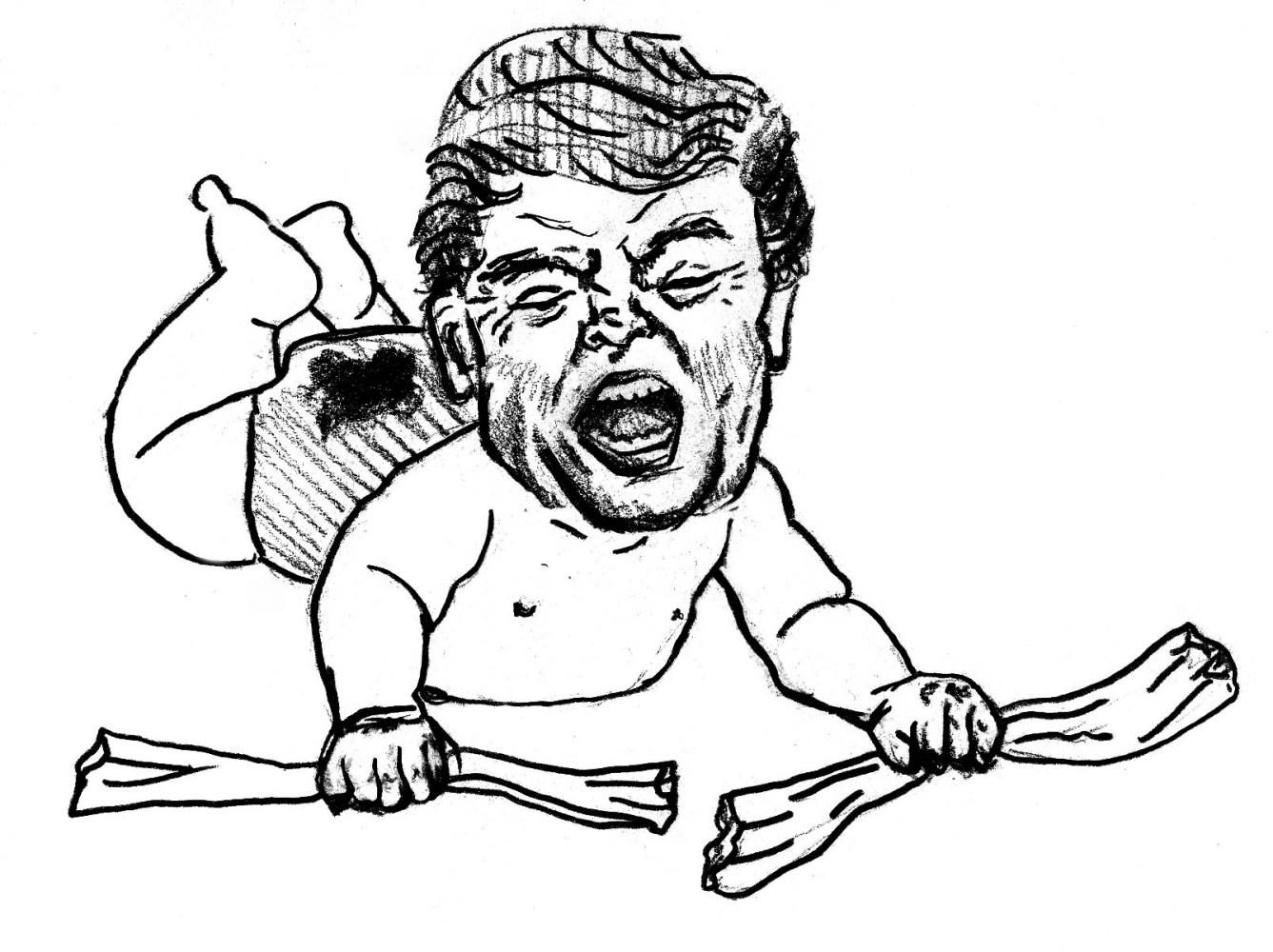 American political leaders are typically swept into office on a tidal wave of partisan fervor driven by their own campaign rhetoric. This was especially true in the 2016 election; the partisan lines drawn during the rancorous and divisive campaign season were impossible to ignore. But after the dust settles, the office of president remains greater than any one inhabitant. Residing at 1600 Pennsylvania Ave. requires consistently choosing what’s right instead of what’s easy or politically expedient.

Infuriatingly, on the subject of global warming, President Donald J. Trump’s administration seems unable to choose people over politics. His extremist America First campaign rhetoric is being recklessly applied to climate policy. Those policies reflect a powerful urge often expressed on the campaign trail: a penchant for dramatic, headline-worthy political moves intended only to appease his most disaffected, isolationist supporters.

Mr. Trump’s frequent flip-flopping on the subject of climate change is enough to give even the most jaded political junkie severe whiplash. He signed a 2009 letter urging the US to reduce greenhouse gas emissions but called climate change a hoax created by the Chinese just a few years later. More recently, Mr. Trump made the drastic move to withdraw the US from the Paris climate accords.

The move was entirely unnecessary and perfectly illustrates Mr. Trump’s tendency to rashly ignore national interest in favor of scoring political points because the agreement itself is moderate, flexible and largely symbolic. While the Paris agreement was undoubtedly a notable international achievement, it is also largely non-binding and relies on individual countries setting their own NDCs (nationally determined contributions) in order to work towards reducing the burning of fossil fuels. Additionally, the agreement includes a pledge from the US and other developed nations to create a $100 billion fund that supports developing nations, acknowledging the important fact that the vast majority of today’s climate change was caused by heavy reliance on fossil fuels during the industrialization of developed nations.

Why is all of this relevant? Because Mr. Trump undeniably had a plethora of options regarding the Paris climate accords. The agreement was intended to stand the test of time; it includes much more flexibility and national sovereignty than the traditional legally-binding approach to climate policy. Mr. Trump’s daughter and close confidante, Ivanka Trump, actually pushed hard for keeping the US in the climate accords, correctly noting that he could reduce American NDCs and back out of some of the voluntary, non-binding aspects of the accord. Despite the possibility of working within the Paris accords and potentially helping the US tackle a significant issue, Mr. Trump rejected the agreement anyway.

A predictable domestic and international furor followed Mr. Trump’s withdrawal from the accords. From Elon Musk to Angela Merkel, prominent individuals justifiably lambasted the Trump administration for rejecting the agreement and consequently removing the US from the discussion table on an issue of colossal importance. Perhaps the most notable response came from French President Emmanuel Macron, who pointedly critiqued the narrow-minded nature of Trump’s decision by noting that we all have a responsibility to “make our planet great again.”

“I was elected to represent the citizens of Pittsburgh–not Paris!” Mr. Trump proclaimed with gusto in June, reinforcing the idea that the pursuit of policies that solely pander to his base will remain a primary objective for him. We can only hope that one day he’ll remember that politics are irrelevant when the literal future of our nation is at stake.