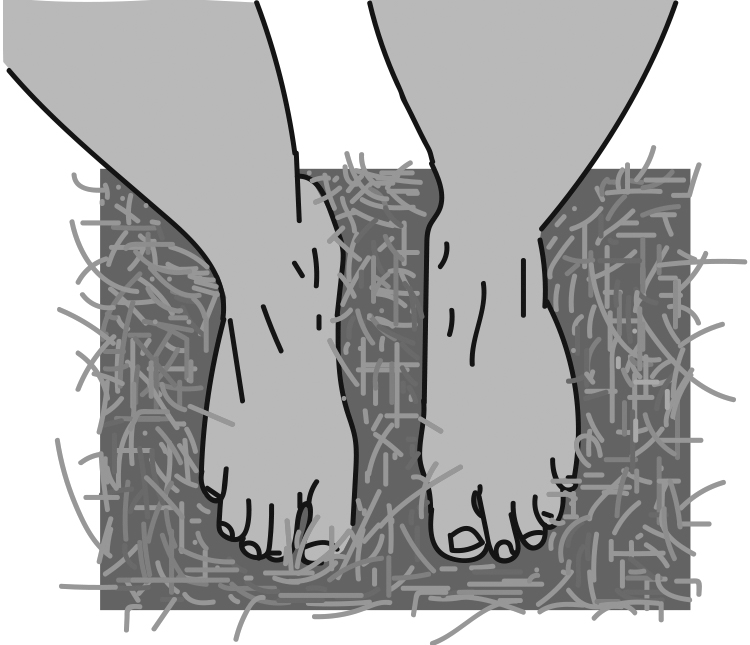 It’s becoming warmer and warmer on Ankeny field. With this (only slightly) warmer weather comes a veritable spectacle among the various residents of Ankeny; shirtless and shoeless Whitman students in 59 degree weather. Why do some eschew their garments this prematurely? I see a performance of enjoying the weather enacted in these surely slightly-uncomfortable displays of bareness this early in spring. That is, casting away one’s shoes and t-shirt in favor of the chilly sun is an act of affirming ideological features central to the “unpretentious northwest culture” many come to Whitman for.

There is a second feature of this phenomenon too, for surely someone is already enraged if they have even begun this article; ‘I don’t care about ideology, I just want to enjoy the sun! Why does Alex Pitts hate nice things like the glorious spring air on my sandal clad feet? What has this world done to him to turn such simple pleasures of life into examples of our social constitution? Why can’t he just enjoy life and leave this alone?’ This rhetorical outcry signifies the obscuring of volition in this baring of skin; ideology permeates these actors past the point of choice in the matter: some must be slightly cold when they take their shirt off to demonstrate their allegiance to fitness and a respect for the natural.

Surely, some will insist on the position of this interlocutor. Maybe this strong opinion reaches too far and some authentically enjoy long boarding shirtless on a 59 degree day after their romp around the field (at least it was sunny). But, I ignore this rarity. For even if a significant portion of those who tread into Reid without shoes, therein breaking covenants and regulations central to Reid’s constitution, on these spring days do some from a true pleasure of the feeling, there are many others who just seek affirmation in their airy attitudes toward the civil and the natural.

I mean, the enjoyment of such activities is not of interest to me. Rather, those who perform these acts in subordination to the “virtue cartel” of Whitman College’s outdoor conscious lifestyle are outside of the realm of such enjoyment. The shoeless seminar participant iterates the concept of “Whittie” in every moment, and only through critique as such may we see the through lines of such ideological formation.