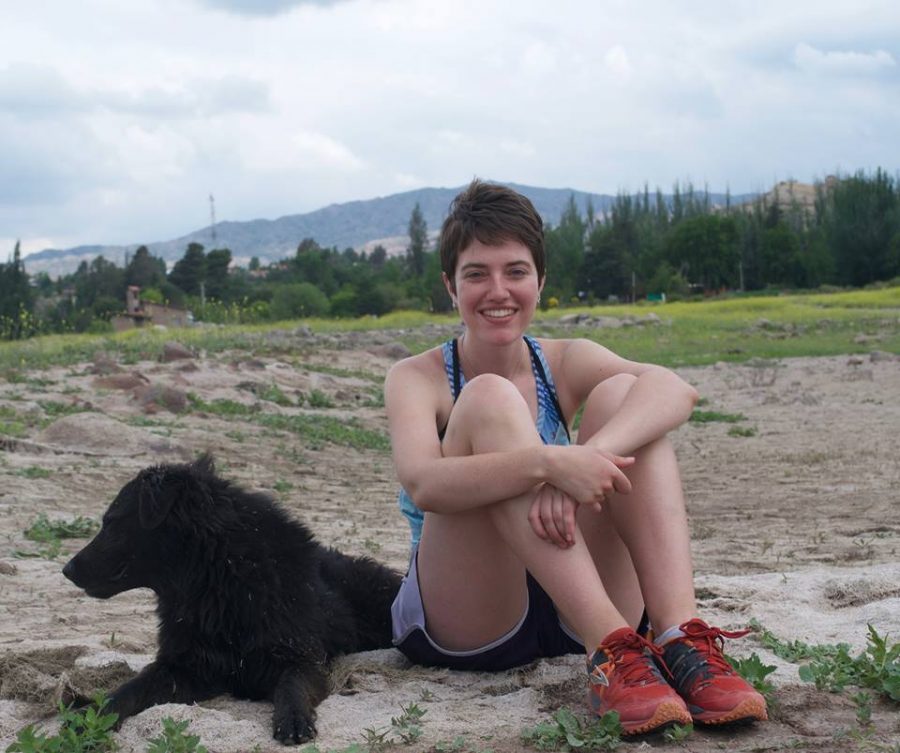 The following is an Op-Ed by junior Maia Watkins.

I’m Maia. You may know me as an artist, as a bread baker, the student that spammed the community listserv with Bernie emails, a cyclist, photographer, classmate, friend.

I’m also a survivor of sexual assault. I’m angry. And that anger is powerful.

I am one of the nineteen women that interrupted the final Board of Trustees meeting on April 29th. We demanded an end to the complicit inaction of Whitman College on the issues of sexual misconduct and rape culture. Rape culture is the collection of social norms that accept and perpetuate sexual violence, on this campus and elsewhere, while also stigmatizing those who speak out against them.

Anger requires trust. I engage with you because I have complete trust in this community’s ability to hear me and to change.

I’m going to go a little philosophical here— I believe anger is a secondary emotion, one that comes up all fiery and surprising and uncomfortable when a basic need is not being met. Emotional and physical safety are basic needs that are not available to me as a survivor at Whitman.

I am not safe because we have not made significant changes to the culture in which my assault occurred, or to the fucked up channels that are meant to help survivors seek justice for these crimes. I am unsafe, because when I speak out, I am met with hostility from both the institution and my peers. I am unsafe when assaults happen again and again and campus leaders tell me, “we have done all we can.”

I believe that the hostility we have experienced arises from defensiveness. People care about making this campus safe and have worked hard to implement sexual violence prevention measures. But these measures do not go far enough, and until they do, it is unacceptable to value a party over someone’s life. To make this campus safe, I need Whitties to acknowledge their defensiveness and move beyond it so we can engage in a real, considered, and open discussion.

As of May 6, there have been 45 sexual assaults reported during the academic year. Existing programs, such as Green Dot, are necessary to combat this immediately—but while this epidemic of violence continues to afflict our campus, we must move beyond a reactionary approach. If we think of Green Dot as treating the symptoms of rape culture, we must also find a way to eradicate the disease itself. This means a major cultural shift, changing not only the discourse around sexual assault, but also around the meaning of healthy sexual relationships within our hookup culture.

By calling attention to the Greek community, we demand action from the largest subculture in our student body. I know many Greeks may feel blamed and victimized by our demands. We focus on the Greek system for two reasons:

First, 48 percent of sexual assaults are reported against Greek men, yet Greek men only constitute a third of male-identifying students—which means a disproportionate number of Greek men are identified as perpetrators. But more importantly, the Greek community has the opportunity to catalyze change. We named fraternities because ending sexual misconduct within the Greek system will de-normalize rape culture within the rest of campus.

It’s terrifying to name myself as a survivor and in the same move risk alienating my fellow students. I do it because I am angry. I do it to demand a systematic, intentional change on this campus. I want a campus where I can tell people that I am a survivor without risk of stigma. I want a campus where we talk about sexual misconduct and healthy sexual relationships. I want to end sexual assault at Whitman.

And I know you want the same. You have a responsibility to act. I trust you to act.

What you can do right now: Research sexual misconduct and educate yourself about Title IX. Talk to your friends about what healthy relationships look like. And speak up. Every one of us must join the conversation in order to end the passive silence that perpetuates rape culture.