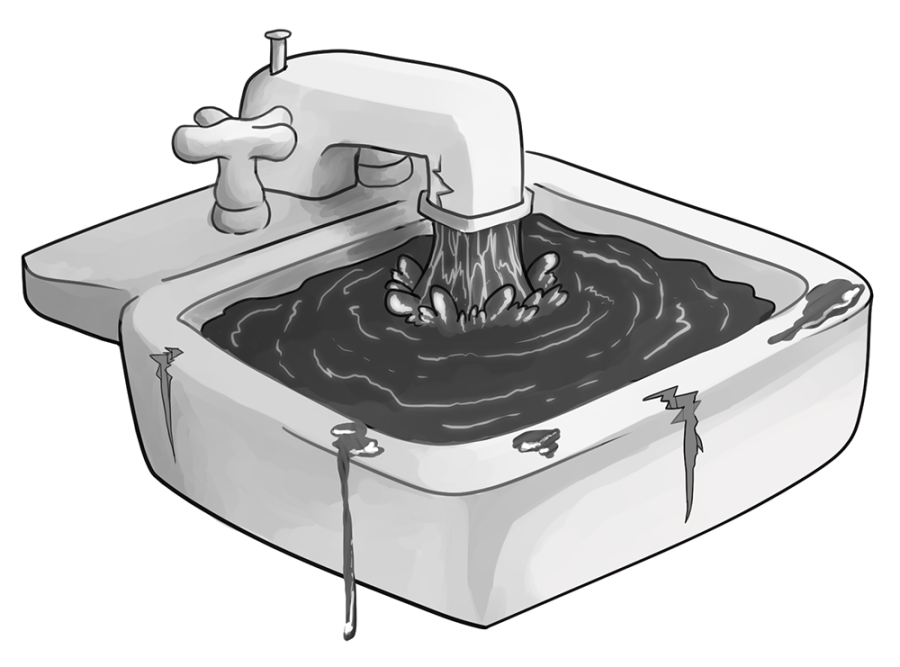 Recently, I watched a news segment on MSNBC that discussed the problem of poor sanitation in girls’ bathrooms in many schools in India. The reporter visited one school in New Delhi, where the girls’ toilet facilities are rudimentary and filthy––consisting of holes in the ground, grimy floors, mosquitoes that breed diseases like malaria and dysfunctional hand washing stations due to issues with water supply and sewage. The World Health Organization estimates that these issues cause 1.8 billion school days around the world to be lost. That statistic shocked me; I had never thought about poor sewage being the reason children do not attend school. This is not a correlation discussed often enough.

The boys’ bathrooms are not much better, but boys can more easily relieve themselves in the open and, unlike girls who hit puberty, do not need to deal with menstrual hygiene. This gets to the gender aspect of the issue: it is, of course, unfair that sanitation must come harder for girls simply because of their physical makeup. But poor toilet sanitation also makes education harder for them; bathroom conditions like those described above discourage many girls from attending school. Amid the international movement to provide more girls with education, unclean bathrooms seem like a particularly unnecessary and sad deterrent.

We do not usually discuss water quality and poor sanitation as issues of gender, but this report made me realize that we need to change that. Women and girls are clearly disproportionately affected by these problems, so we cannot talk about water and sanitation issues without talking about their effects on females and the need to improve conditions for them.

Renovating girls’ school toilets seems to be a crucial place to start. The news report highlighted one New Delhi school that installed new sinks and toilets with hand-washing stations and a display of proper hand sanitation practices. Rainwater collectors replaced polluted or over-pumped groundwater, providing the girls with clean running water. The students adjusted well to the new system, eagerly washing their hands together and using the new bathrooms with ease.

Outside of India, other groups are taking action on this issue. According to an article  on WomenDeliver, a non-profit group in Bangladesh called BRAC has recently added management of menstrual hygiene to their Water, Sanitation, and Hygiene program, which provides education on hygiene and improved access to water and sanitation. A subset of this initiative, their Secondary School Sanitation Program has gotten over 4,000 secondary schools in Bangladesh to build separate toilets with proper water and waste facilities for girls. This organization clearly understands the correlation between sanitation, education, and females; they are setting an active example that other initiatives must follow.

It is unacceptable that poor toilet facilities can impede a girl’s education. While issues of sanitation and access to clean water cannot be separated from broader issues of poverty in the developing world, the examples set by the New Delhi school and BRAC’s programs prove that progress is possible. They provide hope that people are recognizing the relationship between water and sanitation and female students. But in order to extend these types of sanitation models and initiatives to more schools, we need to make a discussion of that relationship even more prominent when we talk about getting more girls worldwide into school. Extending girls’ educational opportunities is not just about improving the availability of traditional school supplies or schools themselves; it is about ensuring that something like an unclean bathroom does not prevent a girl from receiving an education.