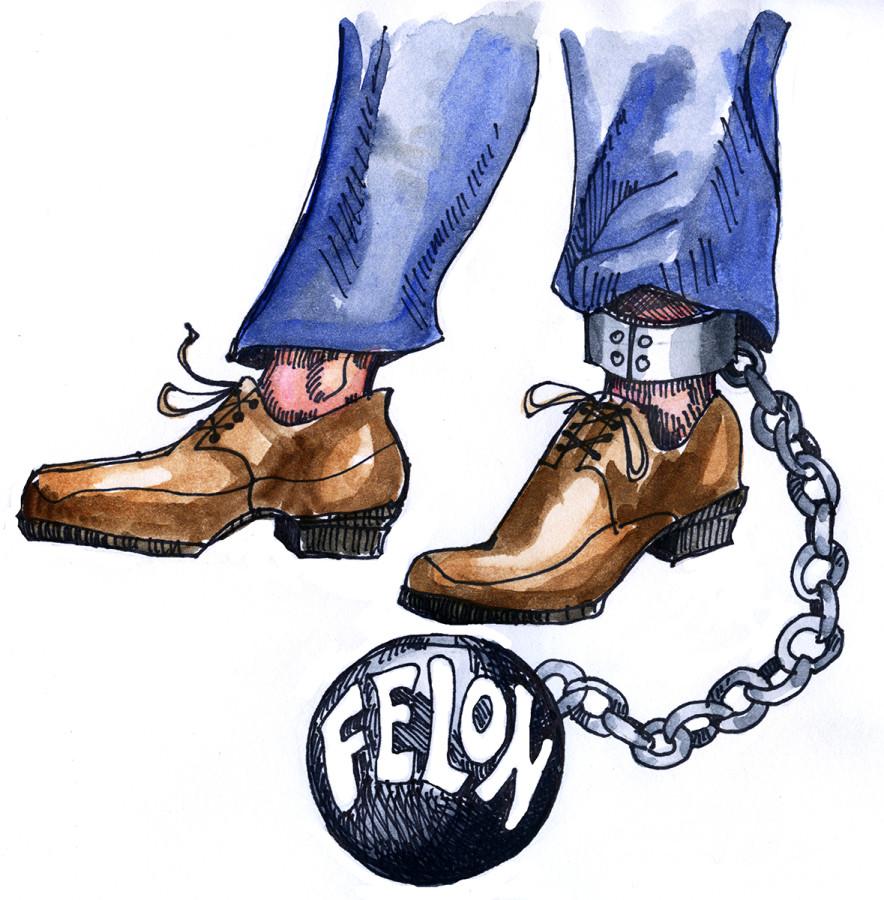 The American attitude toward threats to order and stability is founded on a simple precept: Crime is not something you do, it’s something you are.

Notice that I say “attitude” and not “justice system.” The bones of the system are fundamentally sound, minus the allowance for the death penalty. They prevent judicial harassment, make the courts accountable to the people at every step and present a range of penalties to choose from depending on the severity of the offense. Nowhere does the judicial system require convictions and sentences to remain permanent marks of shame or impediments to a fulfilling life. These are the consequences of the way we use it.

In practice, the American penal network is broken in too many ways to list here, but all flaws stem from the same mistake: failure to recognize imprisonment as rehabilitation rather than retribution. From this mistake we derive not only the barbaric conditions of prisons but also the rush to execute innocents, the disproportionate sentences for minor drug crimes and, my main concern, the alienation of ex-convicts.

This is where that first precept I mentioned comes in. Everything I described above assumes that people do not change. If you commit a crime, you’re a criminal forever.

This worldview, adopted for the sake of simplicity, brings with it a large host of troubling implications. The Fourteenth Amendment permits the government to deprive citizens of their votes for fear of “participation in rebellion, or other crime” –– the sort of empowering vagueness only the Bill of Rights can manage.

Several states ban the hiring of felons outright, while others, such as my home state of Texas, have laws declaring that an employer can only deny consideration to an applicant whose crime was related to the field they wish to work in. Thus, a convicted bank robber couldn’t wind up working as a teller.

The latter approach works on paper, but like the disenfranchisement clause in the Fourteenth Amendment, it grants a disturbing amount of liberty to make accusations. And here’s where the draconian nature of these laws stops making any sense:  If you don’t let a criminal work, how is he going to feed himself without committing yet another crime?

In an era where politicians still treat the economy as though it’s one blow from caving in, why would you prevent a capable person from entering the workforce? Isn’t the idea that felony changes the nature of a human –– dare I say it –– a bit of a self-fulfilling prophecy?

None of this is quite clear to the people who make those laws, and it only takes a little digging to discover why. Remember how we started off: Crime isn’t something you do, it’s something you are. Some people have the view that everyone ought to live in world without crime, which is not actually possible so long as there is scarcity, but it’s hard to hate someone for desiring it.

The hateful part is that they’ve decided that the way to achieve this is to lock criminals away in a storage facility until the sea dries up, then set safeguards in place to ensure they go right back in (if they ever by some miracle get out). Because these aren’t people like you and me. They’re different: subversive and evil. They are a permanent underclass. Women and people of color may have progress left to make, but at least it’s hard to deny them employment without raising some eyebrows.

In the attempt to murder an idea, laws that uphold discrimination based on criminal history end up compromising everything Democracy stands for. Lord, save us from the moral crusaders.