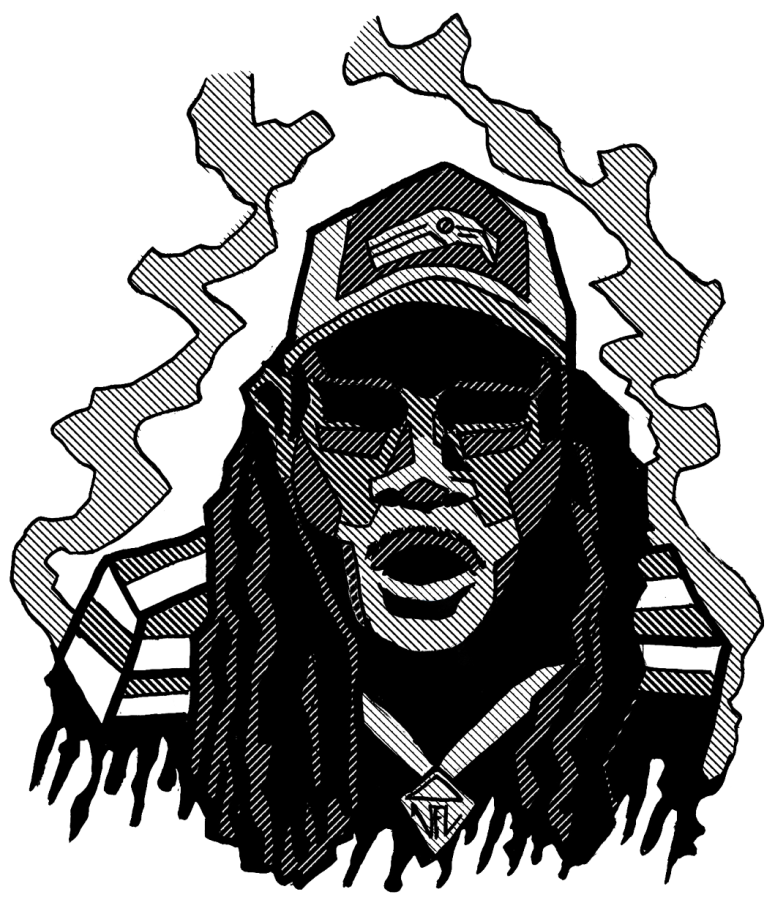 This NFL football season was an entertaining one. Full of rivals and surprising wins, it was cool to see some of the underdog teams step up to the plate. As a Seattleite, I was happy to see the success of the Seattle Seahawks, and when they won the game against the San Francisco 49ers that sent them to the super bowl, I was thrilled. However, my happiness was short lived after seeing the way the media painted Richard Sherman as a “thug” and criticized him for his post-game interview.

After the game, the players were all interviewed, but Sherman’s interview got the most media attention. After going on a rant about how he felt as though his rival and 49ers receiver Michael Crabtree was a mediocre player, blogs and news sites did not hesitate to critique Sherman’s behavior by calling him a thug. The Monday following the game, the word “thug” was used over 600 times in relation to the post-game interview. What made him a thug in the media’s eyes was not just that he was displaying a hypermasculine image, but also that he was a black man displaying a hypermasculine image, which makes him much more “thuggish” and threatening.

Hypermasculinity has been something that our society generally accepts, and all men are held to the same standard of masculinity. If a man, especially a male athlete, acts in ways not perceived as masculine, he’s labeled a sissy or weak. To ensure this label is not attached, men often act in a hypermasculine manner, and that image is then forced on the men in our society as a standard they must meet to be accepted. When  Sherman started trash-talking Crabtree, he was labeled a thug immediately, even though he just helped his team win a trip to play in the super bowl. He was excited, and because he and Crabtree have been rivals long before this particular game, the win and his post-game interview were ways to let people know that he deserves respect. He works hard and worked hard to help his team, and he wanted to brag about it. That is not “thug” behavior. Sherman’s interview is just an example of the many ways men display hypermasculinity every day, and though it’s unfortunate that hypermasculinity has become an accepted norm, Sherman’s interview isn’t deviant from that norm, and he doesn’t deserve the backlash.

People judged Sherman on his appearance and used that to label him dangerous, even though Sherman is nowhere near being a thug and does not deserve that description. While the world criticized and ridiculed Sherman, many failed to note that Sherman, a Compton native, graduated high school with a 4.2 GPA and has a bachelor’s degree from Stanford University. He has no criminal record and no one was physically harmed during his interview, nor did he use any profanity, but despite his credentials, his brown body has been reduced to something that should be feared.

Every day celebrities and athletes act in ways that are hypermasculine, yet many rarely receive the same treatment Sherman received, and it goes to show how black men are viewed in today’s society. It seems as though every week, something negative is happening to black men. Whether it’s being a victim of unwarranted vigilante “justice,” or being labeled as a “thug” for participating in the hypermasculine trash talk that our society has deemed as acceptable behavior, black men are not given the respect they deserve, no matter how hard they work.