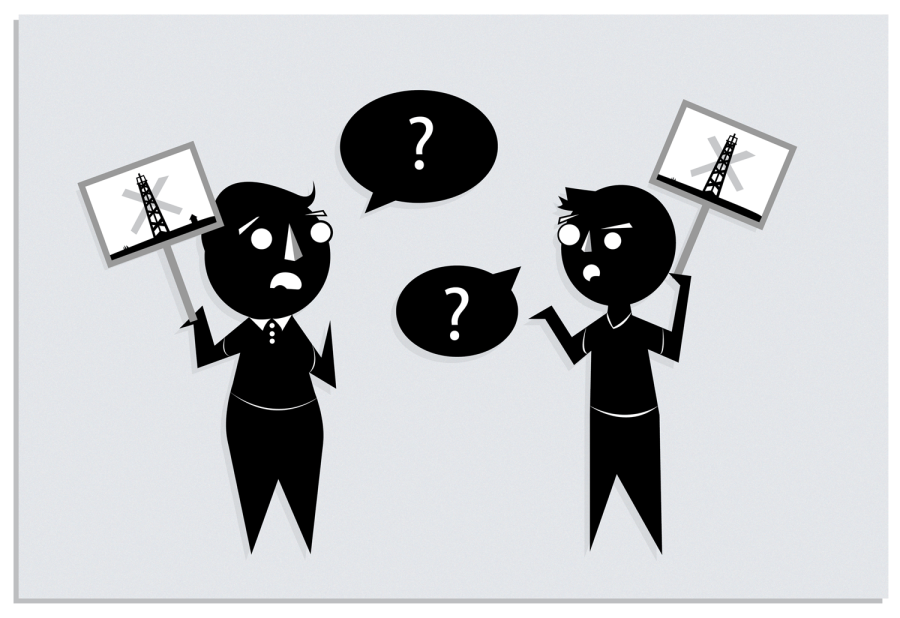 The public debate on hydraulic fracturing (the process of pumping a mixture of water, sand and chemicals into the ground to crack rock formations and release natural gas) is nearly impossible to follow. It’s hard to find unbiased information on a subject so intermingled with political and economic self-interests.

Do you want to punch something every time gas prices increase? Have you invested in major oil companies like Chevron, Exxon or BP? Are you currently unemployed and looking for a job in the energy industry? Are you Dick Cheney’s biggest admirer? If you answered yes to any of these questions, you would personally benefit from fracking in the United States.

Are you invested in renewable energy operations? Do you live near a natural gas drilling site and often worry that your water is contaminated? Do you generally follow the opinion of Patagonia-endorsed documentaries and environmental pop culture? If you answered yes to any of these questions, you would personally benefit from the ban of fracking in the United States.

These questions apply to most Americans as the majority of us are personally influenced by the energy industry in some shape or form. However, if you’re like me (you haven’t personally invested in gas companies or found your drinking water contaminated), you’re probably struggling to form an opinion from all the conflicting information.

Your confusion may not be accidental. Everyone has a motive, and the motives that come with hydraulic fracturing are particularly tremendous –– the energy industry makes billions, employs millions and affects everyone. Facts are twisted, and terms are manipulated. Unbiased information is rare.

Let me give you an example.

Rex W. Tillerson, the chief executive of ExxonMobil, claimed a couple years ago that, “there is not one, not one reported case of a freshwater aquifer having ever been contaminated from hydraulic fracturing. Not one.” Dangersoffracking.com (the website for the documentary “Gasland”) feels differently. Their website claims that “there have been over 1,000 documented cases of water contamination next to areas of gas drilling.” Hmmm…

Rick Smead, a director in the Energy Practice of Navigation Consulting claims that the Marcellus Shale, an enormous natural gas reserve under New York, Pennsylvania, West Virginia and Maryland, “contains enough gas to satisfy the U.S. demand for 15 years.” Thefrackingtruth.org however, claims that the shale would only “meet U.S. needs for two years. Two measly years of energy in exchange for destroying the homes and lives of millions of people…” Yada yada yada…

What the frack is going on?

The true impact of fracking still remains unclear to me. Unbiased information will not be disclosed any time soon. There are few facts that all players in the hydraulic fracturing debate can agree on, but I nevertheless have an opinion: I am not in support of the extraction of natural gas.

All this hysteria over hydraulic fracturing is a distraction from developing an efficient renewable energy. Natural gas is often referred to as the “bridge” fuel as it emits about 50 percent less carbon dioxide than coal and oil, but still does not compare to zero-carbon-producing alternatives. At the rate our average temperature is increasing, we do not have time to invest billions in converting our power plants to a “bridge” fuel. Who knows? It may even cost less to develop and convert to a completely clean renewable energy source. Our time is running out in terms of the climate crisis, and we can’t afford to invest so much in a non-renewable source.