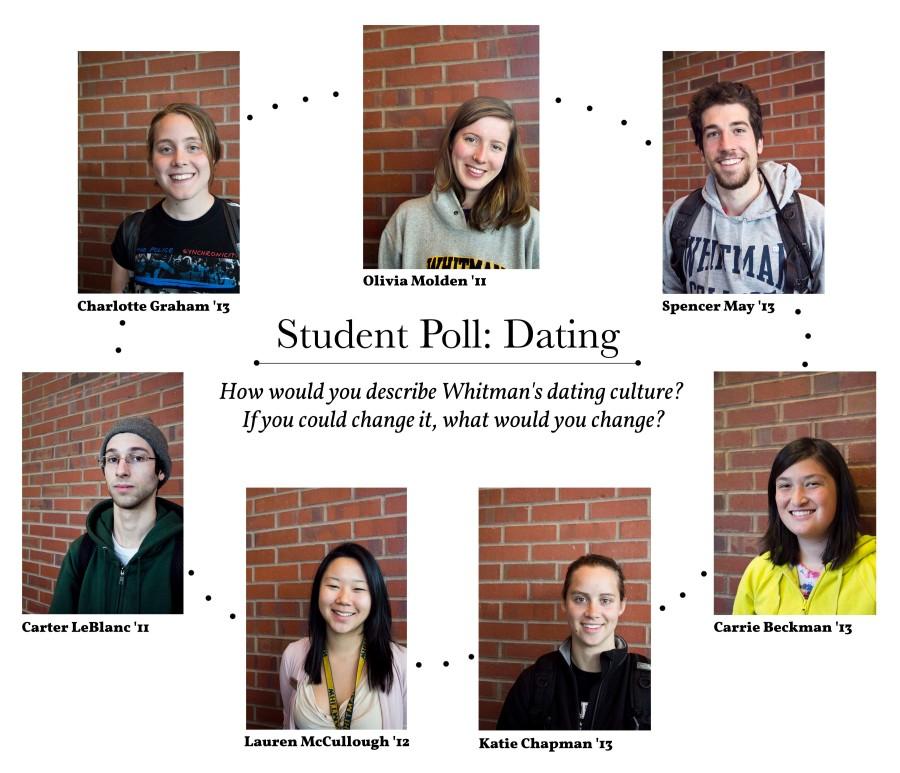 There’s always the complaint that there’s not enough available guys; the ratio is pretty odd. What would I change? Maybe more opportunities for people to have dates … It’s more fun to hook up; there’s not really enough of an environment for dating.

I think Whitman’s dating culture is awesome! You find one boy and you stick with him … But, I think it depends what sort of relationship you need.

I don’t think there are very many people who are in serious relationships.

I think we take on a little too much … too many responsibilities. I know some people think they don’t have time for a boyfriend or girlfriend.

It’s somewhat nonexistent … People always say that there’s the hookup scene and then the really long-term dating scene and there’s not much in between. I think that’s a pretty accurate assessment.

I would say that it is awkward and there need to be more red dots and less green dots. It’s very much the Panopticon.   Everything you do is understood to be under observation because of how small the place is.