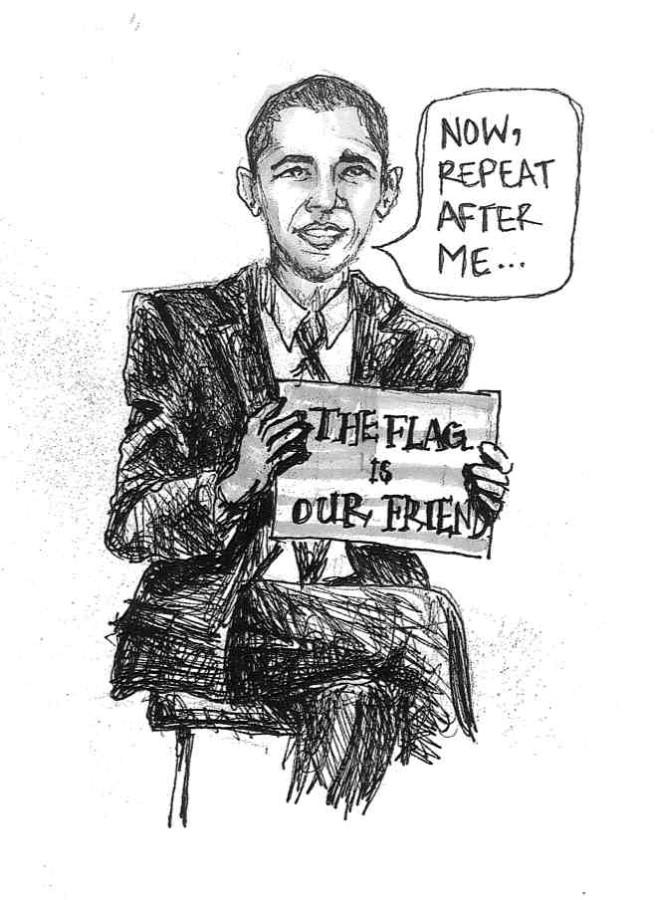 In former law professor Barack Obama, America has elected not only an incredible leader, but an extraordinary teacher as well.

Obama must recognize that now is the perfect teachable moment for the nation.

For the first time since the New Deal, Americans are looking to government. If he can challenge the conventional wisdom that government is always the problem: and never the answer: Obama could become one of the few truly transformative presidents in our nation’s history.

Obama has the incredible talent to inspire Americans to reject cynicism and join together for a cause larger than themselves. The recession offers an incredible chance to heal the public distrust in collective action.

Now is the time to set the record straight and remind Americans of the positive potential of government.

Here’s why Obama needs to talk big: once he and the Democrats throw together a stimulus, they cannot afford to let the country think the work is done. A stimulus is a start, but will not fix the major problems America now faces.

The change must go beyond a one-time economic band-aid, and be lasting and structural.

Obama recently said “Workers and business â€¦ are the ones whose efforts and ideas will determine our economic destiny, just as they always have.”

This is the wrong rhetoric if Obama is to truly challenge conventional wisdom and deliver the change he promised.

Obama’s speeches must reassure Americans that strong government is now necessary.   Sure, he can acknowledge that there have been problems, but he must break the historical pattern and truly restore public confidence in collective action.

Since Reagan took office in 1980, conventional wisdom has presented government as the root of society’s ailments: and never the solution.
Even Bill Clinton, the lone Democrat in the White House in the last twenty-eight years, worked with Republicans to dismantle welfare, signed NAFTA, and declared “the era of big government is over.”

This represents a stark departure from the rest of the industrialized world.   For example, the U.S. remains the last wealthy industrialized nation without universal healthcare. Even market-loving China is now on board.

Here is the lesson Obama must give instead:

Ã¢â‚¬¢ Tell us why the economy has collapsed. While the headlines are doing an excellent job, Obama must highlight the recent failures of market fundamentalism.
Ã¢â‚¬¢ Start with a history lesson: every American should know that Bush’s economic policy oversaw a rapid upward redistribution of wealth. By 2007, average household incomes fell for the first time ever, despite growth to the national economy. So while the economy has grown, only those at the top have reaped the benefits.
To address these problems, Bush chose tax cuts for the wealthy over investment in public education or health care.   Average Americans have kept themselves: and the economy: afloat through unsustainable, bubble-fueled levels of credit.
Ã¢â‚¬¢ Give a lesson on the meltdown and bailouts. Obama must remind the public that leading politicians and economists who categorically did not believe in a housing bubble: or bubbles in general: have witnessed the result of their deregulation.
Ã¢â‚¬¢ Point out the epic contradiction of the Bush bailouts.
The Bush administration failed to explain to the public the $800 billion bailout because their ideology rendered it unexplainable. With Obama in the White House, and another $800 billion on the table, Americans now deserve a coherent explanation for why government needs billions of their dollars.

Yes, Obama may only be talking small in order to pass the stimulus. For the moment, it appears he can use the pressure from a liberal congress to appear moderate, while acting boldly.

But that game won’t last forever.

Great presidents don’t change their plans to fit conventional wisdom, they challenge and change the conventional wisdom itself. Obama’s lesson to the nation must invoke bold rhetoric to prepare for farsighted, structural change: not just reinforce stale conservative principles.