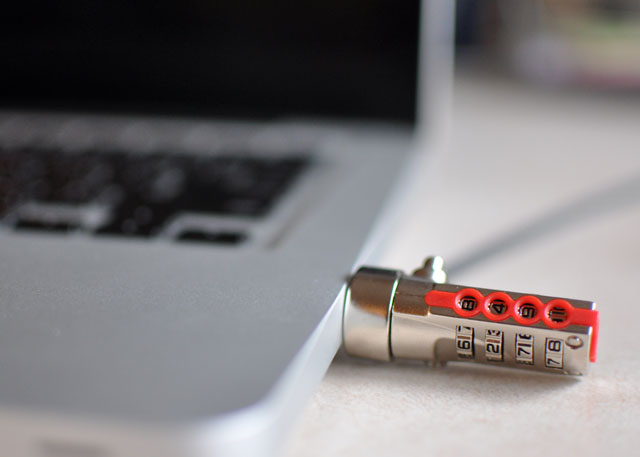 Two Whitman students’ laptops have been returned following a week in which four laptops were stolen from the quiet room of Penrose Library.

Police confronted a 21-year old male in the parking lot behind Harper Joy Theatre about 10:30 p.m. Thursday, Nov. 12, after students chased him from the library. Police recovered a laptop belonging to sophomore Pam Donohue that had been stolen earlier that night. Sophomore Margaret Ross-Martin’s laptop was returned to her Monday.

“The students are responsible for helping catch the guy,” said Terry Thompson, director of security, adding that students should notify security of suspicious people on campus instead of risking pursuit.

Ross-Martin, whose laptop was stolen four days prior, said she was frustrated after learning that another laptop had been stolen from the library that night.

“After it was reported, security checked out the library and then left,” she said. Ross-Martin then told her friend, sophomore Joanna French, that she thought she would be able to recognize if anyone suspicious were in the library.

That’s when they noticed a man dressed in camouflage reading an encyclopedia of ornithology.

“It almost looked like he was trying to look studious. But as soon he noticed me looking at him he started to look nervous and walked out of the library very quickly. I ran after him and asked him questions. ‘Do you go here? What year are you? What’s your major?'”

At first claiming to be a senior sociology major named Michael Anderson, he was stumped when Ross-Martin asked him about his thesis.

“At that point it was like a stand-off,” said Ross-Martin. She saw senior James Franz and cried for help. Franz ran after the man, who fled.

Police intercepted him as he was attempting to drive away. According to Sgt. Mike Ralston, they were unable to make an arrest or search his car because they lacked probable cause.

“The law requires that we have probable cause before we make an arrest,” he said. “We had nothing.”

Police issued him a citation for misdemeanor theft and negotiated the return of Donohue’s laptop. Ralston said the citation included a court date.

Ross-Martin asked the police for permission to speak with the man privately to request information about her laptop. She said she then pulled him aside and decided to negotiate with him herself. He gave her his contact information.

Several days later, after reaching an understanding, Ross-Martin paid the man a ransom of $130 to return her laptop. Accompanied by Thompson, she met him in the Safeway parking lot to complete the transaction.

“I feel sorry for him in a lot of ways,” said Ross-Martin, who is happy to have her laptop back along with her work and irreplaceable memories such as pictures.

“We’re always reminding students that, even though Penrose might feel  like home to them, it is a public building. It’s important for students to be careful with their personal possessions and not leave valuables unattended,” said Penrose Library Director Dalia Corkrum in an e-mail.

First-year Katie Matresse was also in Penrose around the same time the fourth laptop was stolen.

“We have a great school,” she said. “It’s really safe, but you still can’t leave a fifteen-hundred dollar computer alone.”

Matresse admitted to having left her laptop in the quiet room to retrieve a book for several minutes. Ross-Martin had simply left the quiet room in search of a source upstairs and returned half an hour later to find her laptop missing.

The circulation desks at the library and the campus bookstore have laptop locks for purchase and encourage students to utilize them. Ralston also urged caution.

“A little more awareness of what’s going on around you, a little tighter personal security measures would help,” Ralston said.