Four Day and burnout: Return to the in-person semester 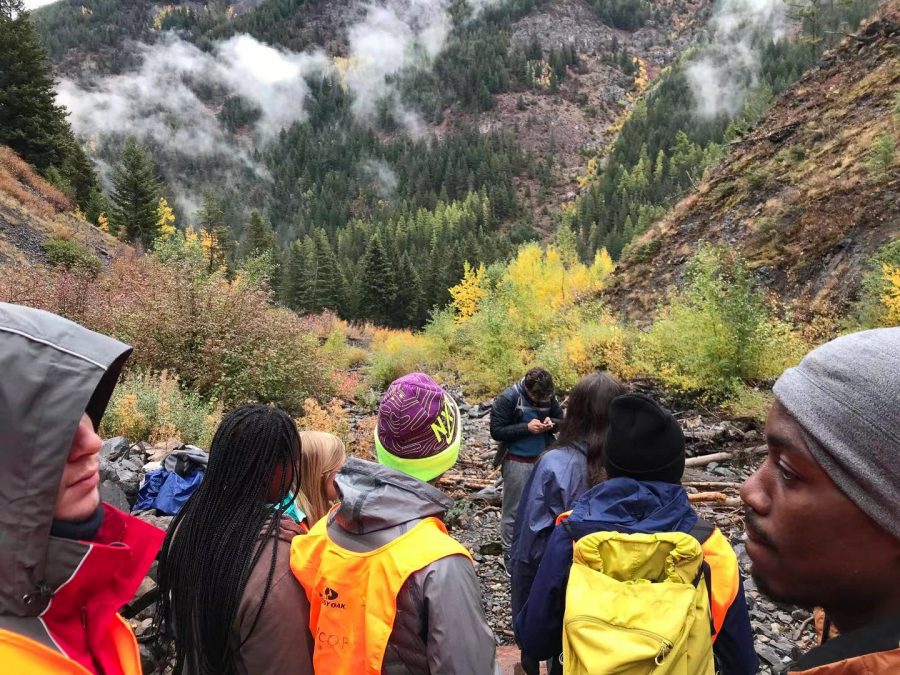 The second week of October marked the first break of the semester, widely known among students as “four day.” Last year, the break was met with concerns about COVID-19 and travel safety during a global pandemic. This year shared some of the same concerns as students returned to in-person learning, increasing the risk of returning to campus after off-campus travel.

While COVID-19 cases on campus have been relatively low and Whitman is 98 percent vaccinated, there are still many risks when it comes to travel. The CDC released a report detailing such risks in September 2021, encouraging travelers to wear masks, social distance and wash their hands frequently, especially when in enclosed spaces for long periods of time.

Four Day also brought up questions about student burnout, a state of mental, emotional or physical exhaustion. The term is commonly brought up on college campuses and has become more common since the pandemic forced schools to convert to online classes and students had to leave campus. Students faced near-constant screen time and were often confined to small spaces away from their friends, and everything was compounded by the stress of living in a global pandemic. Four Day was the first extended break students had since classes started in late August, leaving almost six weeks with no days off.

A survey was sent out to Whitman students, with twenty responses from across all four grades. Out of these students, 40 percent reported intense feelings of burnout and exhaustion; all of the surveyed students reported at least some feelings of burnout. Around half of the students traveled over Four Day, either to go home or go on a short vacation, mostly by car or plane.

In the days leading up to the break, the email listserv dedicated to finding or offering rides was full of requests from students looking for rides to or from the airport or major nearby cities, Seattle and Portland being the two most common requests. Whitman did not offer a shuttle to these cities for Four Day—the only available shuttles are for Thanksgiving, winter and spring break—making long-distance travel more challenging.

Junior Katie Duncan reflects on burnout affecting her in different ways from last year’s online classes, a sentiment shared by several other students.

“In-person burnout feels different than online burnout,”  said Duncan. “I’m so burnt-out now but I know it’s worth it because I would rather be here in person than online.”

Many students who reported strong feelings of burnout attributed it in part to having large amounts of homework due during or after the break. Some students had exams right before break, while others had papers or take-home exams due during break, causing stress and making it difficult to unwind.

Several students said that they struggled to return to regular classes after Four Day. A few reported that they spent so much time working on schoolwork over break that they were exhausted before they even returned to school.

Despite a general consensus that the return to in-person class has been exhausting, some students have been bolstered by the return to campus. Many said that they were excited to be back in person and see their friends again after a year of being separated by computer screens. Senior Julia Hess reflects on the return to campus and how it has been a more positive experience.

“Being back in person has been less mentally exhausting,” said Hess. “Life isn’t so monotonous and involves more spontaneous little social interactions that brighten my day.”