The leaders of the Sunrise Movement in Walla Walla engage with Walla Walla and Whitman community members. Photos by James Baker

This Monday, Feb. 3, Sunrise Walla Walla hosted their 2020 Kickoff Party at Reid Campus Center with the hopes of drawing in new activists from the Whitman and Walla Walla communities.

The Walla Walla hub is part of a larger national organization, the Sunrise Movement. Their website states: “We’re building an army of young people to stop climate change and create millions of good jobs in the process.” With an emphasis on youth-led activism, Sunrise has made the Green New Deal their means of achieving these goals.

Whitman sophomores Karsten Beling, Anna Allgeyer and Ally Wait, along with senior Walker Orr, were a few of the individuals who helped start Sunrise Walla Walla last spring. After watching introductory videos to Sunrise, they decided to start a hub in Walla Walla with the help of interested community members.

Thus far, the Sunrise Walla Walla listserv has around 300 names, and the hub has completed a few successful events, including a hub launch in April 2019, and most recently, a Green New Deal Town Hall on Jan. 22, 2020. The town hall featured a panel of local farmers, conservationists and community leaders who talked about what the effects of climate change will look like for Walla Walla.

The Sunrise kickoff this past Monday saw students filling the basement of Reid to watch and discuss two short documentaries, the “Generation Green New Deal” and “2020: The Plan to Win.” The kickoff was partially in collaboration with DSA (Democratic Socialists of America), who hosted a caucus-viewing party beforehand.

Allgeyer framed this collaboration as beneficial to both causes.

“The reason these events are coinciding is because both DSA and Sunrise National have endorsed Bernie Sanders as their preferred candidate, and we’re capitalizing on trying to get people to come to both events and meet people who they don’t know who are also involved in the activism community in Walla Walla,” Allgeyer said.

One of the major challenges that Sunrise faces is how to offer events and information that are accessible to two potentially very different groups: Whitman students and Walla Walla community members.

Allgeyer stated that continuing to bridge that gap will be a goal for Sunrise Walla Walla this coming year.

“One of the challenges we face a lot is how to get both of those groups involved and interested; so, planning events that are accessible and not always at Whitman,” Allgeyer said. “Incorporating the broader community can be a challenge but also a joy.” 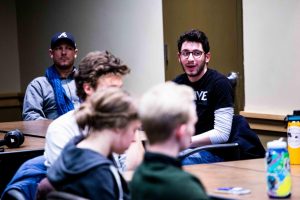 The leadership of the Walla Walla Hub expressed their interest in engaging with high school populations in Walla Walla in order to provide an outlet for climate change related fears, as well as expand their activist base.

Orr addressed the youthfulness of the Sunrise movement as an advantage in terms of practical outreach, as well as motivation to combat climate change.

“I think the greatest advantage is that we young people are the best at talking to other young people. Young people are this kind of energetic base,” Orr said. “We have more years of life ahead of us that we will be living under much worse climate conditions in a lot of the world. We also have that very immediate material interest in really taking drastic action on the climate crisis.”

While the overall movement is youth-led and youth-focused, the Walla Walla Hub benefits from the advice and connections of older members in the community. One notable example is the parents group that has formed as part of Sunrise Walla Walla. On the Tuesday after the 2020 Sunrise Kickoff, the parents group hosted their first public event titled “How to Talk to Your Children About Climate Change.” The panel event opened a discussion around how to address your own fears and sadness around climate change when talking to your children, among other topics.

Eva Hoffmann, a German professor at Whitman and one of the founding parents, addressed the role she hopes the parent group will play.

“The older generation has caused the problems that our children will have to live with. At the Parents Group, we understand ourselves in a supportive role, but we are also there to fight for our children who are too young to have a voice,” Hoffmann said in an email to The Wire.

Hoffman recognizes the fear and sadness that comes with discussing issues of climate change, but she also frames this fight as a positive one. 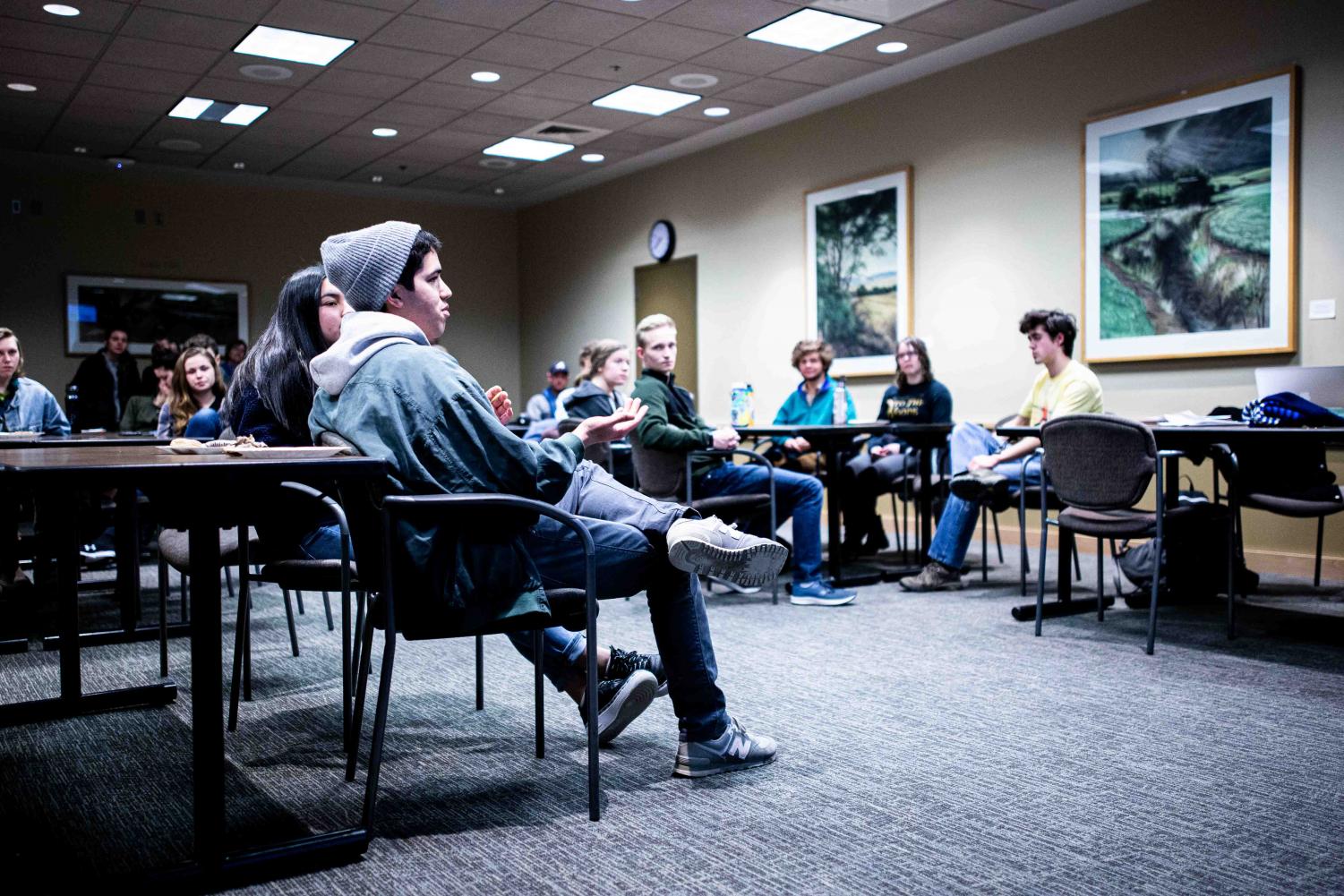 “In Walla Walla and everywhere, many people just don’t know how to react: the climate crisis seems to be too big, too abstract, too far away or too overwhelming to tackle. But we can’t afford to wait any longer or trust that other people will fix this for us. And that realization can be liberating,” Hoffmann said in her email. “That’s what I love about the Sunrise Movement and the parents group here in Walla Walla: I found a great community of Whitman folks and people from Walla Walla who understand that we need to make the fight against climate change a priority and that this fight can be invigorating, positive and joyful.”

Beling echoed this sentiment by emphasizing the hope and energy he feels when working with other activists.

“A lot of social justice movements have been younger people starting them on college campuses, and there’s just a lot of energy and hope that comes with it,” Beling said. “The most hopeful places I’ve ever been in are rooms full of young activists.”