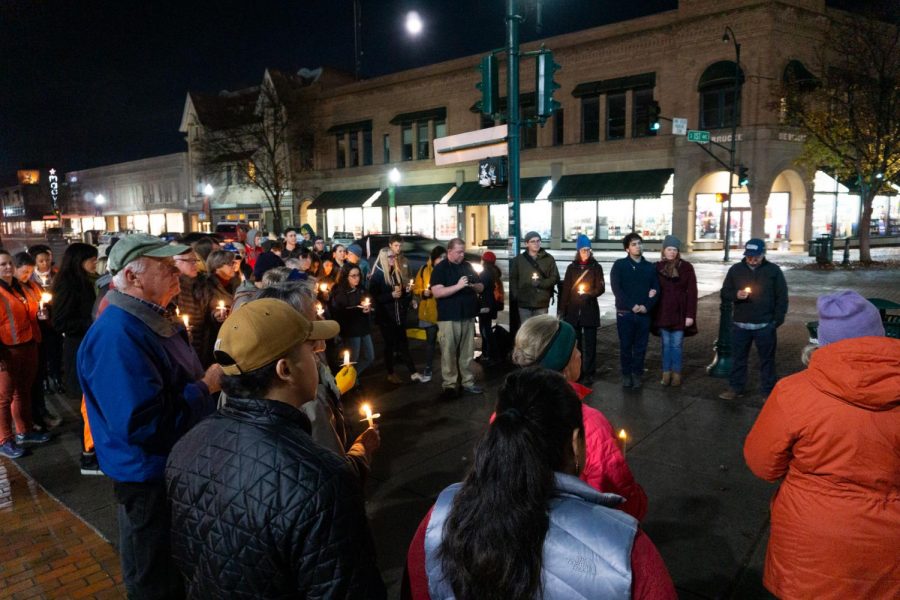 Whitman and Walla Walla community members gathered on the corner of 1st and Main at 6:30 p.m. on Nov. 12, a time and place specifically chosen to be accessible to working members of the community, including the immigrant population.

On Tuesday Nov. 12, members of the Walla Walla and Whitman community gathered downtown for an evening vigil held in support of Deferred Action for Childhood Arrivals (DACA) recipients.

The vigil, which took place on the corner of 1st Street and Main Street at 6:30 p.m., reflected nationwide activism occurring in response to Supreme Court hearings presiding over the future of DACA. The vigil was co-organized by the Walla Walla Immigrant Rights Coalition (WWIRC), Central Washington Justice For Our Neighbors and the Washington Immigrant Solidarity Network.

DACA was established in 2012 under the Obama administration in order to protect undocumented immigrants who came to the U.S. as children from deportation and allow them to apply for work permits. DACA protects approximately 700,000 recipients nationwide, and approximately 16,000 of these individuals reside in Washington state. In 2017, the Trump administration announced the rescission of DACA. In response, several lawsuits regarding DACA have made their way to the Supreme Court, and the Court is expected to make a decision in the coming months of 2020. 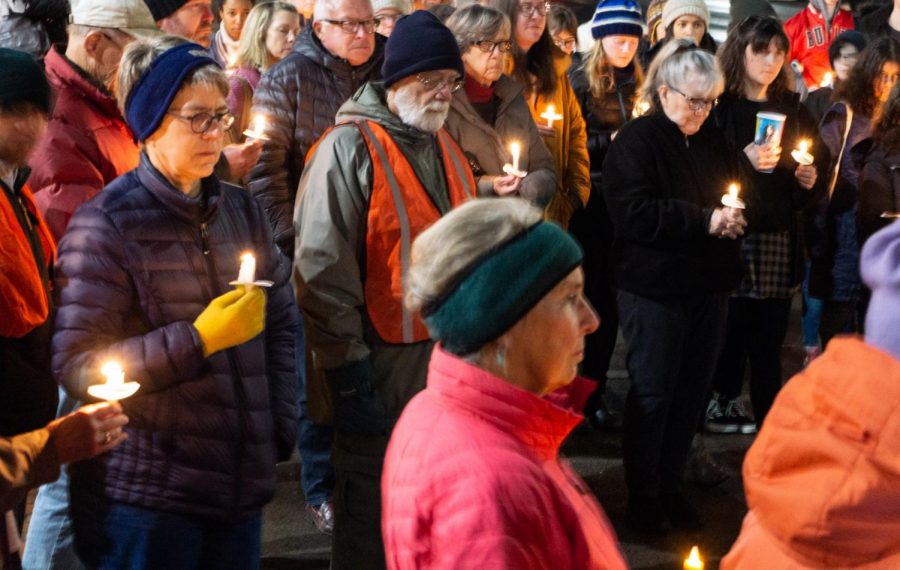 Amara Gariban Community members at the vigil held candles and participated in a two minute period of silence to show solidarity with the immigrant community in Walla Walla and the rest of the country.

Whitman College signed an amicus brief last month to demonstrate support for DACA, along with other colleges and universities across the country.

Allison Carney, a WWIRC volunteer at the vigil, explains that the time and location of the vigil were intentionally chosen to promote inclusivity and visibility.

“We really want to avoid things during the day that hourly workers can’t get away from their jobs for,” Carney said. “What I would really like is to have a visible showing of support for DACA recipients and the immigrant community — to show that there is support in Walla Walla and to make it a very visible statement.”

Alternating between English and Spanish, lead organizer Abigail Scholar and volunteer Eugenio Rojas recited a series of priorities created by immigrant youth leaders and coalition partners as part of “Home Is Here,” a national campaign calling attention to the stakes of the upcoming Supreme Court decision. The priority asks include a statewide DACA renewal and immigrant youth community relief fund as well as a comprehensive shutdown of detention centers — specifically, the Northwest Detention Center.

Scholar explains how the priorities were tailored for the Walla Walla vigil.

“There was a call [in the original priorities list] to shut down a particular juvenile detention facility, but considering who was here and who we work with, vocalizing shutting down the Northwest Detention Center made more sense as a local priority,” Scholar said.

At the vigil, Scholar called for two minutes of silence as community members held candles in a semi-circle.

“Even if the Supreme Court overturns the Trump administration’s decision — like how much fear is being stoked by these threats, by these changes that obviously have just one motive in mind, which is keeping black and brown immigrants out of the United States,” she said.

Devon Player, a Whitman first-year who attended the vigil to fulfill part of a Race and Ethnic Studies course project as well as to show support for the community, described the atmosphere of the vigil.

“For me it feels like kind of creating that environment of unity — as a community we’re all holding the same thing, so that’s connecting us a little bit despite not knowing each other,” Player said.