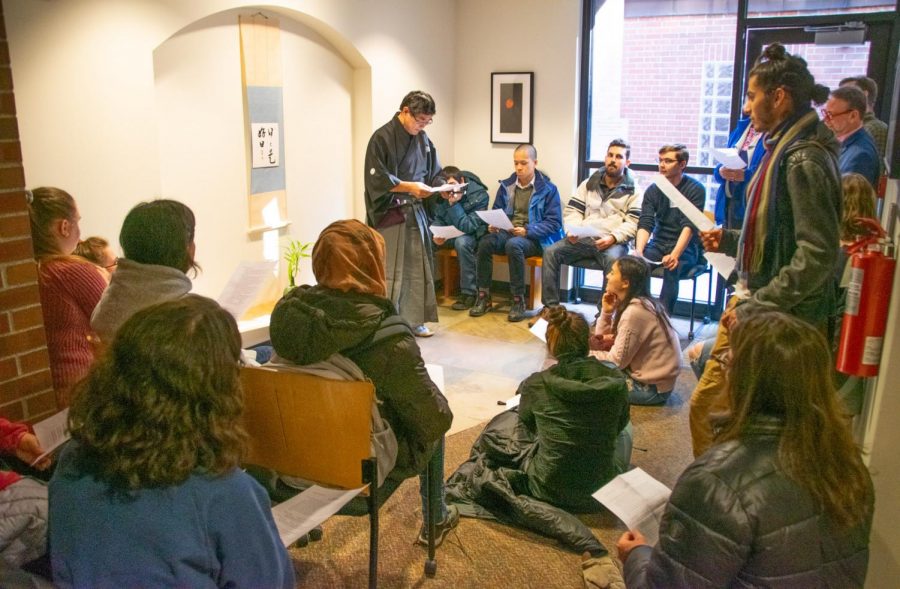 Despite the perception that Whitman does not have an active faith community, there are many students and community members who wish to create a space for faith at Whitman. Assistant Professor of Foreign Languages and Literatures (Japanese) Akira Takemoto was one of the speakers at the first Interfath Summit this past Saturday.

This past weekend, the Office of Religious and Spiritual Life organized Whitman’s first ever Interfaith Summit, an event that gave students from all backgrounds an opportunity to speak on their experiences regarding religious identity at Whitman and the possibility of having a specifically designed interfaith space.

Interfaith Chaplain Adam Kirtley explains how the common misconception of Whitman’s lack of religiosity doesn’t accurately reflect the community and what that means for individuals with a religious background.

“The campus did a climate survey about five years ago… one of the results was that students of faith report a lower sense of belonging at the college and a higher sense of considering transferring,” Kirtley said. “Whitman consistently shows up in the top ten least religious small liberal arts colleges in the country, but the reality of it is that we know over 30 percent of our students come to Whitman with some sort of religious identity.”

Michael LansDespite the perception that Whitman does not have an active faith community, there are many students and community members who wish to create a space for faith at Whitman. Assistant Professor of Foreign Languages and Literatures (Japanese) Akira Takemoto was one of the speakers at the first Interfath Summit this past Saturday.

Junior Phyllis Pawa, who is co-president of Hillel-Shalom, spoke on how she experiences her religious background at Whitman.

“Something that I don’t talk about a lot … is [that] I’ve really struggled [with] being a student of religion at Whitman … I’ve seen in classrooms a general lack of respect for people of religious backgrounds and an assumption that this college is inherently agnostic or atheist or non-religious and we’re not,” Pawa said. “If a third of your student body isn’t being served — and a lot of those students come from other minority backgrounds — we aren’t doing something.”

One of the main goals of the Summit was to determine what a potential interfaith space on campus would look like and mean not only for students of religious backgrounds, but for the whole Whitman community. The current interfaith spiritual activities room is located in the basement of Prentiss Hall.

Pawa describes the impracticality and discomfort held with the current system and the importance of this potential new space. 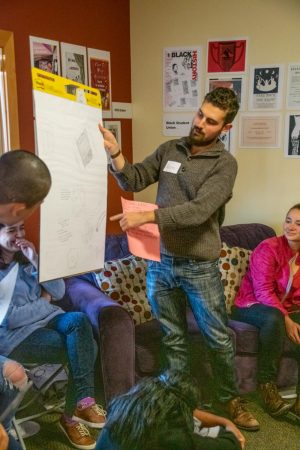 Michael LansStudents and community members gathered on Saturday, Nov. 2, for the first ever Interfaith Summit hosted by the Office of Religious Life and Spirituality.

“I think physical space is a representation of the importance of the group on campus. Until 2006 or 2007 we didn’t have a space on campus ever and because a sorority was shut down we were given their old chapter room in the basement of an all women’s dorm. My understanding from the conversations I’ve had with Adam is [for example], if you are a devout Muslim man, you cannot practice in a female-orientated space. So the space we have currently is inherently exclusionary,” Pawa said. “So for us, having a space would say to Whitman as a college, to the students on this campus and to potential students that religion is, in fact, a matter of diversity and it is respected.”

Sophomore Sunshine Alvarez saw the Summit as an opportunity to discuss faith, or a lack thereof, and notices a distinct absence of conversations surrounding and exploring religion at Whitman. He describes what he hopes this potential space will bring to campus.

“My ideal situation is a place that feels different. You step into it and there is a sense of stillness,” Alvarez said. “Where if you practice a faith or a religion that you can look around and [say] ‘yes, this is a place of worship for me if that’s what I want to do or this is a place of meditation or this is just a quiet place on campus that helps me decompress.’”

Pawa reflects on how the establishment of a physical space to explore religion and faith as well as host interfaith events would allow for more opportunities for everyone at Whitman to engage in difficult conversations. Kirtley expresses the same enthusiasm for the potential of the space to bring students together.

Alvarez reflects upon how engaging in these types of conversations isn’t always easy, but can create the foundation for a more inclusive environment.

“[It starts with] putting myself out there in a vulnerable position of trying to start a conversation. And if it doesn’t stick, it doesn’t stick. But if it does then you have one more instance of creating a conversation,” Alvarez said. “It’s about being inclusive about how people view a world instead of saying ‘you’re wrong!’ from the start. Be genuinely interested [in] those types of conversations where you get to know the other person in the process.” 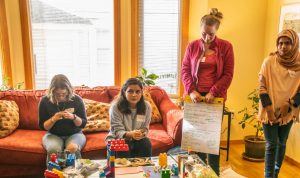 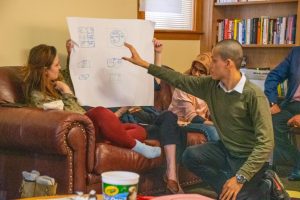